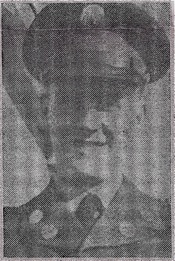 Corporal Couch entered the service March 1, 1948, and received his basic training at Fort Jackson, SC, where he was stationed for seven months. He went overseas in October of the same year and was killed July 16, 1950.
-Submitted by his sister, Audrey Wheeler

The Greeneville Sun, January 27, 1951
Cpl Samuel H. Couch, aged 22, of Bulls Gap, who was reported this week as having been killed in action in the Korean Area is survived by his parents, Mr. and Mrs. Carl Couch, six sisters, Anna Lee, Audrey, Virda, Robbie, Fay and Gay and three brothers, Donald, John and Ross, all of Bullsp Gap. Cpl. He was reported several weeks ago as missing in action. Yesterday his parents received a notice from the War Department stating that he had been killed in action. 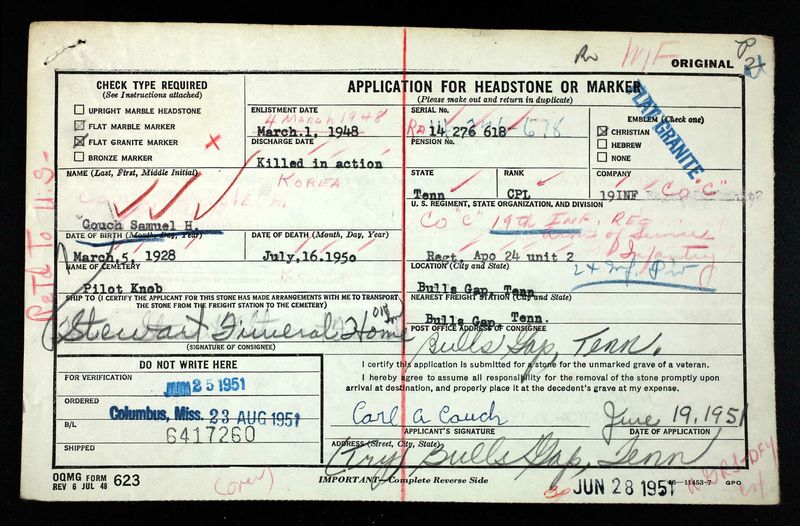 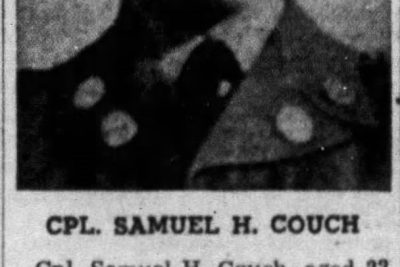