Eyewitness statement:
Aircraft B-29 with serial number 44-69747, which took off from this station for a bombing mission on Tokyo, Japan at 1915, 9 March 1945. Aircraft did not assemble and bombed target individually therefore making it impossible for returning crews to state whether any aircraft was lost over the target. Aircraft 747 is 12 hours overdue at time of this report and has not been heard from since its departure. Not other information is available at the present time.

Samuel F. Reneau and Henry S. Solomon (from Brownsville, Haywood, Tennessee) were crew members on aircraft 44-69747. The B-29 was lost when it hit mountain Wasurezu, Shichigashuku-mura, Miyagi Prefecture on Honshu Island in bad weather on the night of March 9-10, 1945 while returning from a reaid on Tokyo. All on board were killed. 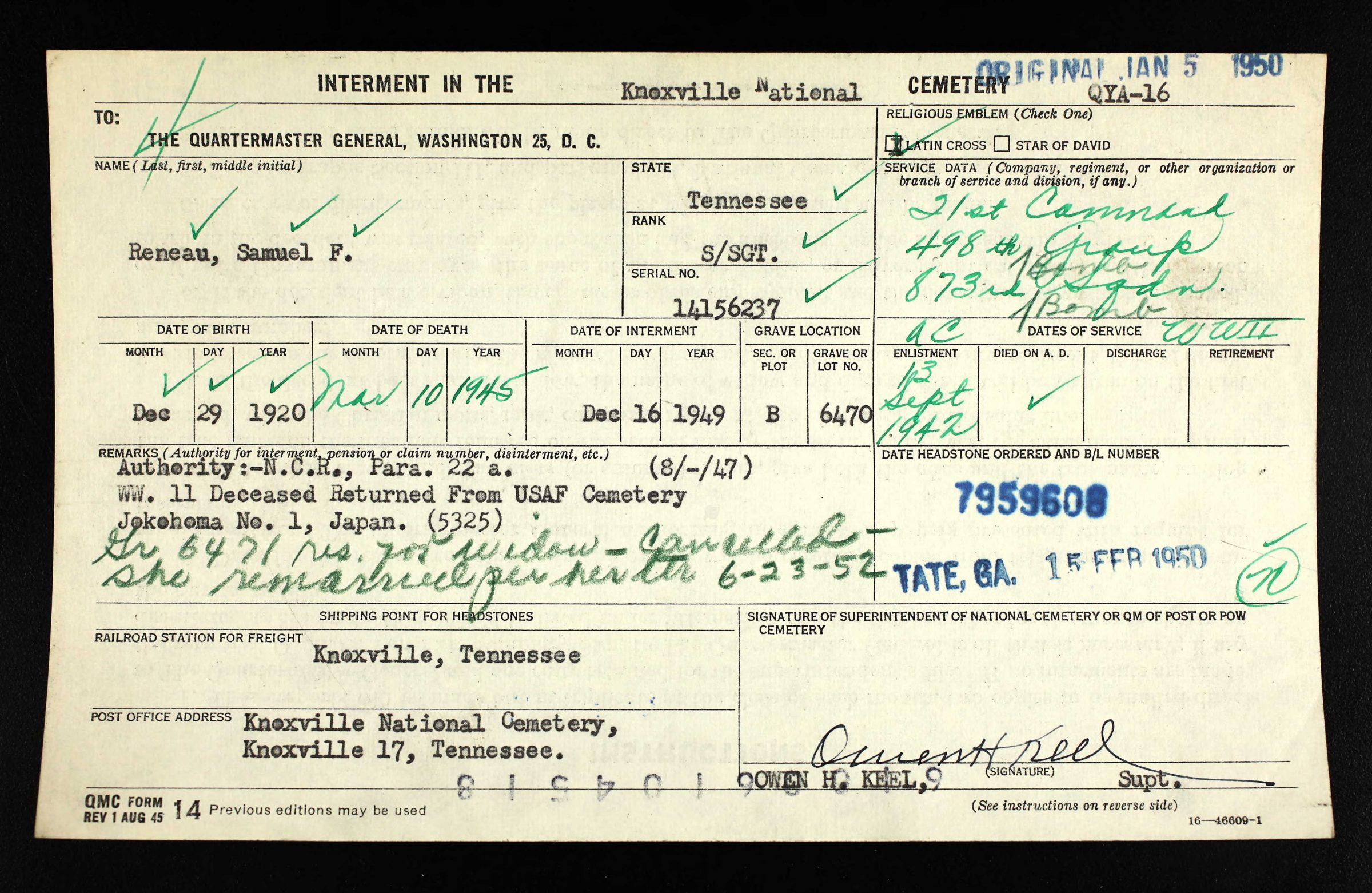 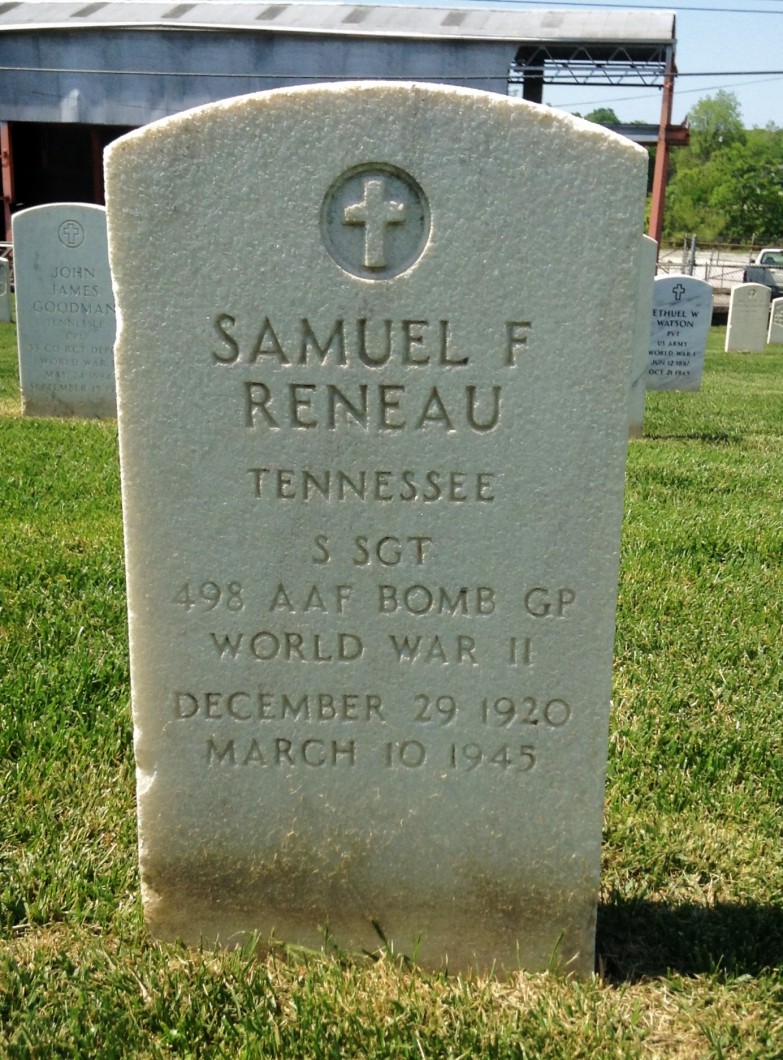