Aircraft B-24H with serial number 42-95328 departed from San Giovanni Field on an Operational Mission to Ploesti, Rumania. The aircraft collided with another plane of the formation and crashed 30 km south of Tirana. Sgt Hodson was the only survivor.

Statement from Arthur A. Miller
At about 1410 hours, I looked out the waist window in time to see the two planes crash in mid-air. Plane No. 328 was underneath the other plane and trying to evade the plane above. The top plane dropped suddenly on 328 breaking both planes in half. I saw three chutes emerge from one of the planes but was unable to see from which plane they emerged. I saw the planes crash and burn upon inpact with the ground. 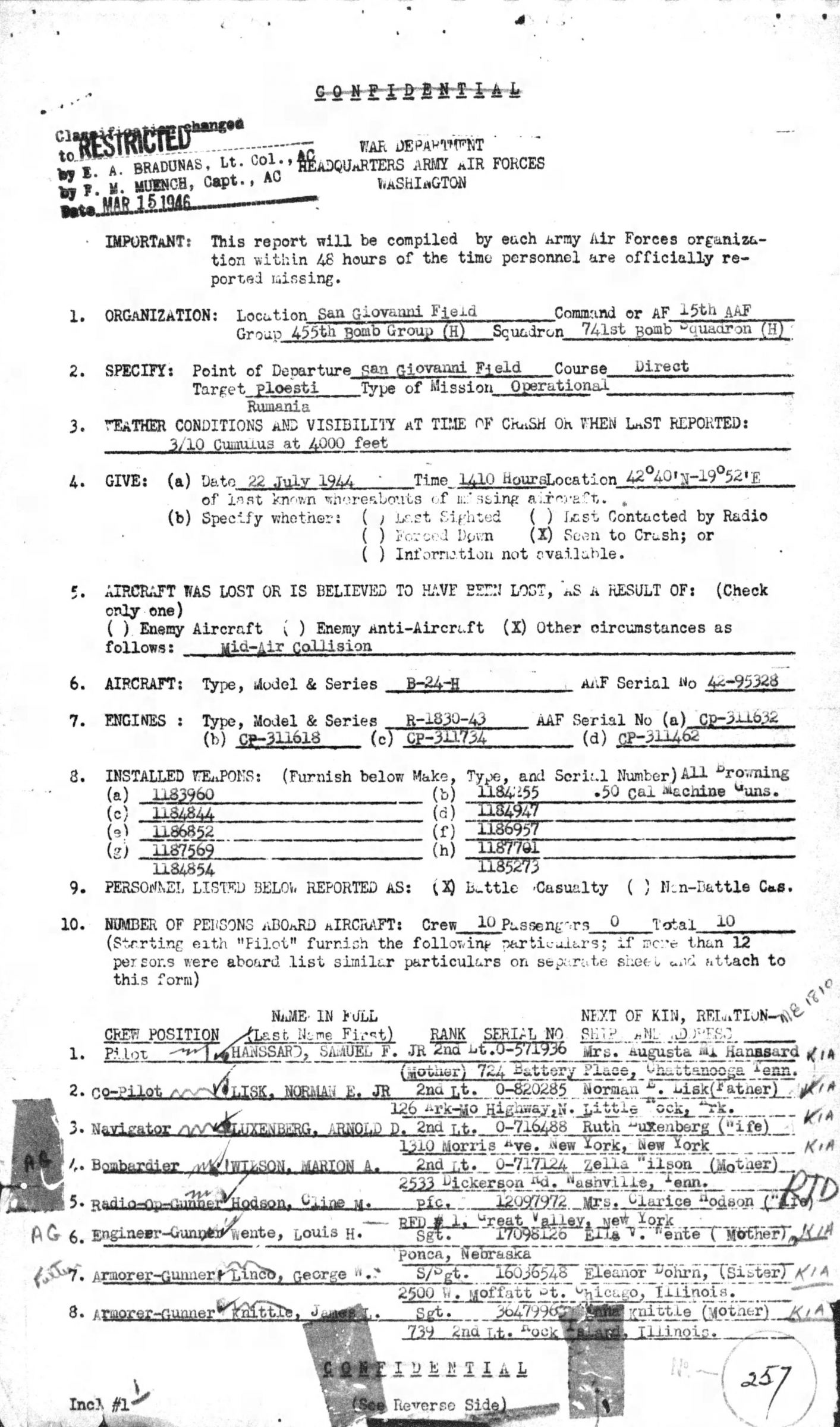 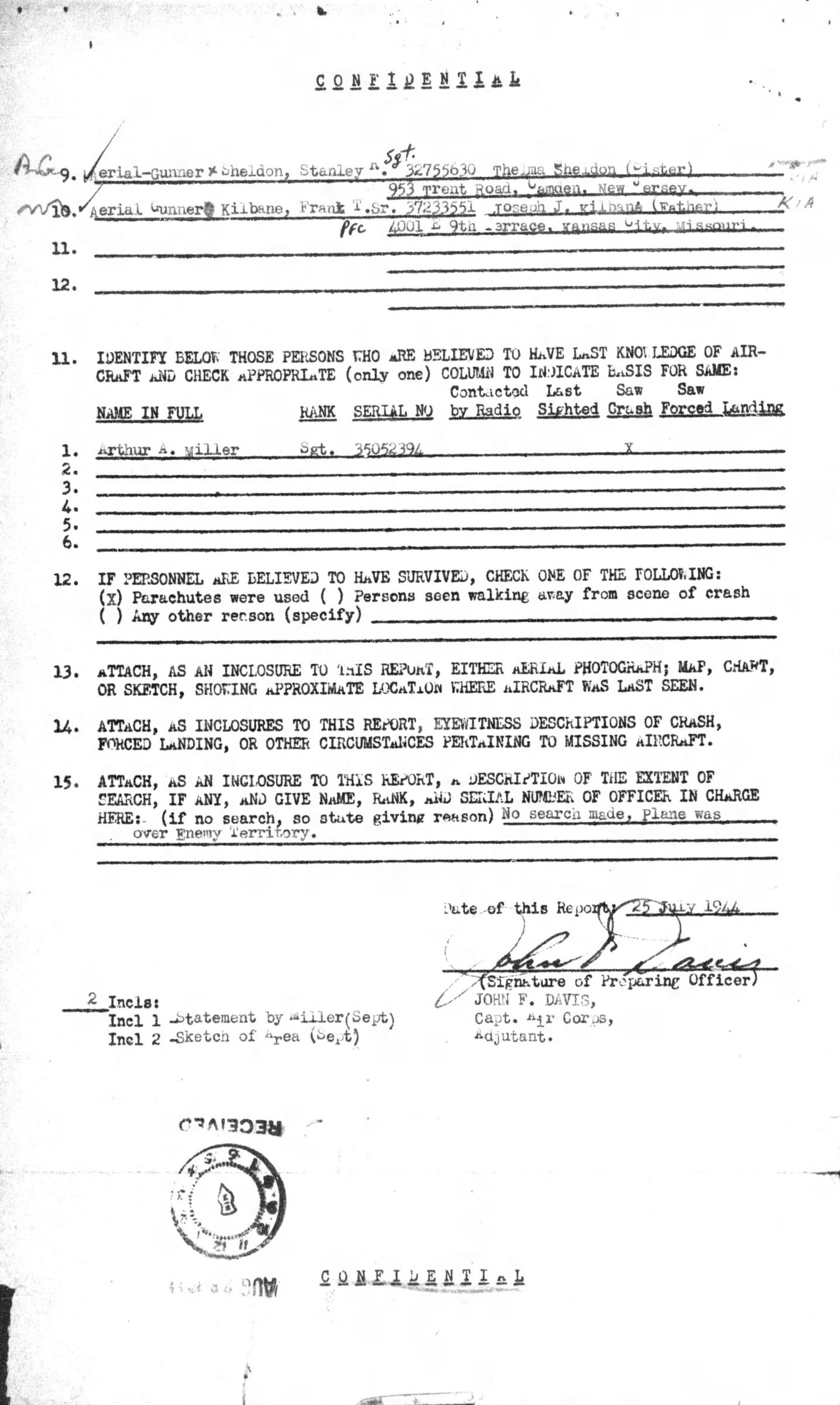 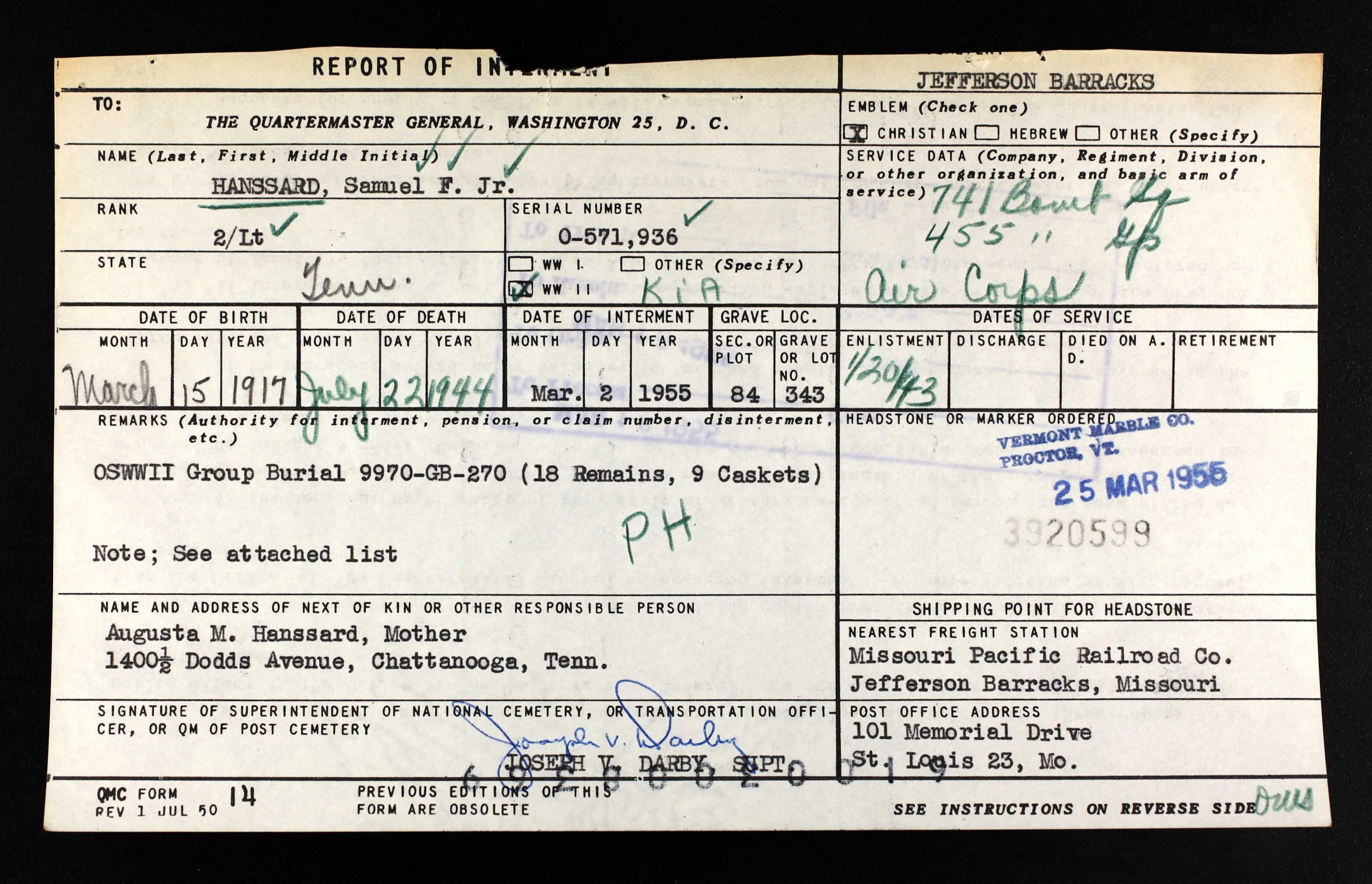