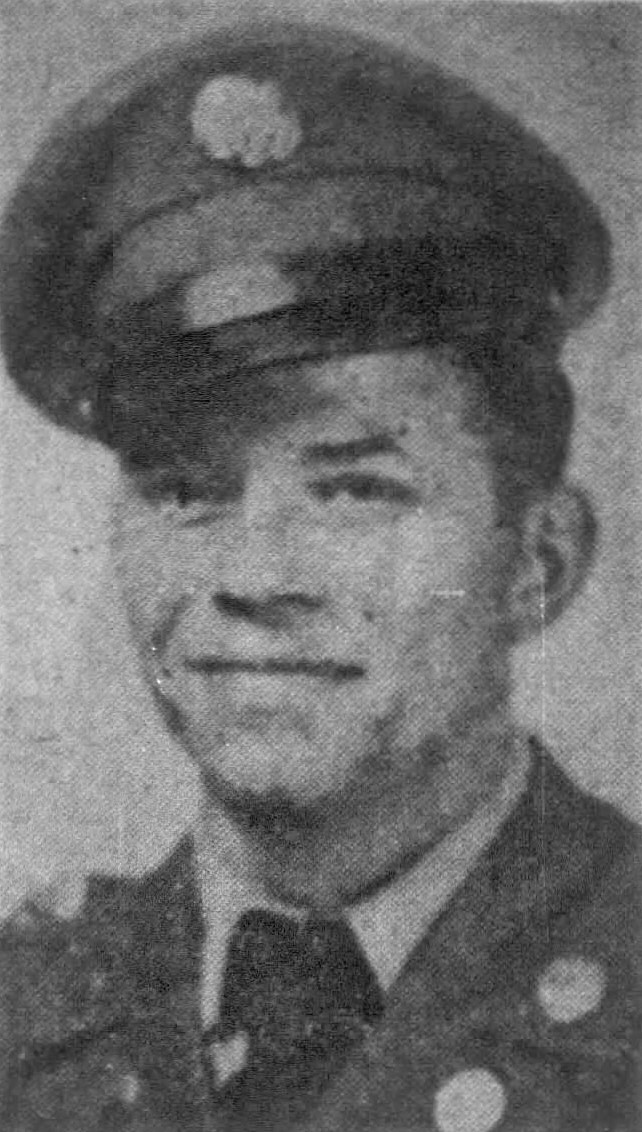 Samuel Floyd Gill Jr. was born on 31 January 1932
Private First Class Gill was a member of the 38th Infantry Regiment, 2nd Infantry Division. He was Killed in Action while fighting the enemy in North Korea.
Buried at Cumberland View Cemetery, Jasper, TN

The Chattanooga Times, December 14, 1950
Pfc. Samuel F. Gill Jr., son of Mrs. Gertrude Marshall, 2215 East 12th Street, Chattanooga, is one of five Tennesseans reported killed in action in the Korean area in a casualty list released by the Department of Defense yesterday. Pfc. Gill, who enlisted in the army here one year and 10 months ago, landed with a heavy mortar company of the 38th Infantry Division at Pusan on Aug. 19, his mother said here last night. She said he was reported killed in action somewhere in North Korea on Nov. 27. He attended South St. Elmo School, and for more than a year before he entered the army he had held various odd jobs with local firms. He is survived by his mother, a sister, Mrs. Jack McDowell of 2217 East 12th Street, and a half sister, Dianne Gail Marshall, 6. 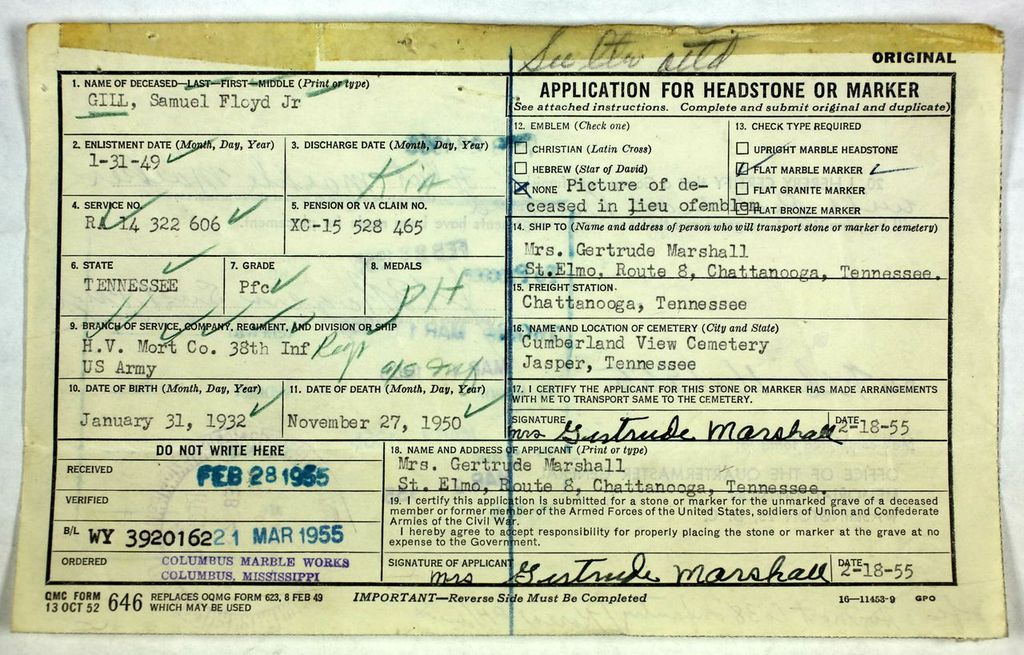 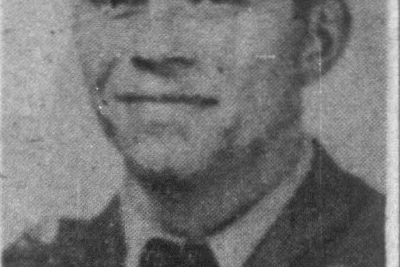 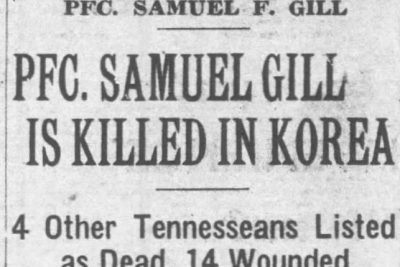 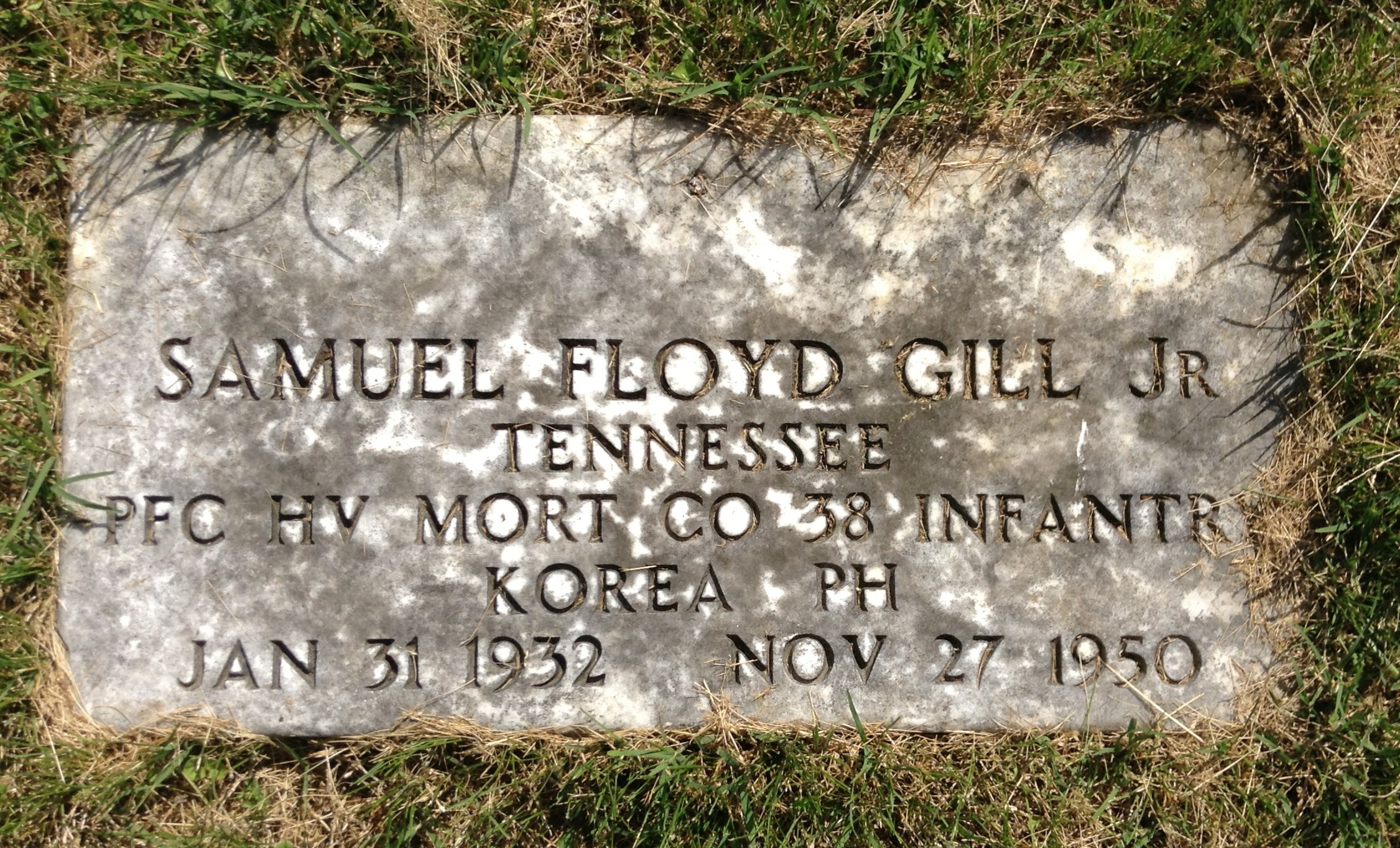 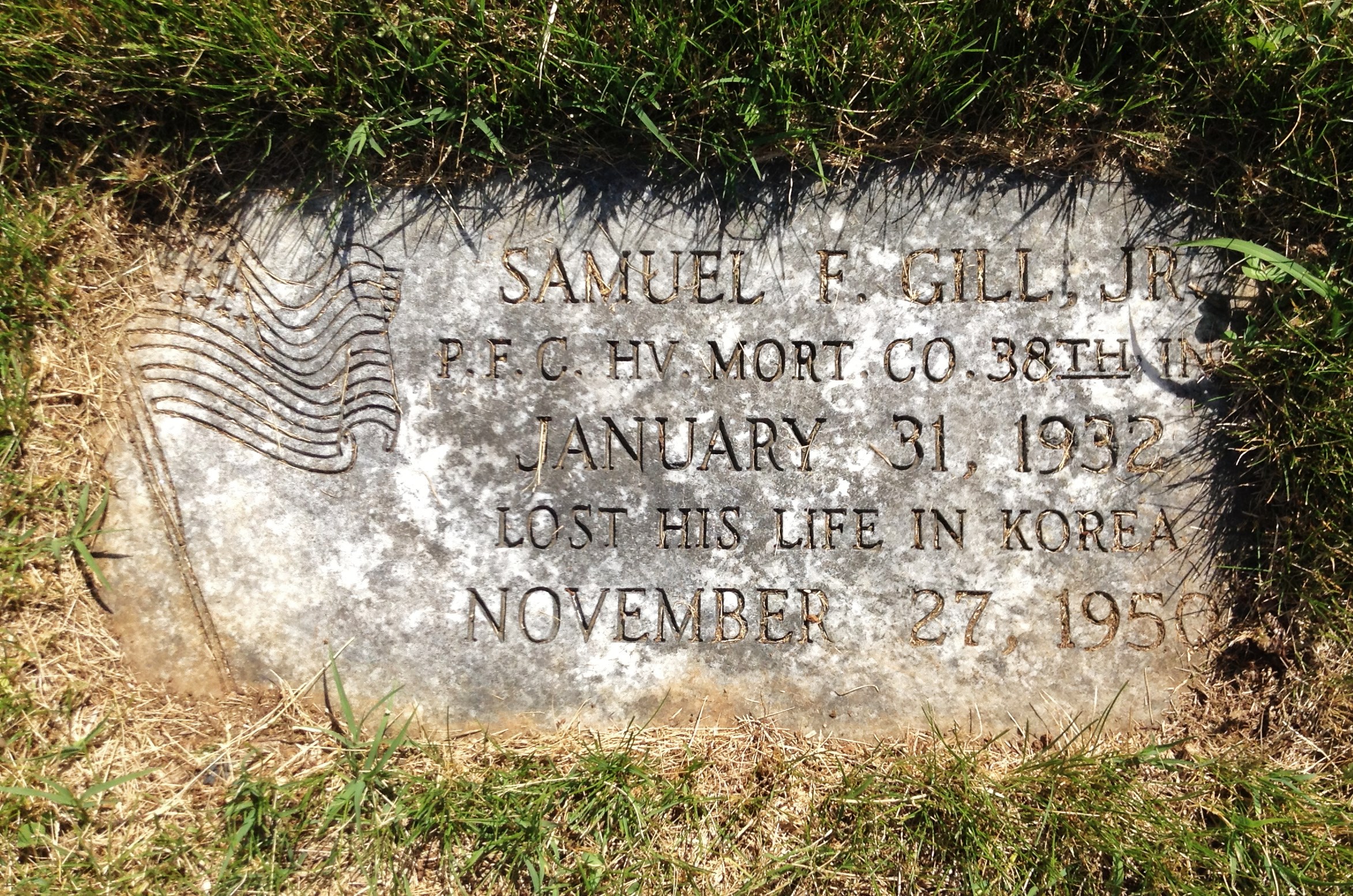