Samuel Floyd Bennett was born 11 November 1897 and was from Jellico, TN. He went down with the sinking of HMS Otranto after a collision with HMS Kashmir on 6 October 1918: “About three hours after the collision, a large wave dropped Otranto onto Old Women’s Reef”, about three-quarters of a mile (1.2 km) offshore, near the entrance to Machir Bay, missing a sandy beach just north of the reef. The action of the enormous waves quickly broke the ship in half and then ripped her bottom out. Of the roughly 489 men aboard after Mounsey departed, only 21 (17 of these were American) were able to successfully swim ashore, although two of these, including one American, later died of their injuries”.

Listed on the Tablets of the Missing at Suresnes American Cemetery, Suresnes, France.

September 25th saw the Otranto leaving America with a full load of troops on which, would be her last trip across the Atlantic. On 6 Oct. 1918, during a heavy storm while carrying troops from America to Glasgow and Liverpool, HMS Otrantocollided with the P&O liner H.M.S. Kashmir also carring American troops, in Machir Bay off the North coast of Islay, Scotland, drifted ashore and became a total wreck. The loss of life was heavy – 431 drowned, including 351 American soldiers – though there were 367 survivors in all. Although the destroyer H.M.S. Mounsey managed to take off several hundred soldiers and crewman 431 died. The dead were buried with military honors in a cemetery in Kilchoman on Islay.

Just after breakfast on Sunday morning 6 October 1918 there was a great jarring and the ship trembled severely. The men on the Otranto were instructed to remain calm and 15-20 minutes later were again instructed to get on deck as quickly as possible. Once on deck the men were faced with very strong winds. Strong enough that one had to hold on to something to keep from being blown over. Soon the word was passed the another ship the Kashmir, had broke her rudder and her Captain was unable to control her hitting the Otranto amidships and bow on port side. This ripped a large hole in her side at the point where the ships hospital was. There were several men in the hospital who were killed outright. She took on a list very quickly and flooding into the engine room shorted out the generators and the lights went out. The conditions of the sea at that time were swells of 15 to 20 feet or more and men were being thrown across the deck of the ship. About this time the HMS Mounsey was coming along side and the swells crashed the two ships together. Men were beginning to jump off the Otranto and onto the Mounsey some timing the jumps right and making it to the Mounsey and others were crushed as the two ships slammed together. At this time the mortally wounded Otranto was grounded on some rocks and was tearing herself apart and soon tore into two parts. Captain Ernest W. Davidson true to the ancient traditions of the sea, stayed with his ship and went down with her in the terrible sea as he saluted his men for one last time. Men were in the raging sea and clinging to anything that would float. One man survived by grabbing a large tub of lard that was floating by him. After being in the water for about 2 hours he finally made it to shore looking like a giant grease ball. By 11:00 am it was all over the Otranto was gone with many men and those who survived were taken to Belfast, Ireland. 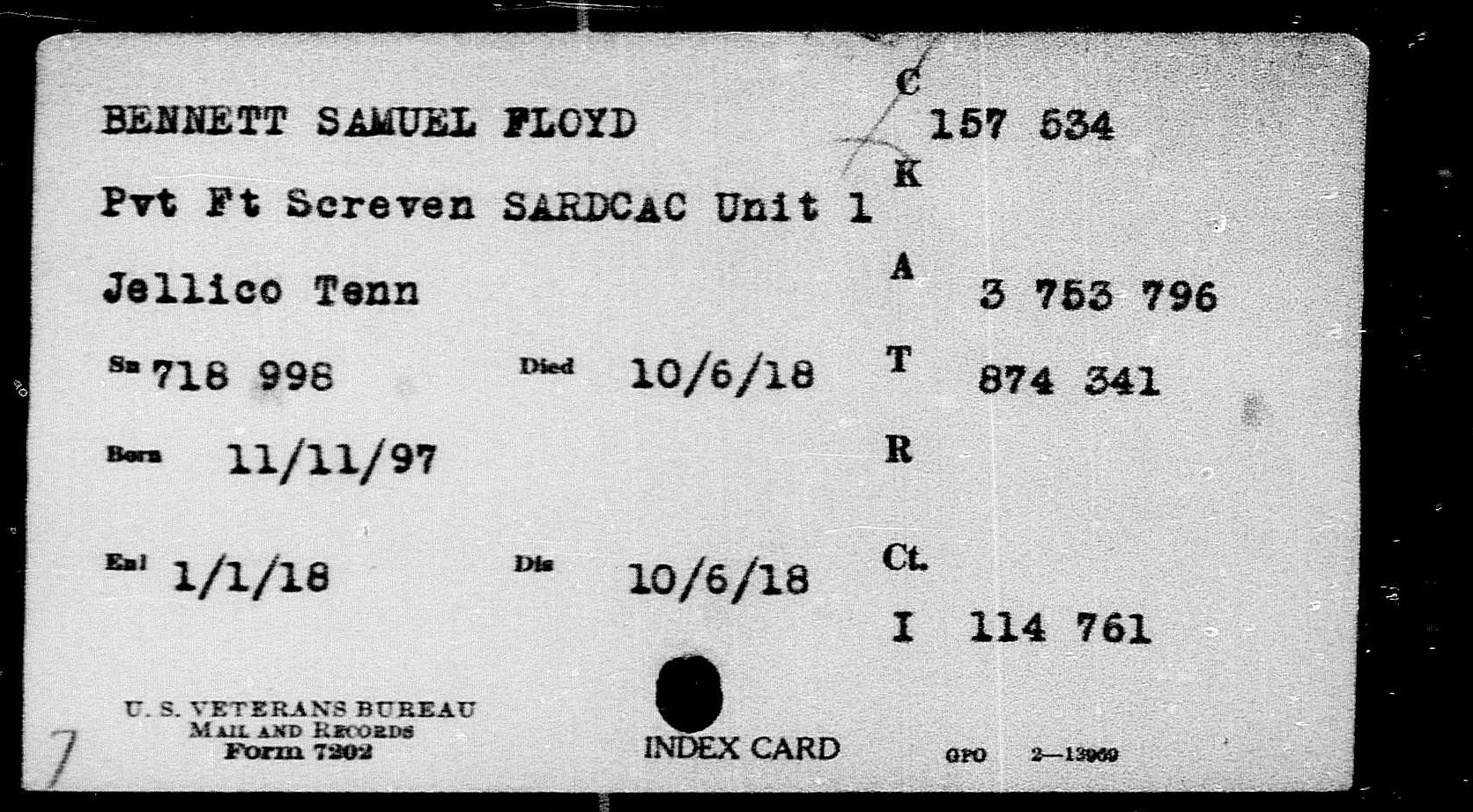 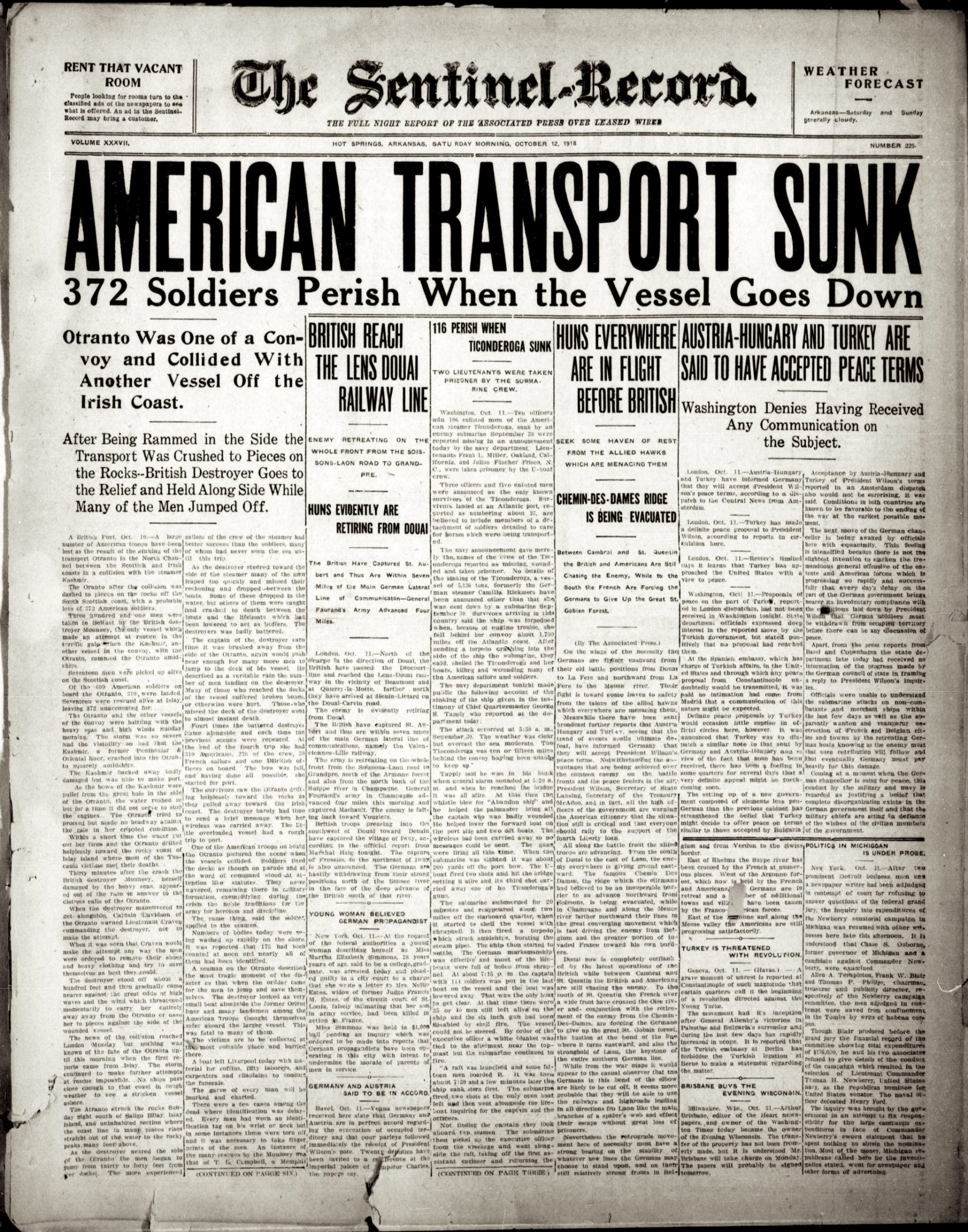 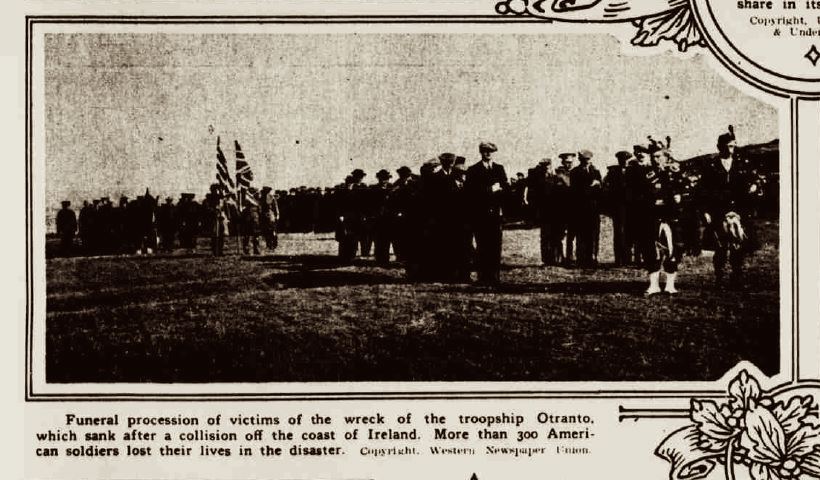 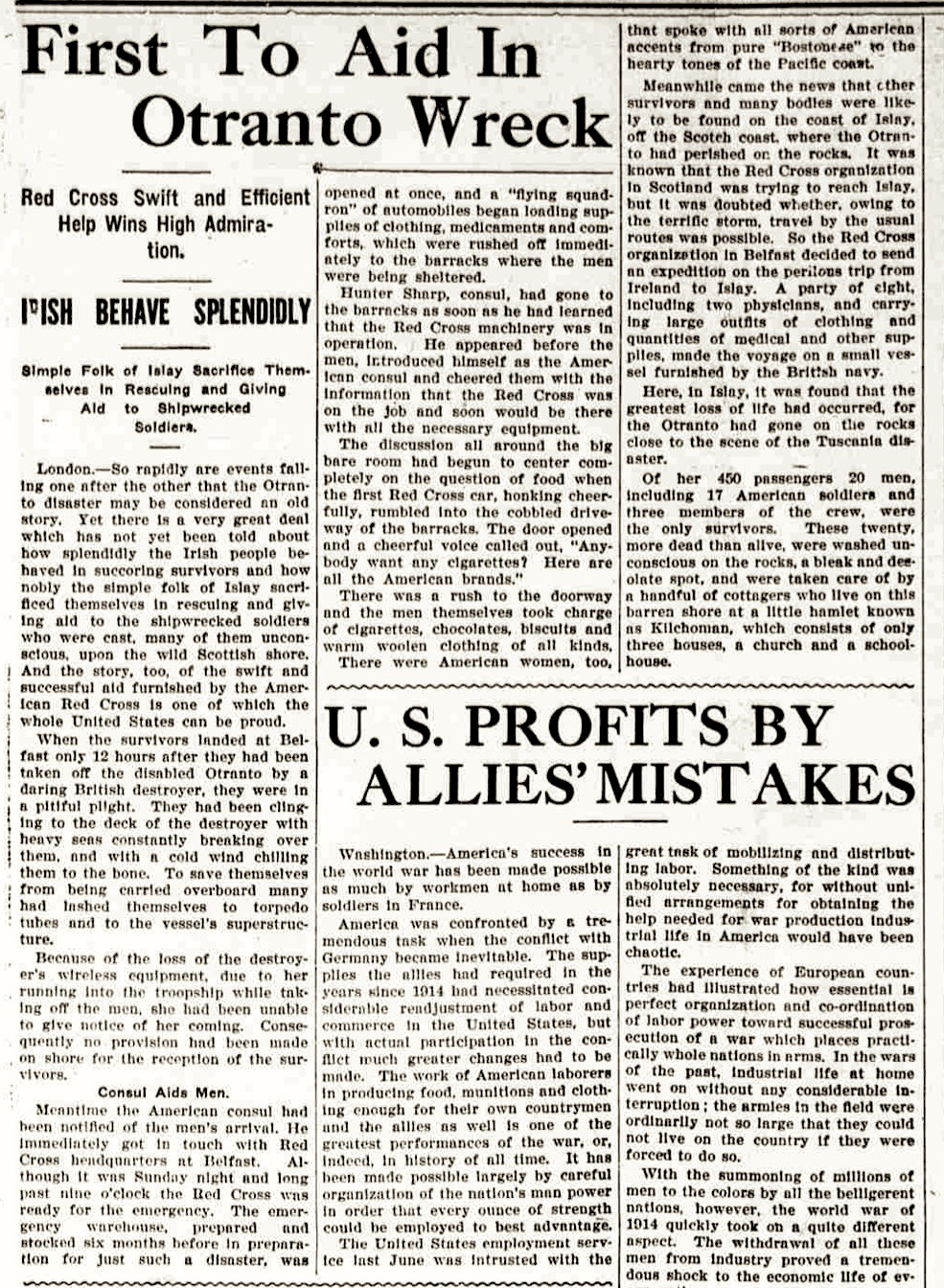 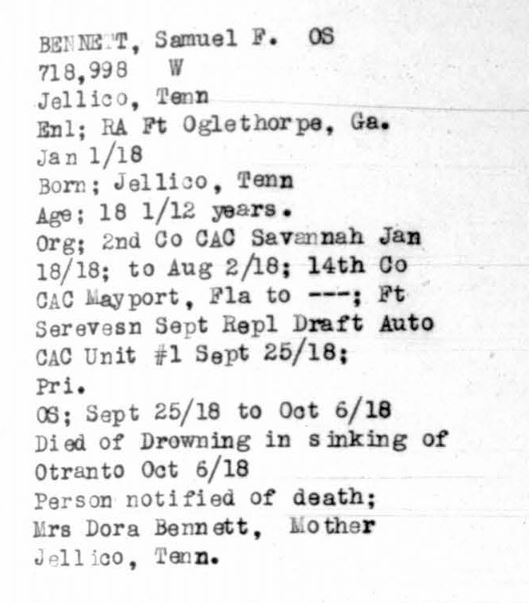