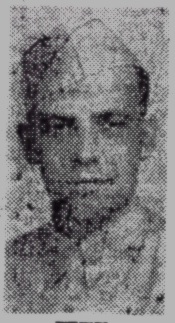 Aircrafth B-24 with serial number 42-41133 in Bay approximately 1 ½ miles off the coast of Lae, New Guinea  after takeoff on a combat mission on 5 March 1944. His body was never recovered.

The Knoxville Journal, June 24, 1942
Samuel E. Jett, son of Mr. and Mrs. John D. Jett Sr. was a Central High boy and graduated from Tennessee Military Institute at Sweetwater. He played football at both schools. His first assignment in the Army, which he joined at Fort Dix, N.J., was gunnery training. He is now a student bombardier at Geiger Fields, and has almost completed his current course. 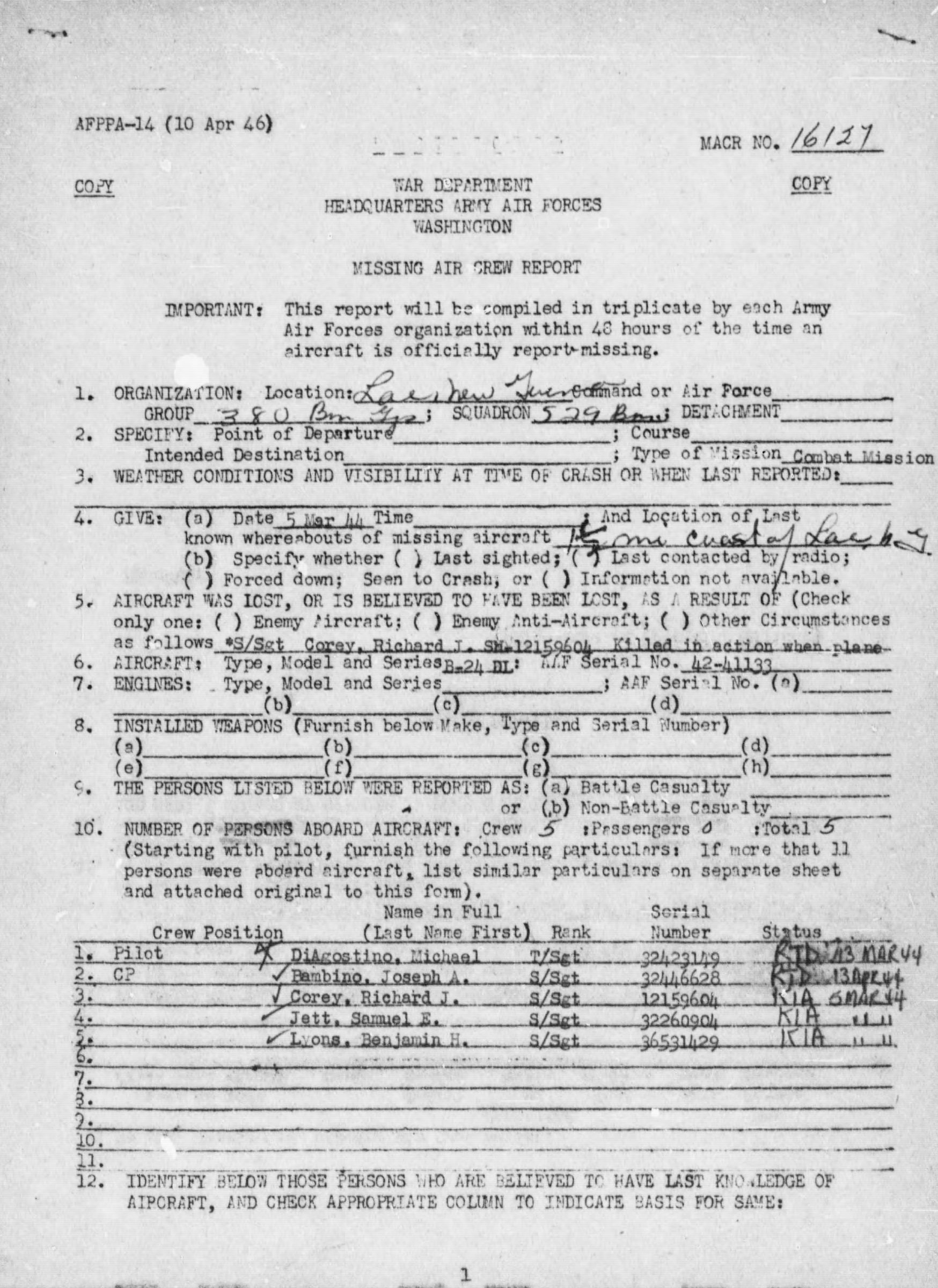 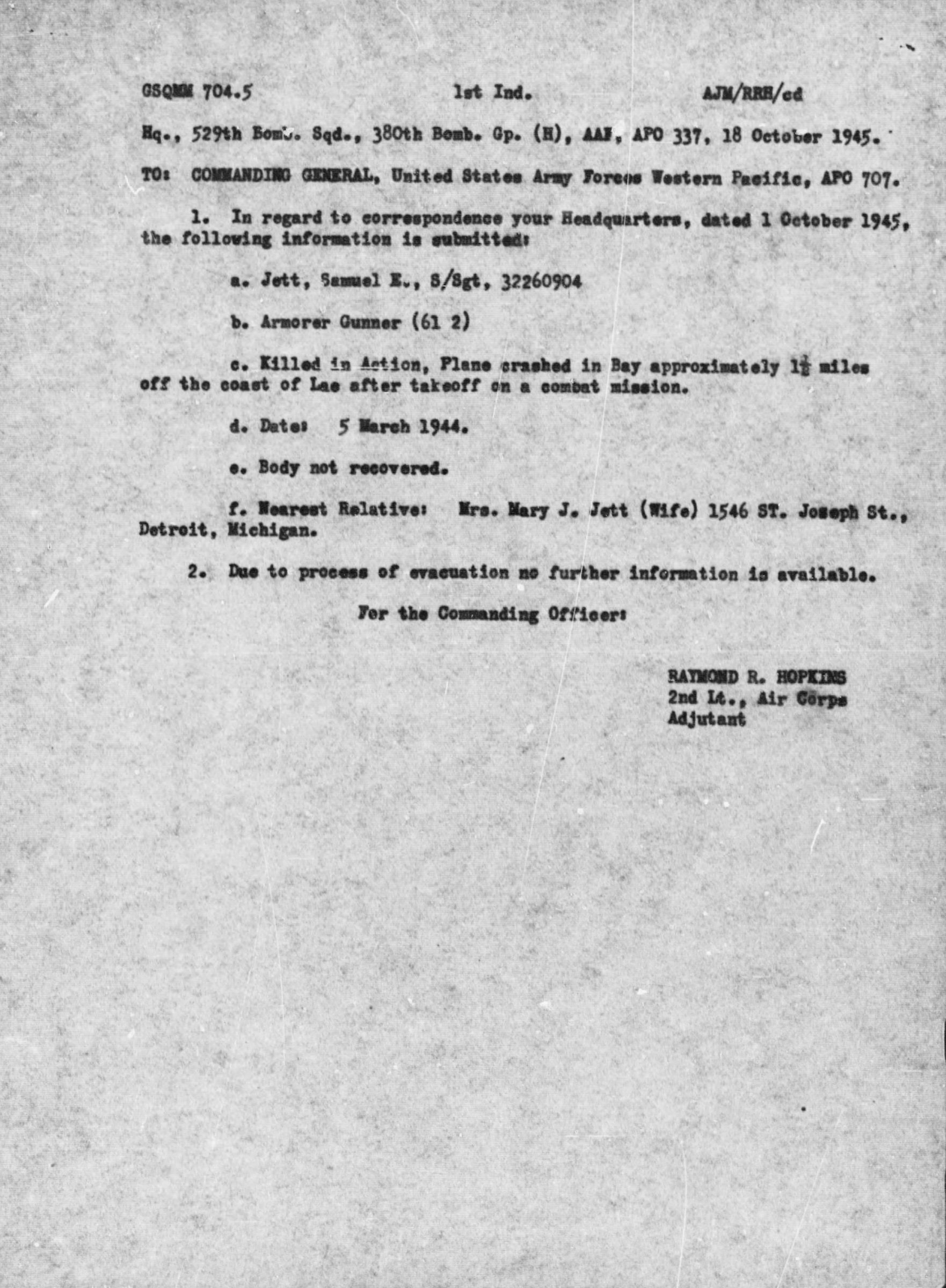