Samuel Bayless Isbell was born in 1922, the son of Thomas Bayless Isbell and Agnes Eudora Rutledge.
He died non Battle in a plane crash in Iran.
Samuel B. Isbell was initialy buried at the El Alia Cemetery in Algiers, Algeria and was reburied at North Africa American Cemetery, Carthage, Tunisia, E, 3, 14

The Knoxville Journal, March 5, 1945
Lt. Samuel Isbell, 23, son of Mr. and Mrs. T.B. Isbell of Riceville, was killed in a plane crash Feb. 18 in the Middle Eastern area in Iran, the War Department has notified his parents. A former honor student of Charleston High School, he was in his third year at Lincoln Memorial University when he enlisted in the Army Air Corps. He took basic training at Randolph Field, Texas and received his commission as second lieutenant at Lake Charles.
An instructor at Coffeyville Army Air Field, he obtained a transfer into the Army Air Transport Command and went overseas in September, 1944, and was promoted to first lieutenant in July, 1943. He was stationed in Iran when killed.
Lieutenant Isbell is survived by his parents, and two brothers. They are Flight Officer Thomas Isbell serving in India and Jimmy Isbell at home. A sister, Nancy Isbell, is a senior at State Teachers College in Johnson City. 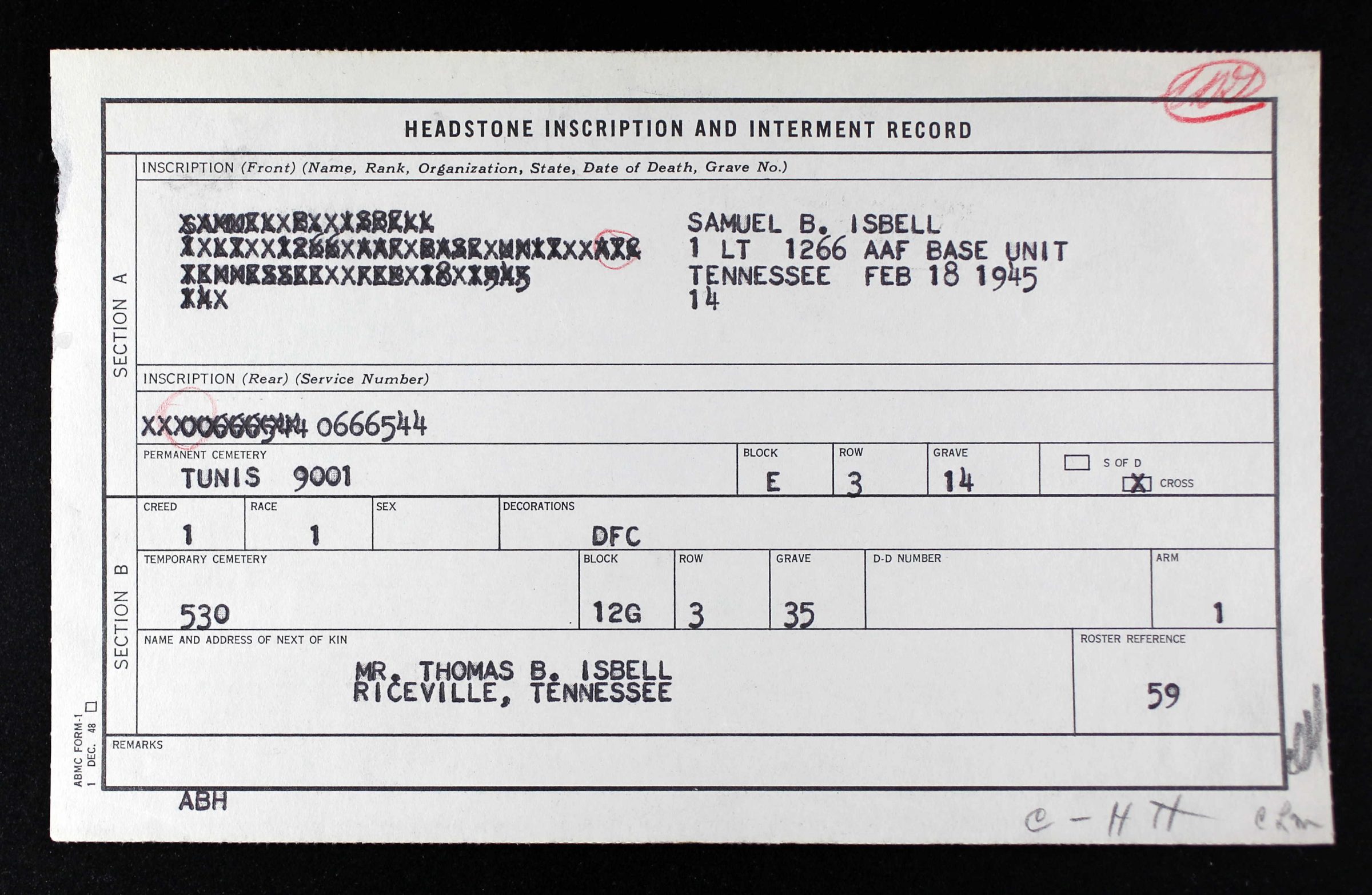