Corporal Samuel A. Bush #14134088 US Army Air Forces served with the 820th Bomber Squadron, 41st Bomb Group Medium, flying in a B-25, with serial number 42-64893, 7th Air Force in the Pacific Campaign. His unit was based in the Marshall Islands at the time of his death on 2 January 1944. The entire crew was declared killed in action. They are listed on the Tablets of the Missing, Honolulu Memorial, Hawaii.

From the Pacific Wrecks web site:
Mission History
Took off from Tarawa Airfield. One of nine B-25’s flying at low altitude for a strike at Emiej Island part of Jaluit Atoll. Struck by anti-aircraft fire, and damaged. Reportedly losing part of its right wing, which struck the tail and caused the plane to invert, and then crashed into the lagoon off Imroij. After the war, the Japanese reported all died in the crash.

Wreckage
The debris field of this aircraft was discovered in 1998 by Matt Holly. Interviews with locals by Matt Holly reveals that the bodies were originally brought onto the beach, and personal effects removed, then dumped on the far side of the reef, near the crash site by the locals under orders from the Japanese. 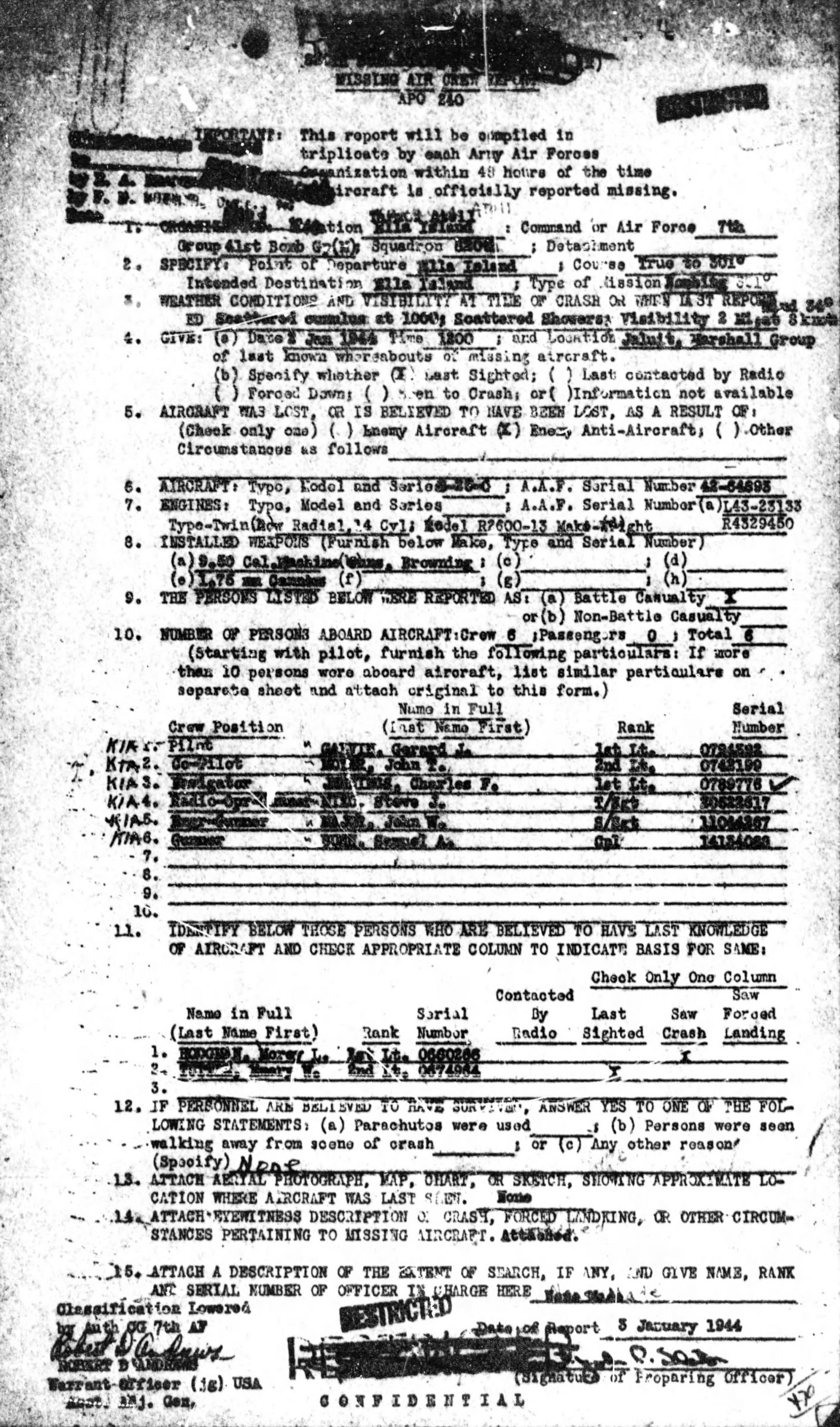