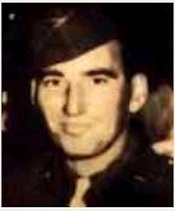 Private First Class Samson Hershfield #34378958 US Army. Was Born 13 November 1912 in Chattanooga, Tennessee to Isadora A. Hershfield and his wife, Ida Alshanetsky Hershfield. He Had two brothers and sisters, Grace, Abe, Leo and Emily. He was married to Josephine M. Hershfield. He was of the Jewish Faith.

He was assigned the 290th Infantry Regiment, 75th Infantry Division. It arrived in Great Britain on the 22nd of November 1944. Then, on the 13th of December 1944, the Division landed in France and crossed through the Netherlands. The Division was rushed into the front line to try and stop Gen Von Rundstedt’s push which became known as the Battle of the Bulge.

On the 25th of December P.F.C. Herschfield was killed by a German machine gun. 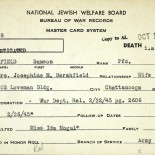 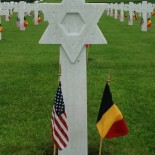 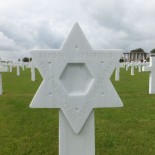 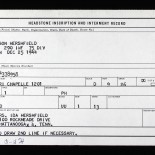