The Jasper Journal, May 11, 1944
Pvt. Sam T. Haskew, age 19, was killed in action around April 12, according to the War Department which notified his parents, Mr. and Mrs. R.H. Haskew of Battle Creek, about three weeks ago. Mr. and Mrs. Haskew were first notified of their son being missing in action and later of his death Monday, May 8. They received a letter from his chaplain, telling them that their son had had a beautiful military funeral, and that he himself had conducted the service. Pvt. Haskew had been in the service eleven months, vonlunteering the service of his country on June 5, 1943.
He was a graduate of Marion  County High School, class of 1943. 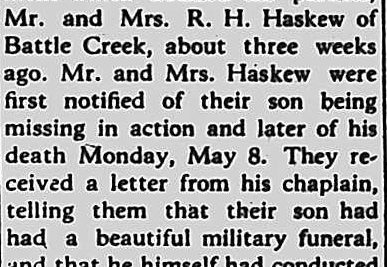 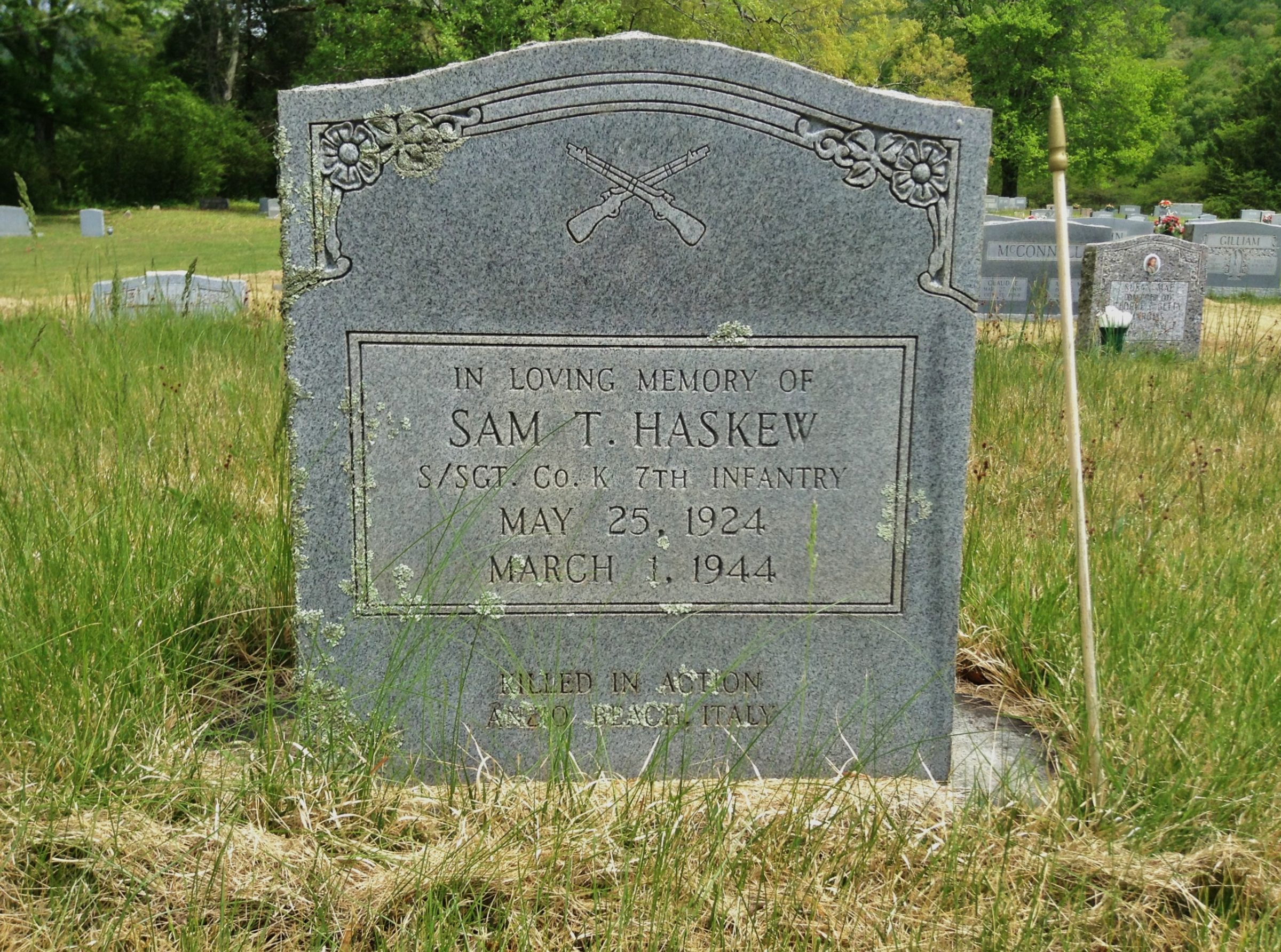