The Chattanooga Daily Times, November 4, 1950
Sgt. (1cl) Sam Jones, nephew of Dolfas Daniels of Chattanooga, has been awarded the Bronze Star posthumously for heroism in action against the North Koreans at Yangpo, Korea, it was announced yesterday by the First Calvary Division. Sgt. Jones’ company was attacked by a superior force of North Koreans. “Even though his machine gun nest was sure to be overrun by the enemy force, he remained in the position to fight,” the relase said. The citation accompanying the Bronze Star said: “Sgt. (1cl) Sam Jones, infantry United States Army, a membeer of Company H. Seventh Cavalry Regiment, First Calvary Division, for heroism in action against the enemy on Aug. 12, 1950 at Yongpo, Korea. When the enemy in superior members overran the forward positions of Sgt. (1cl) Jones’ company, he and two other machine gunners, with complete disregard for their own safety, refused to give up their position. When their machine gun ammunition was exhausted, Sgt. Jones and his two comrades fired their individual side arms, continuing to inflict heavy losses on the enemy, until the enemy was forced back. Sgt. Jones heroic action contributes greatly in saving the lives of many of his comrades and reflects great credit upon himself and the military service.” 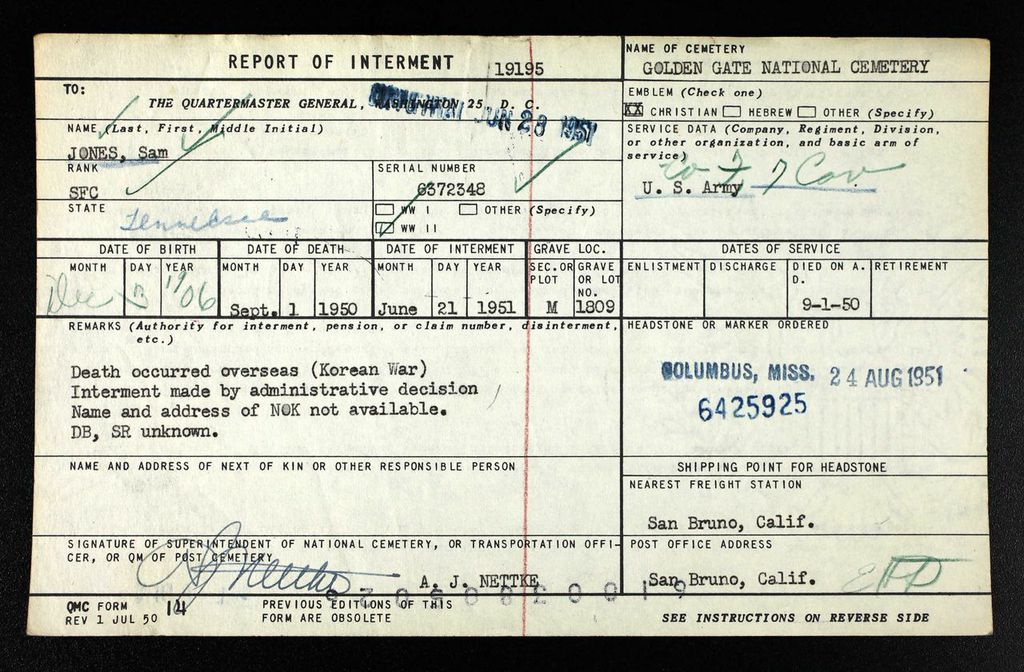 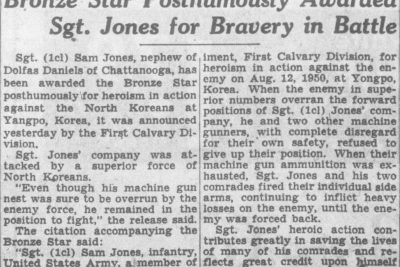 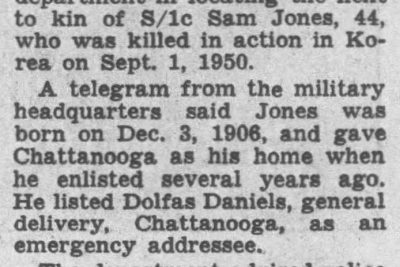