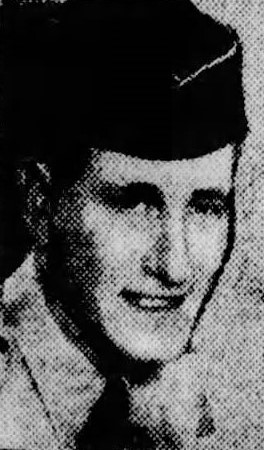 The Knoxville News-Sentinel, August 13, 1953
The Silver Star medal, awarded posthumously to Pfc. Sam D. Williams for gallantry in Korea last April, will be presented to his wife, Mrs. Martha Williams, at 7 p.m. tomorrow. Lt.Col. Walter E. Schoenfeld of the military science and tactics department at U-T will make the presentation at the home of the soldier’s parents, Mr. and Mrs. Frank W. Williams, 900 East Magnolia Avenue. Pfc. Williams was ticketed to come home when he was killed near Yangjimal, on Sniper Ridge, the past April 4. His family had received a letter from him a few hours before the notification of his death, saying he would sail for home during the month. His citation said Pfc. Williams volunteered to more forward under heavy enemy fire to repair to have been severed by hostile fire. He made a “courageous search for the break,” it said and “during this valiant act he was mortally wounded by the explosion of enemy rounds.” Pfc. Williams, 25, was a member of Second Methodist Church. He attended Park Junior High School and later worked fora n automotive concern here before entering service nearly two years ago. Besides his wife and parents, he leaves a younger brother, James F. Williams, also of Knoxville. Mrs. Martha Williams lives at 1805 Forest Avenue with her baby, Connie Louise, who was born six months after her father left for Korea. 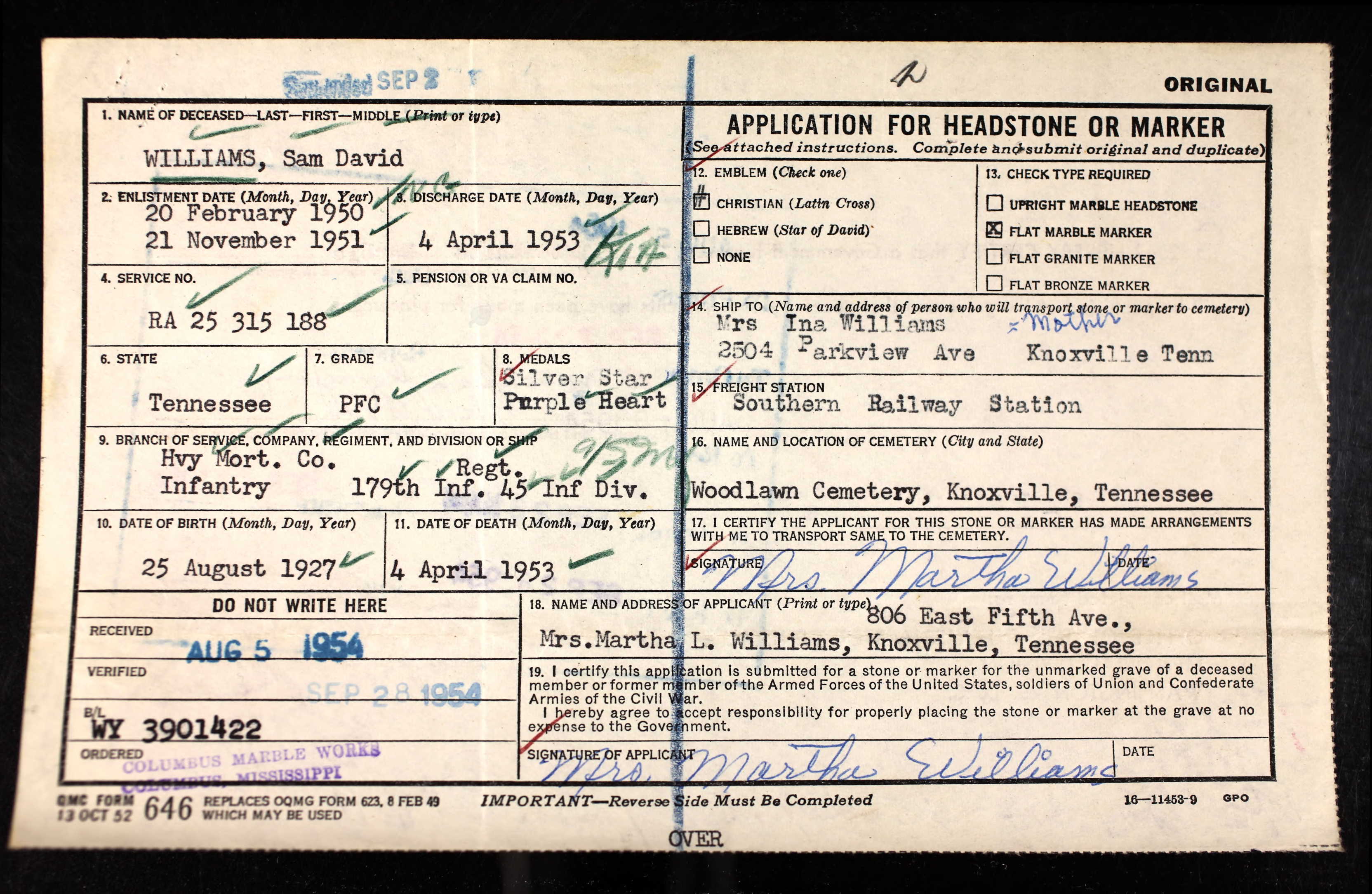 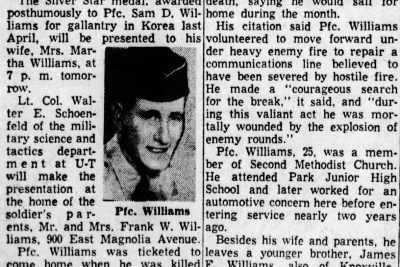 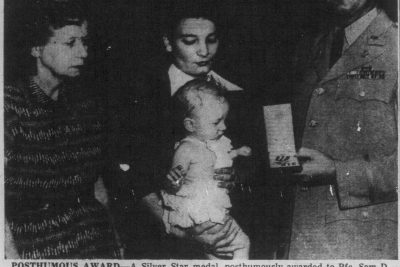