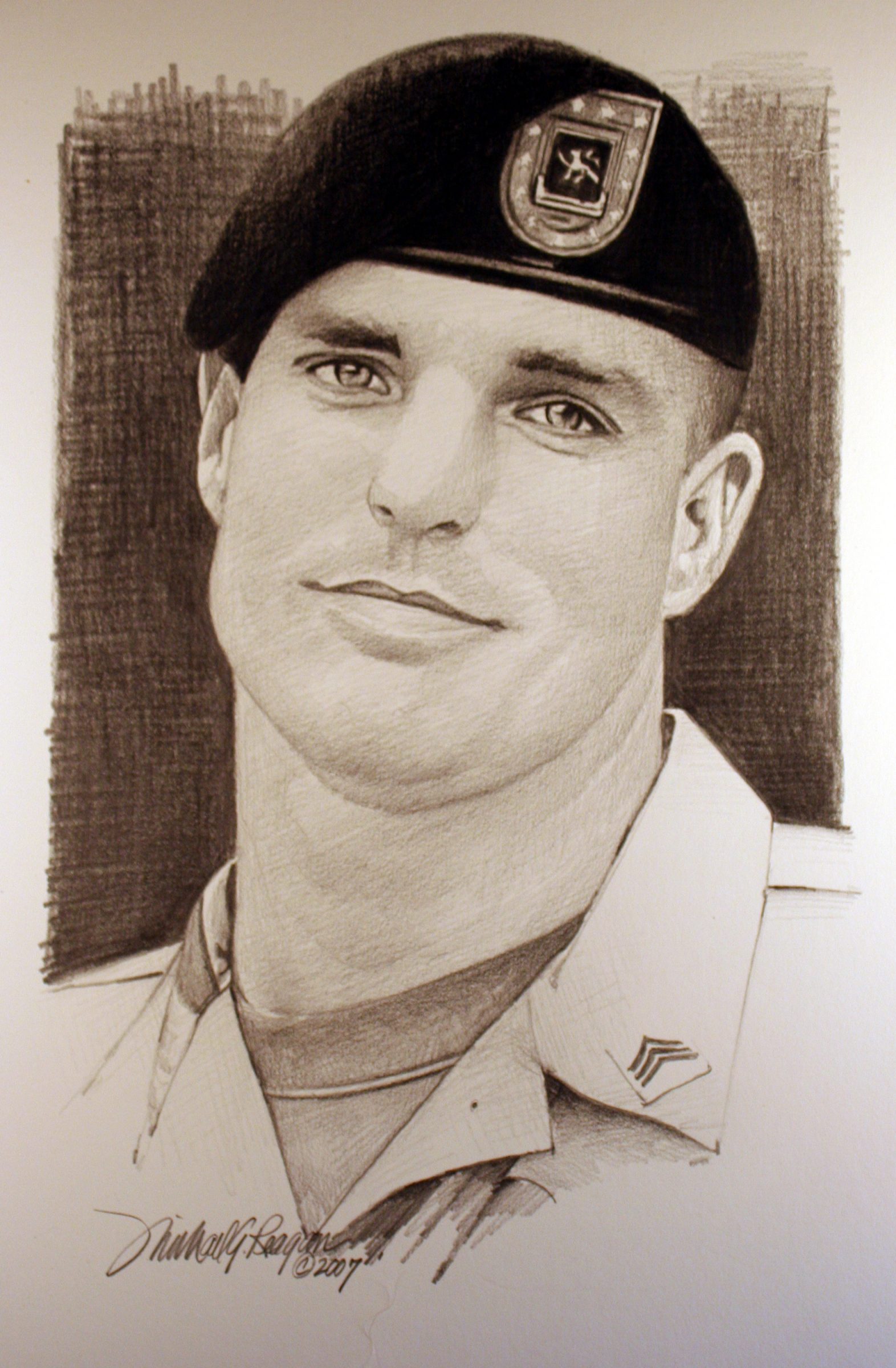 Staff Sergeant Ryan E. Haupt served with the 3rd Heavy Brigade Combat Team, 4th Infantry Division and was from Monroe County. He was born June 6, 1982 and was killed by an IED in Baqubah, Iraq on October 17, 2006. He was twenty-four at the time of his death. He had enlisted from Phoenix, Arizona.

He is buried at Queen of Heaven Catholic Cemetery, Hillside, Cook County, Illinois

“My son, Staff Sergeant Ryan E Haupt, was killed in Iraq on October 17, 2006. He lived here in Monroe Co. East Tennessee for about 2 years when he was a teenager, but he enlisted out of Arizona after only living there for 2 years. He did love East Tennessee, though, and this is where I have lived for 12 1/2 years. He did attend school in Monroe County, and they do honor him on each Veteran’s Day and Memorial Day as being one of theirs.”
Submitted by Lynn Forehand 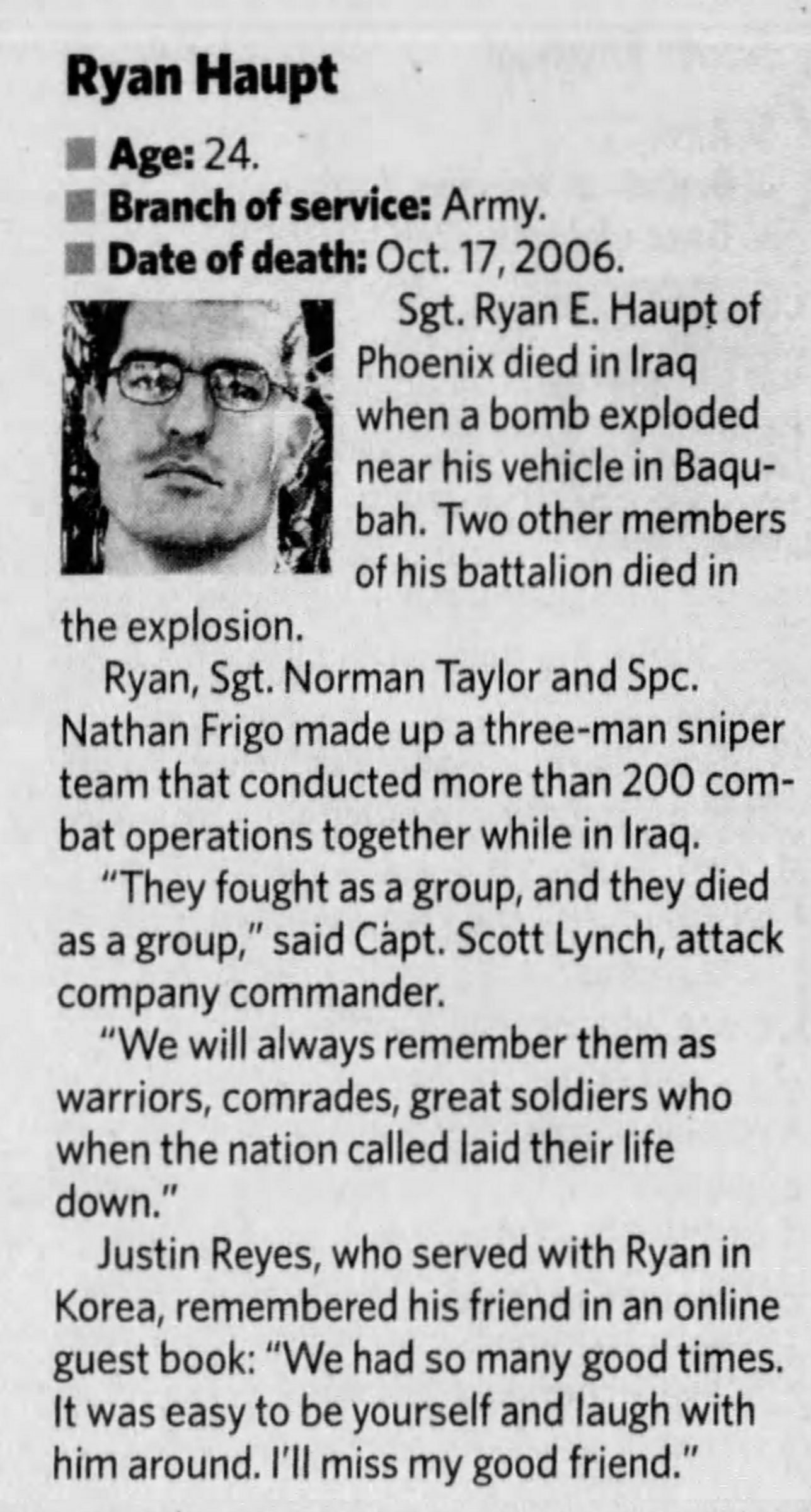