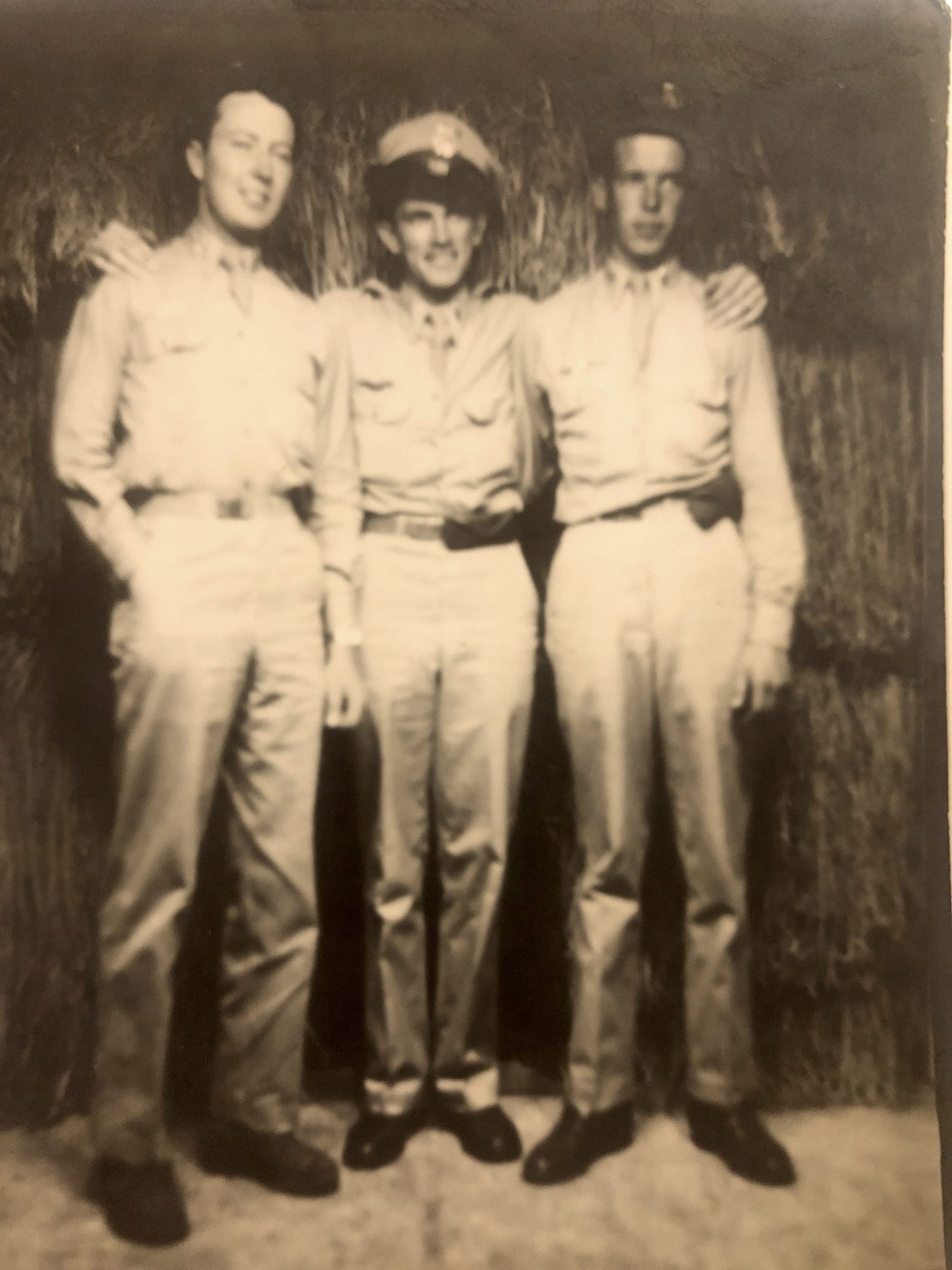 2nd Lieutenant Rufus Slaughter Moore, US Army Air Force, was assigned to the 45th Fighter Squadron 15th Fighter Group P-51’s on South Field, Iwo Jima. He is listed as dead on 29 May 1945, and is remembered on the Tablets of the Missing Honolulu Memorial Cemetery, Hawaii.

On May 29,1945 more than 450 B-29s, escorted by about 100 Mustangs, raided Yokohama for the first time, setting the stage for one of the biggest air battles of the Pacific War. The bombers encountered aggressive Japanese army and navy units, and a furball quickly developed as some 650 aircraft clawed at each other. One particularly daring Japanese pilot (believed to be naval ace Sadaaki Akamatsu) shot down 45th Squadron Lieutenant Rufus Moore and sped through the escort with seeming impunity. “He made us look like a bunch of truck drivers,” commented Lieutenant Jack Wilson of the 531st.
–Submitted by Douglas Sowers

In the picture, 2nd Lieutenant Rufus Slaughter Moore is in the middle.  The picture was taken in Hawaii in 1945 and was provided by Randall Lake whose father, George Lake, is on the left.