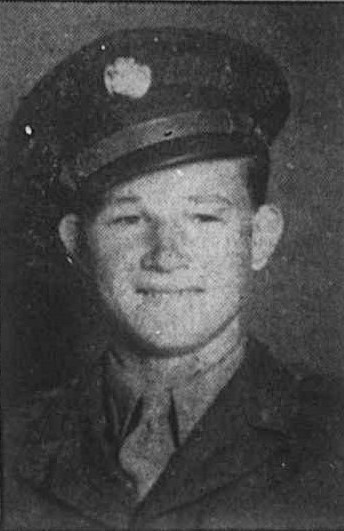 Rogersville Review, April 6, 1944
Another Hawkins county boy has given his life to his country! The family of Pvt. Rufus R. (Jack) Webb, of Rogersville, was notified last Thursday that he was killed in action in Italy. Jack, as he was known to friends here, was in the infantry. His death occurred on January 31st, the War Department reported. Jack was 18 years of age and would have attained his 19th birthday on March 28th.
He was well known around Rogersville, having worked for some time before going into the army for the B and J Grocery. He entered service on May 17, 1943.
A memorial service for this boy who fell in battle will be held on Sunday, April 9th at 2:30 at the Rogersville Baptist church.
Jack is survived by his mother and father, Mr. and Mrs. Will (Nick) Webb; sister, Ada, Mrs. Helen Stewart, Mrs. Margaret Davis and Mrs. Stella Hilton of Kingsport; two brothers, James and Bill Webb of Rogersville. 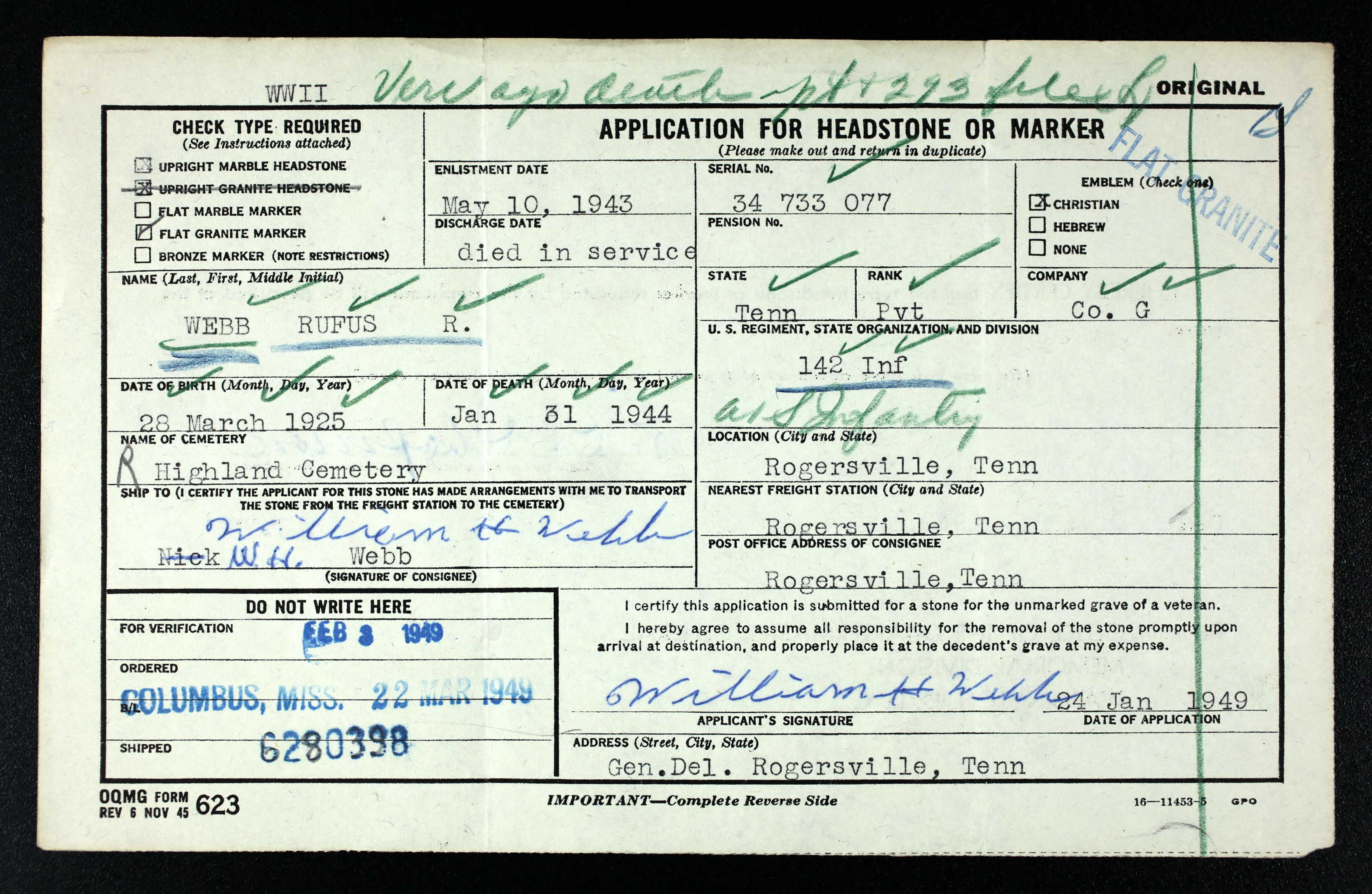 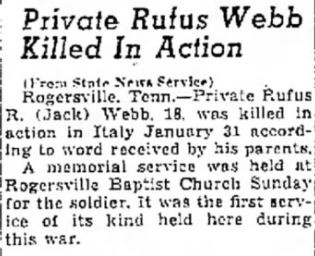