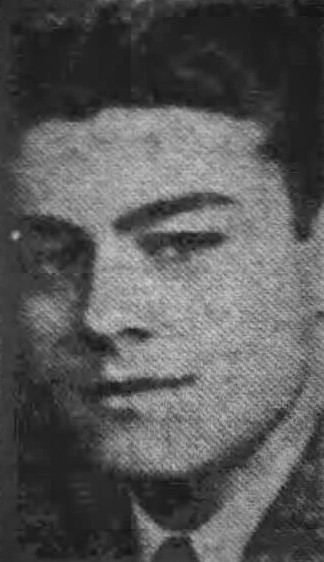 Rufus Abercrombie was born in 1923 in Georgia to Henry Lloyd Abercrombie and Ethel Fuller. He enlisted on 16 January 1943 at Ft Oglethorpe in Georgia. He is buried at the Normandy American Cemetery in St-Laurent, France, Grave I, 19, 15.

Pfc. Abercrombie, previously reported missing in action in France since June 9, was listed killed in action on the same date, according to a War Department telegram received by his parents. An infantryman, Pfc. Abercombie began army duty in February 1943, received his training at Camp McCoy, Wis., and went overseas in November. He was a graduate of Central High School and was formerly employed at the American Lava Company in Chattanooga. His wife, Mrs. Christine Smith Abercrombie, resides on Ringgold Road. His brother, S1C Arthur Q. Abercrombie, USMC, is now on Saipan Island, according to information received by his parents. 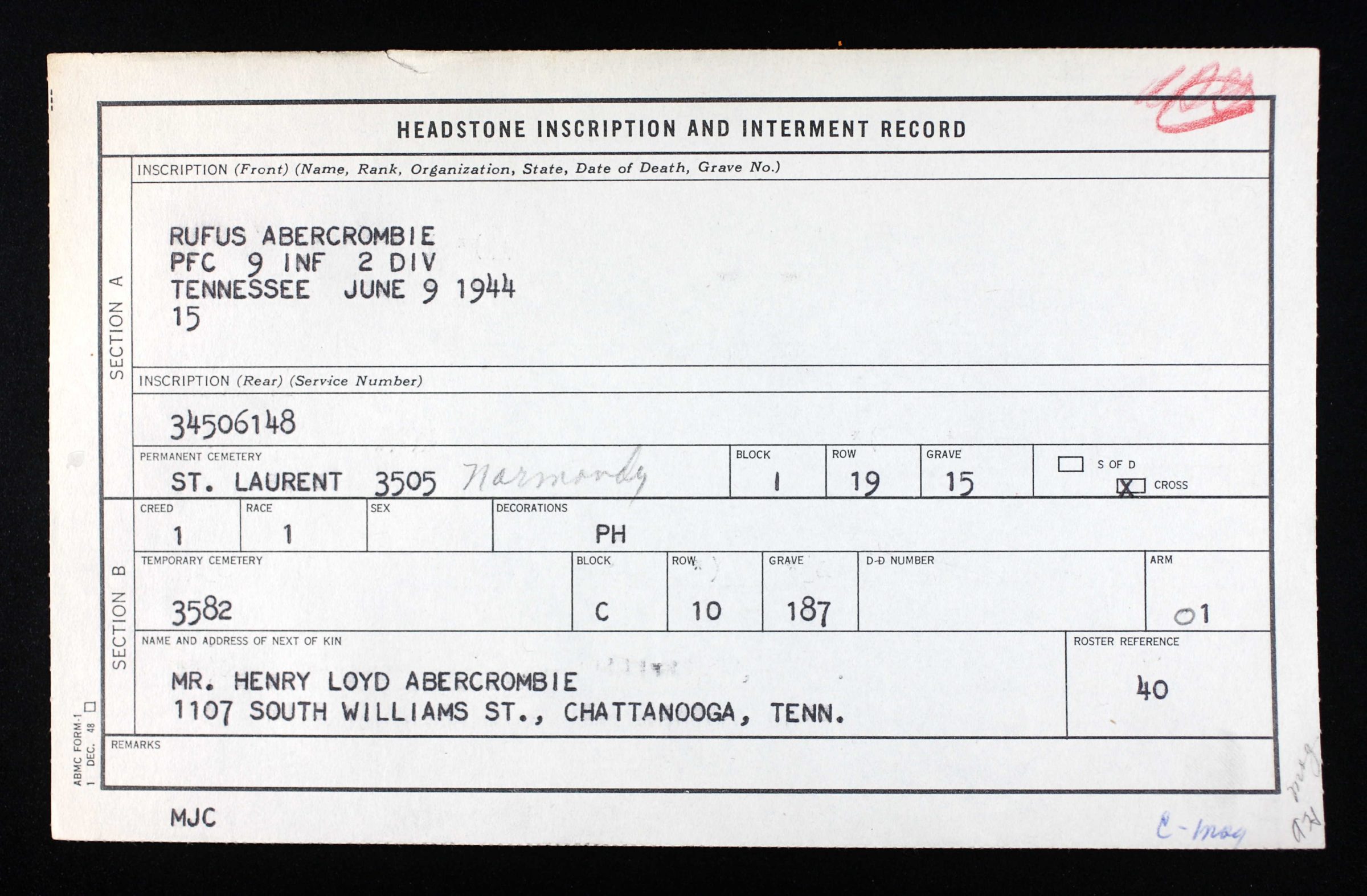 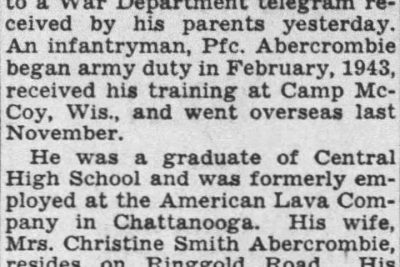