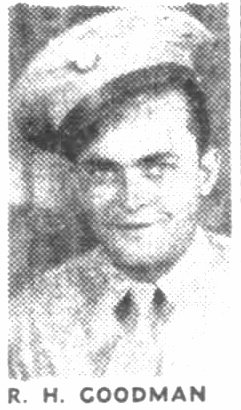 The Daily Post-Athenian, July 6, 1948
Pfc. Ruel H. Goodman, whose nearest relative is Minnie A. Goodman, Route 2, Athens, is among the remains of 4.383 Americans who lost their lives in World War II that is being returned to the United States from Europe, the Department of Army announced today. A Total of 140 remains were returned upon instructions of next of kin residing in Tennessee. The Army stated that each nest of kin had been notified in advance of the arrival of the vessel, and would be notified again after arrival of the remains at the  national distribution Centers of the American Graves Registration Service. Pfc. Goodman served with the Army. 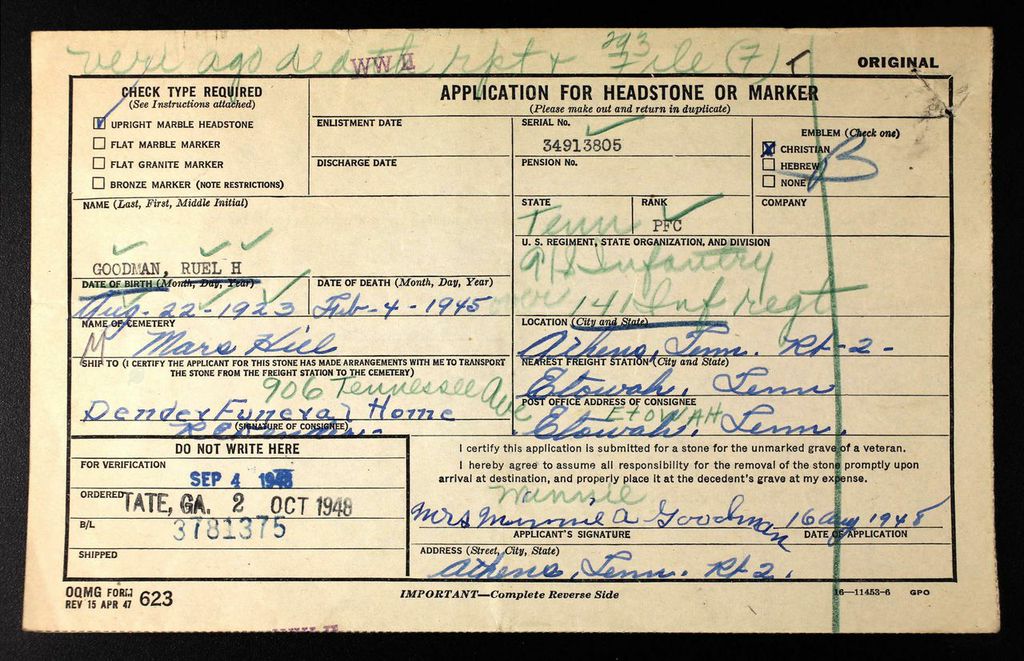 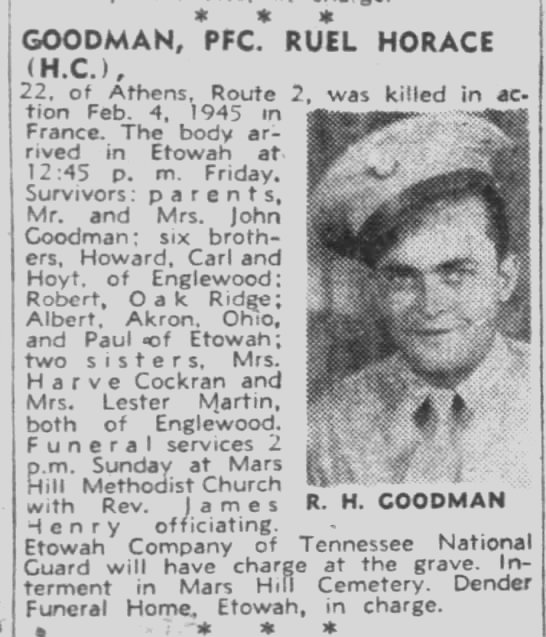 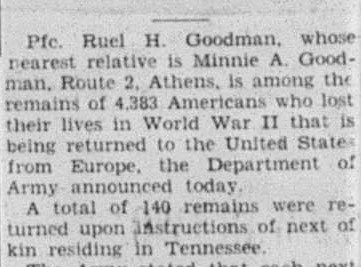