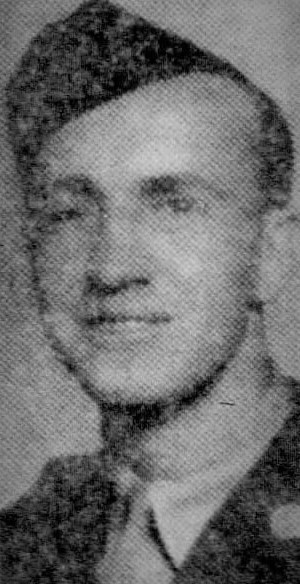 Aircraft B-24J with serial number 44-41451 was on a combat-Recon. Sweep mission from Chengkung, China to the South China Sea. When last contacted by radio at 0230 hours the aircraft was flying near Mengtez, China, over friendly territory.

The Knoxville News-Sentinel, November 19, 1944
Rudolph L. Lane, who recently arrived overseas, has been promoted to corporal, according to word received by his mother Mrs. Mae Lane, 1059 Cottrell Street. Cpl. Lane has been in service two years and was formerly employed by TVA.

The Knoxville News-Sentinel, January 7, 1945
Cpl. Rudolph Lane has been reported as missing in action over China since Nov. 26. The mission on which Cpl. Lane was lost was the first flight, as he had just arrived in that area. Cpl. Lane has been in service two and one-half years. He waas formerly employed by the TVA. Cpl. Lane’s wife, WAC, Pvt. Emma Lane, has just finished basic training at Fort Oglethorpe. Ga. 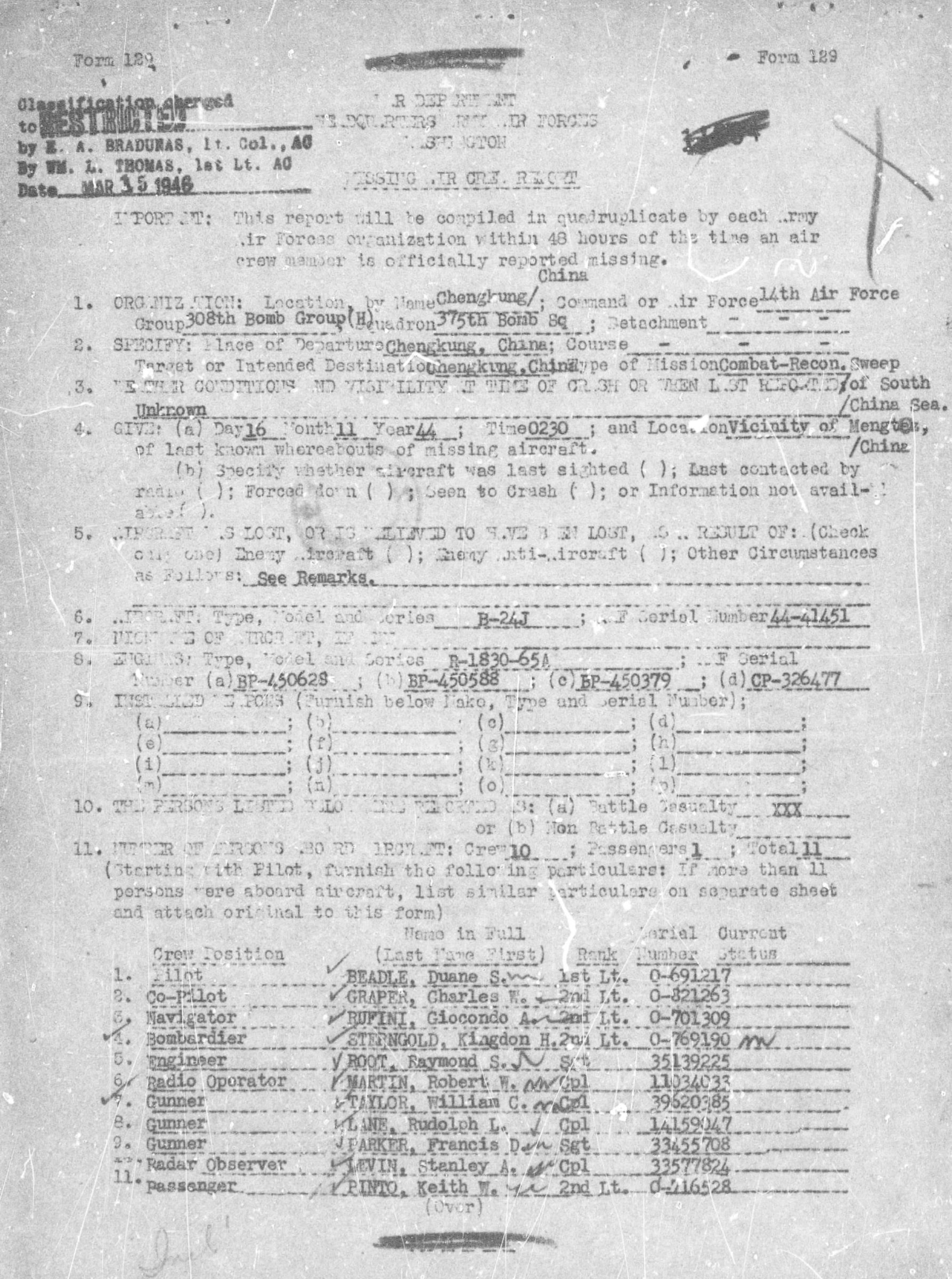 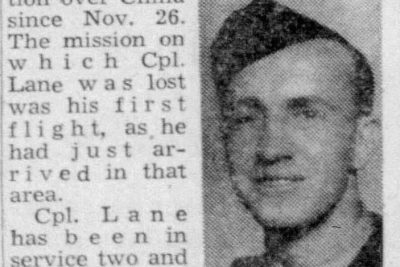 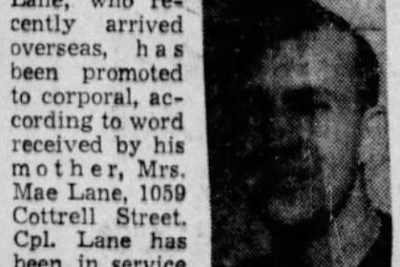