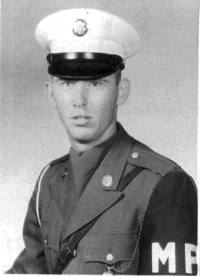 The Kingsport Times 2 June 1968
Blountville – Mrs. Thelma Neal of Blountville Rout 3, was notified that her son, Pvt Roy W. Neal, had been killed while serving with the Military Police Force in Vietnam.
Private Neal, whose father was the late Herman Neal, had been nominated as Soldier of the month by his battalion last month.
Born and reared in Sullivan county, he was graduated from Blountville High School in the class of 1965, attended Milligan College, and was enrolled at East Tennessee State University when he entered service in June 1967.
He received his basic training at Fort Benning, Ga.
While in high school, he played on the varsity basketball team his sophomore, junior and senior years and was voted the most valuable player his senior year. His father was watching one of the games in 1964 when he was stricken by a heart attack and died.
During school vacations young Neal was employed by Mason & Dixon Lines Inc. of Kingsport. He was a member of Blountville Christian Church.
Surviving are his mother, sisters, Joyce, a twin, and Becky, bot of the home, and his maternal grandfather, Roy Hudson.

The Kingsport Times, 22 April 1969
A 21-year-old Rt. 3, Blountville youth, who distinguished himself by exceptional valorous actions in Vietnam, has been posthumously awarded the Army Commendation Medal with First Oak Leaf Cluster for heroism.
Neal, a member of a Military Police convoy security patrol in the vicinity of Thiu Duc, tried to protect members of the patrol and reduce the enemy threat when the group came under attack.
Pvt Neal directed accurate fire from his machine gun until his ammunition was exhausted and then began firing his sidearm until an anti-tank round destroyed his vehicle, the citation accompanying the medal said. PFC Neal and two other Military Policemen were killed by the exploding shell.
PFC Neal´s heroic actions were in keeping with the highest traditions of the military service and reflect great credit upon himself, his unit, the Military Police Corps and the United States Army.
The Commendation Medal presented to his mother in his name, was the second award to the soldier. He was also awarded the Purple Heart, National Defense Service Medal, Vietnam Service Medal and Vietnam Campaign Ribbon.
In addition to these awards Neal was recognized by the Vietnamese Government, which presented the Military Merit Medal and the Gallantry Cross with Palm. 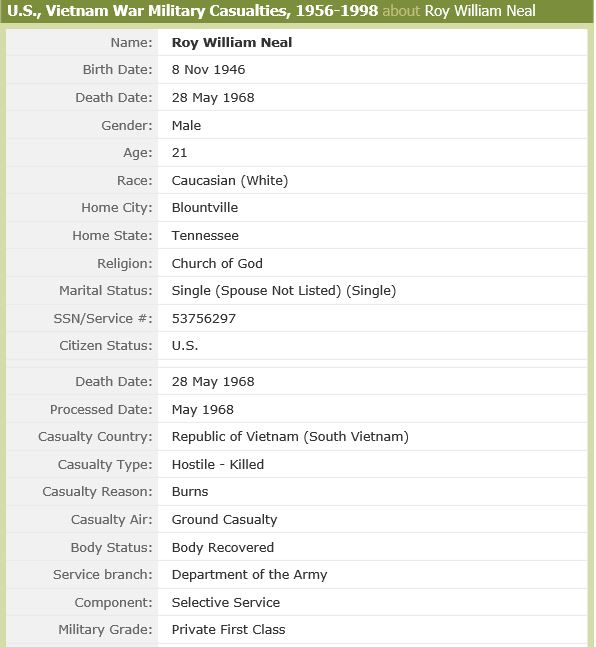