Aircraft B-17G-SH with serial number 44-8355 departed from Rattlesden on a bombing mission to Babenhausen, Germany. The aircraft was hit by direct flak, first in no. 1 engine. On the second hit the plane went into a violent spin. Only two crew members, S/Sgt Penzenik and S/Sgt Rothgeb, were able to bail out. The aircraft crashed at Prum, Germany. 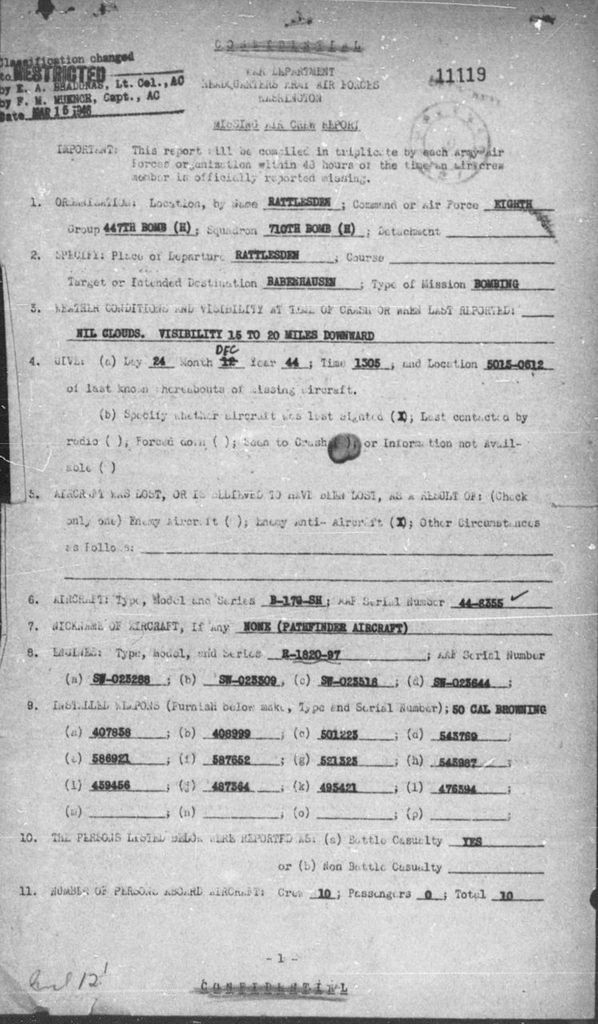 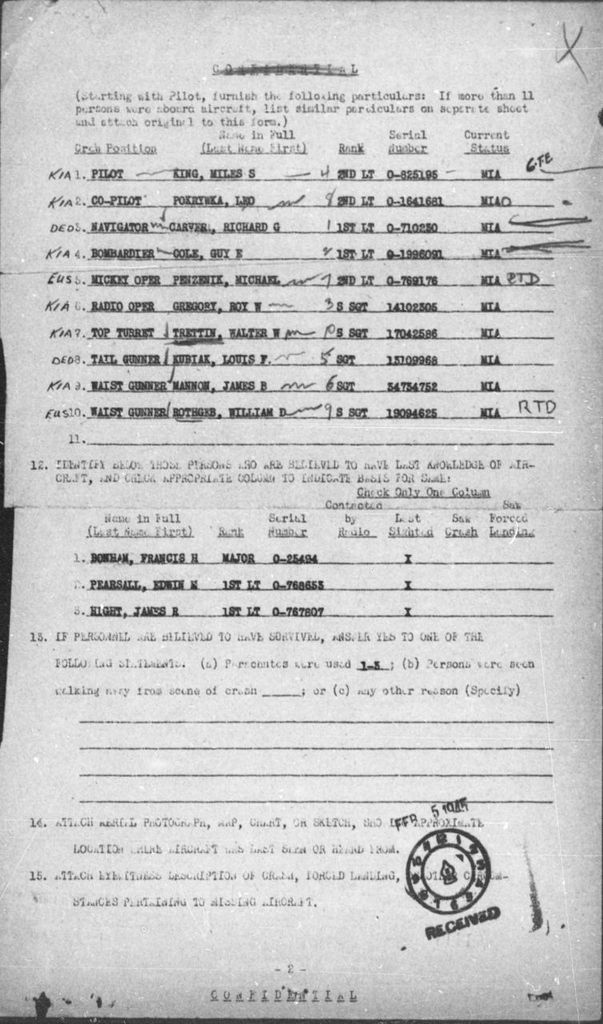 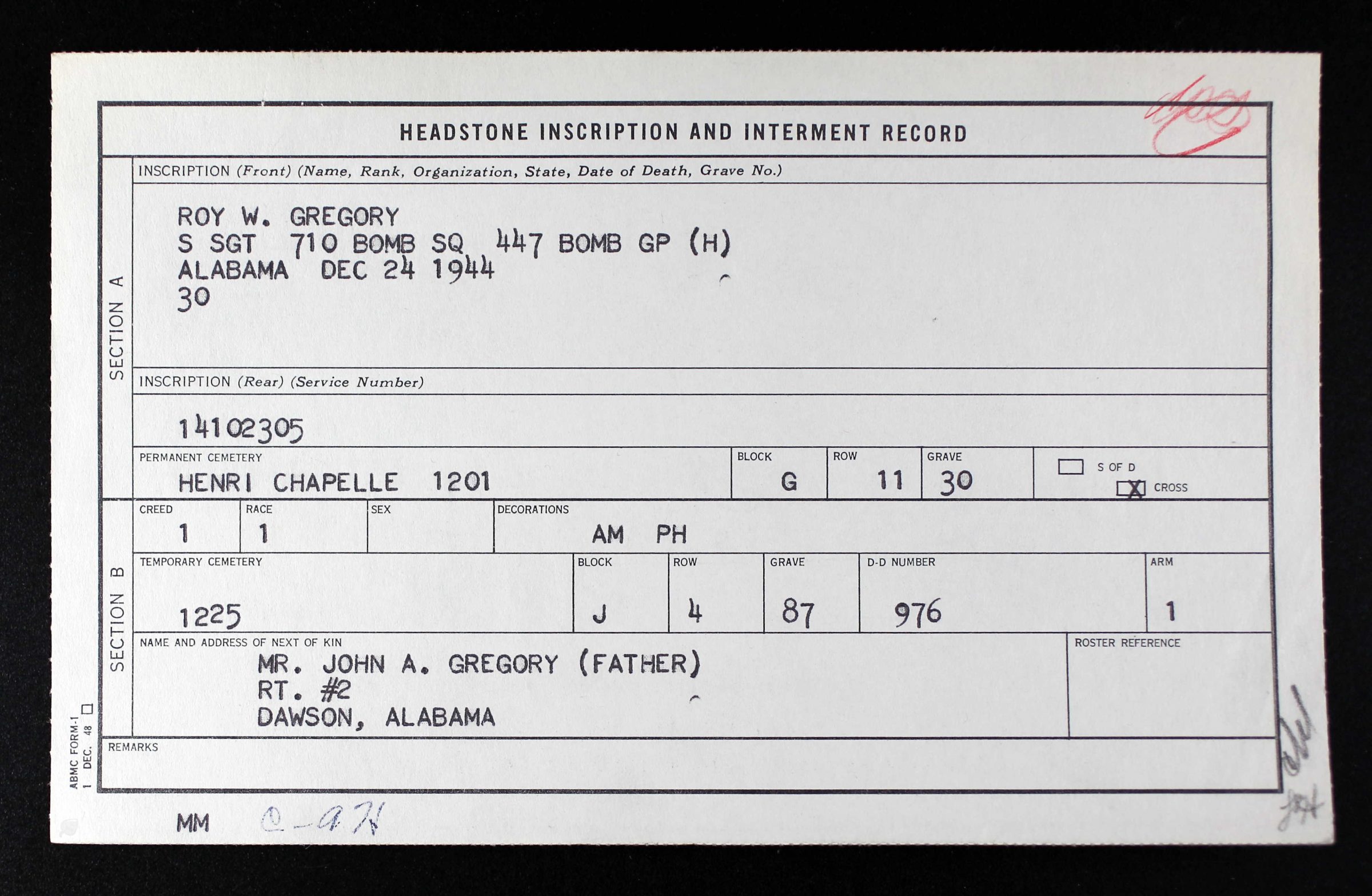