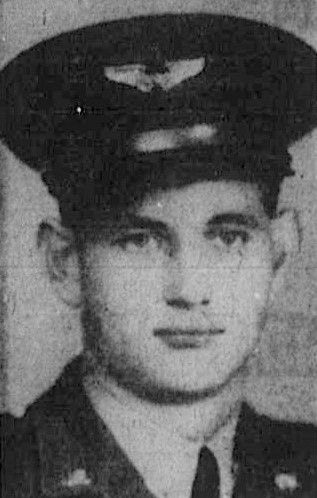 Aircraft B-25G with serial number 42-32464 departed from Natal in Brazil on a Ferrying mission to Belem, Brazil. The aircraft was last sighted at Sao Luiz in Brazil, course coastal. The cause of the loss of the aircraft is unknown, possible lack of fuel.

The Knoxville Journal, July 12, 1944
First Lt. Roy V. Montgomery Jr., son of R.V. Montgomery, Publisher of a Sevierville newspaper, has been declared officially dead by the War Department. Lieutenant Montgomery, the husband of Mrs. Anna Henry Montgomery of 206 Pettway Avenue, Knoxville, was reported missing in a flight over Brazil May 5. 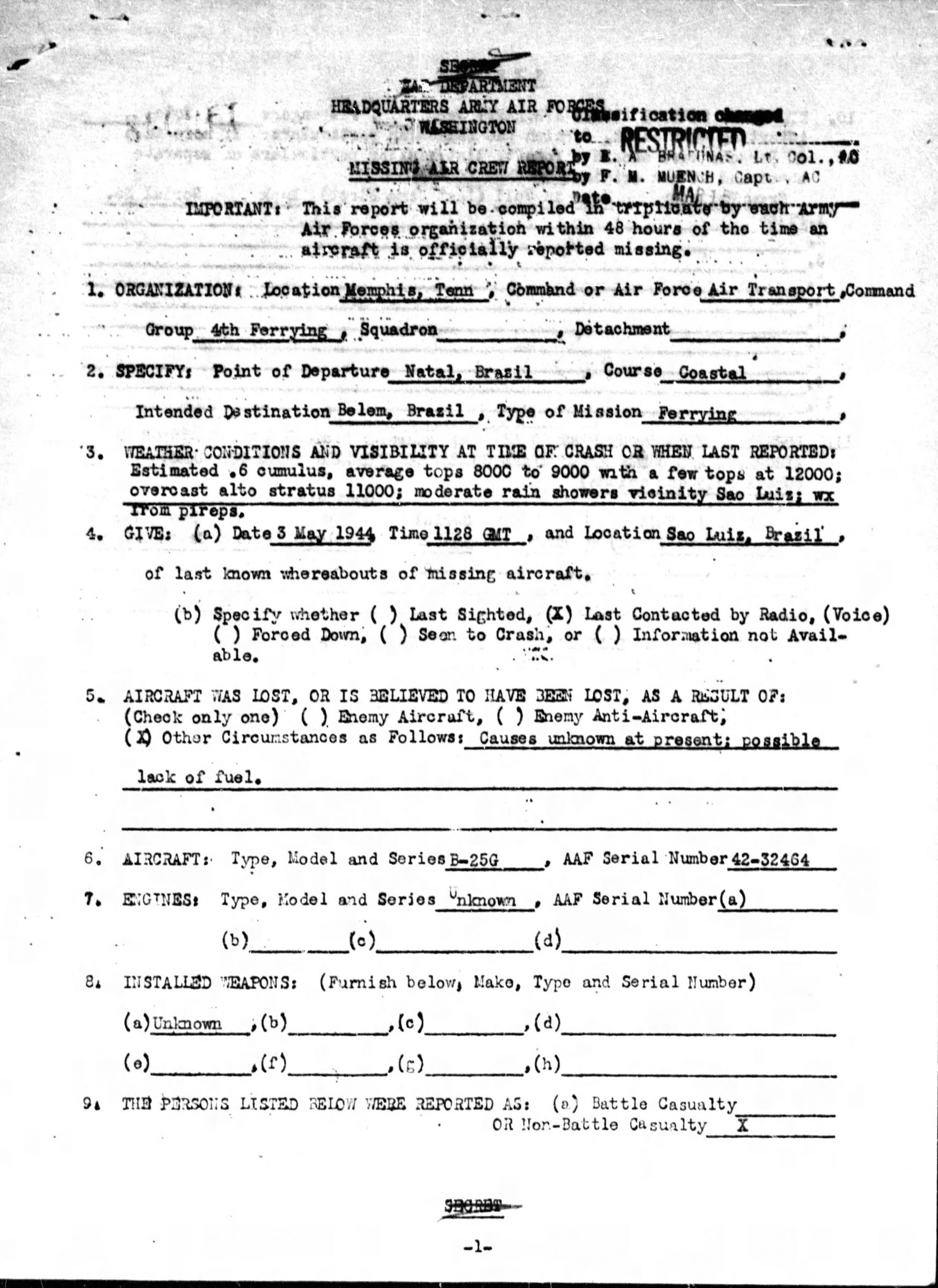 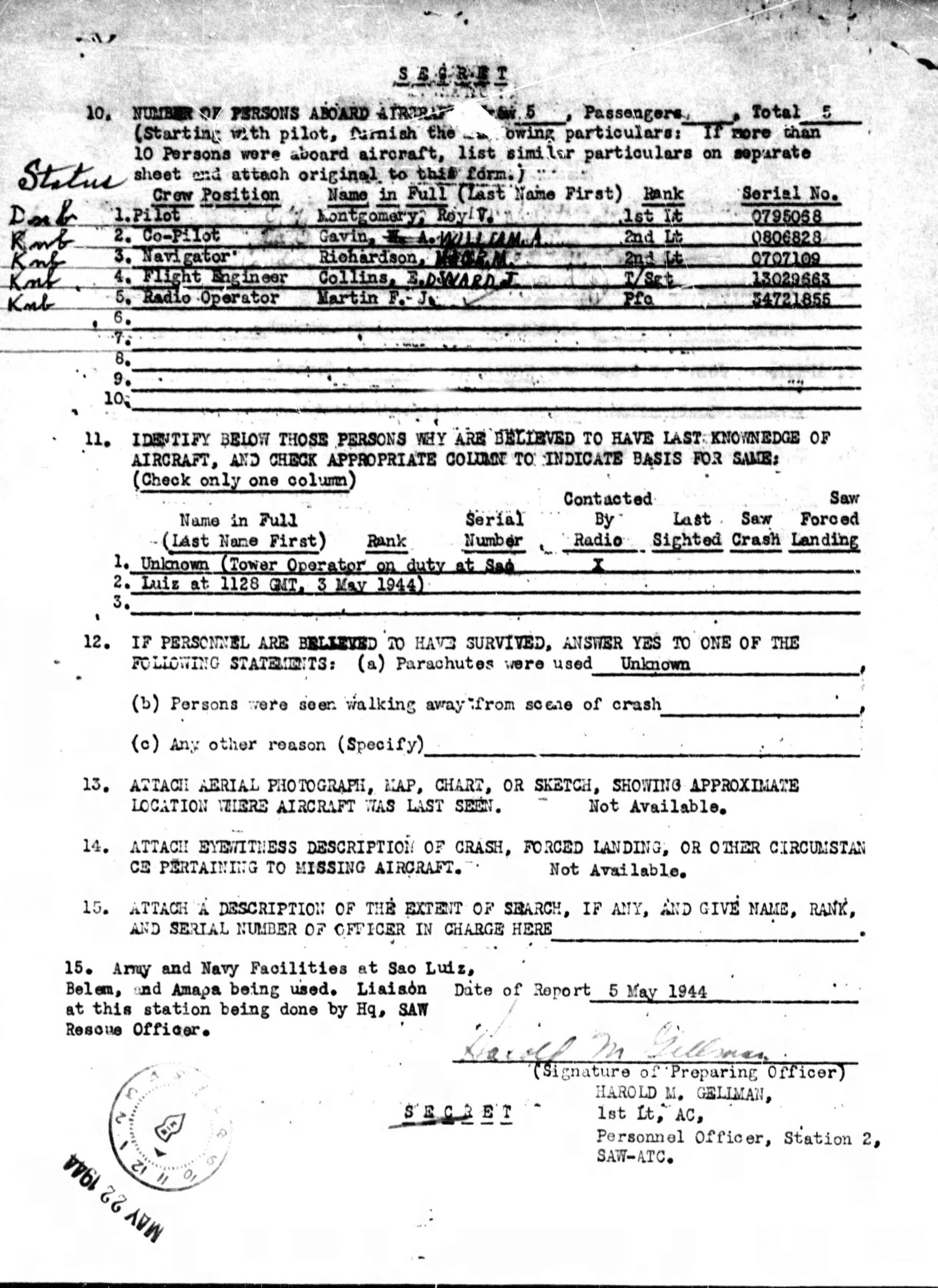 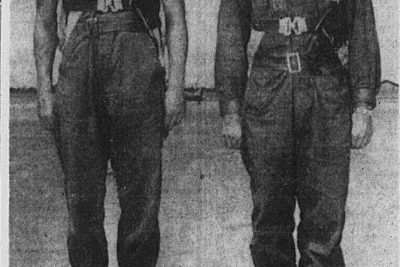