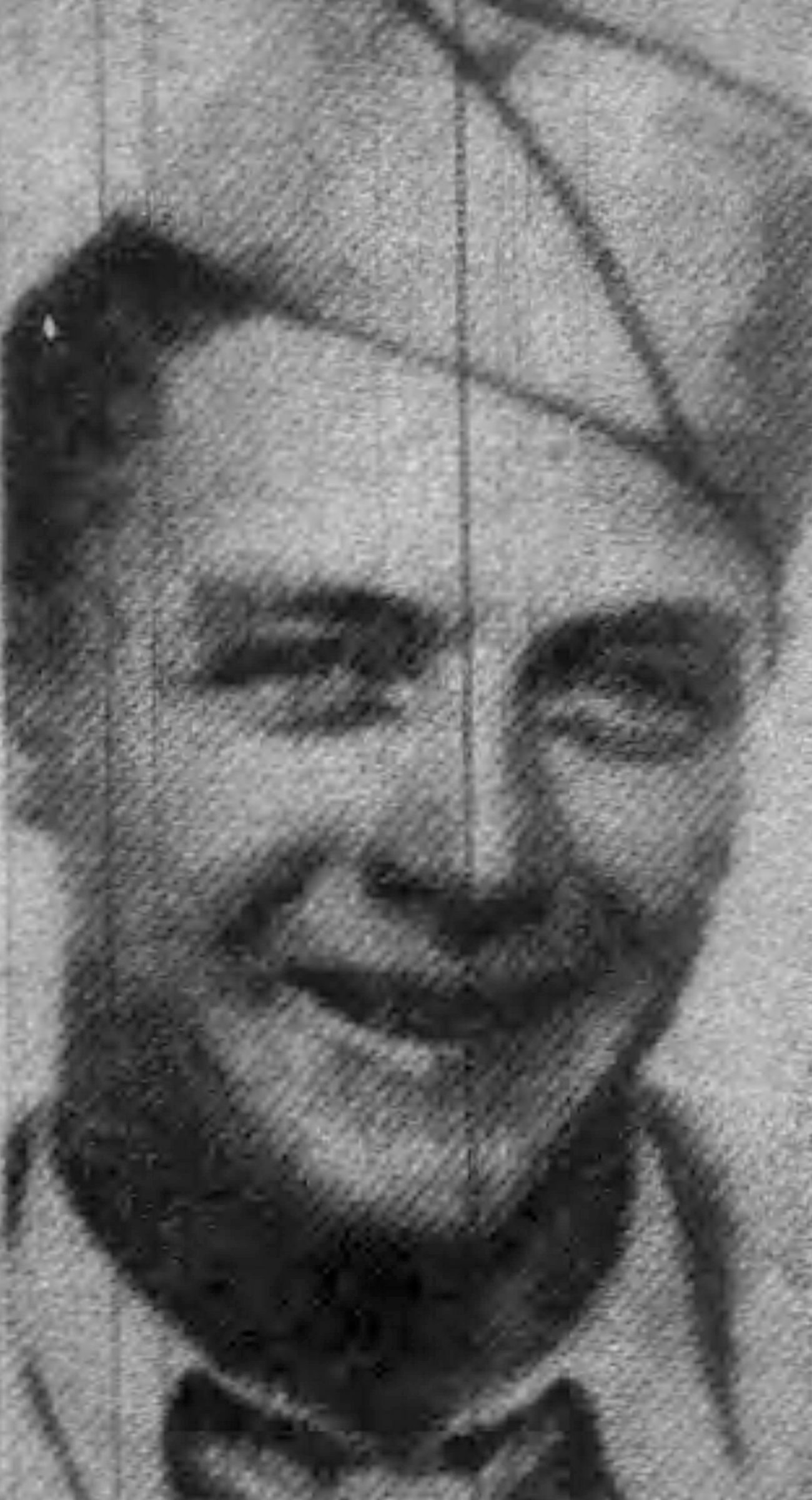 Roy M. Satterfield was born in 1918, son of Roy Lee Satterfield and May McNish. He entered the service on 16 October 1939. He married Louise Bernardine Humphreys on 30 December 1943 in Missouri. At the time of his marriage he was stationed at Camp Crowder in Missouri.

Staff Sgt. Roy M. Satterfield, husband of Mrs. Louise Satterfield, 204 Eleventh Street, was killed in Luxembourg on Feb. 16. Sgt. Satterfield had been in service six years. He served 18  months in the Canal Zone and had been in the European theater five months. Besides his wife, he is survived by his parents, Mr. and Mrs. Roy Satterfield, 225 Scottish Pike; a daughter, Sheila Ann, 6 weeks old; four sisters, Mrs. Julin Shultz, Mrs. Virginia Allen, Helen and Williemae Satterfield, all of Knoxville. 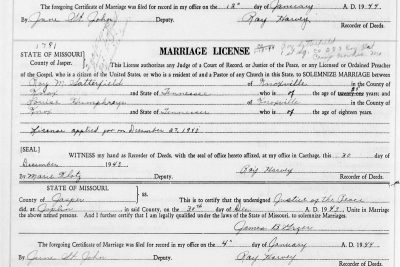 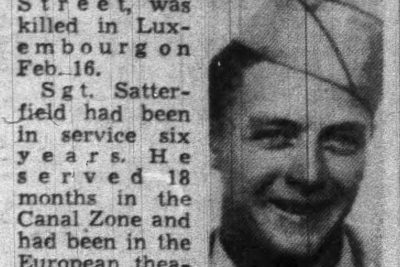 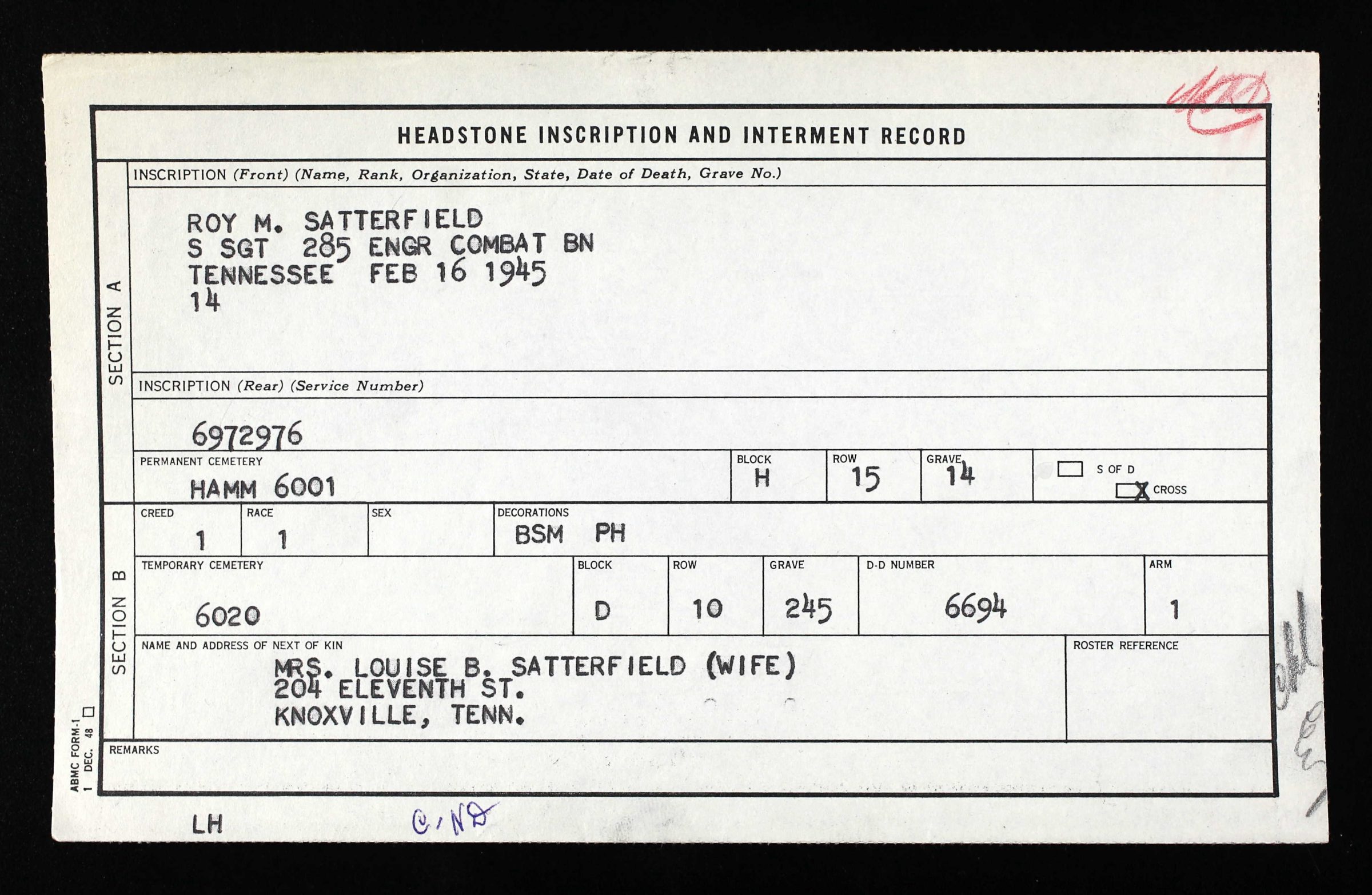 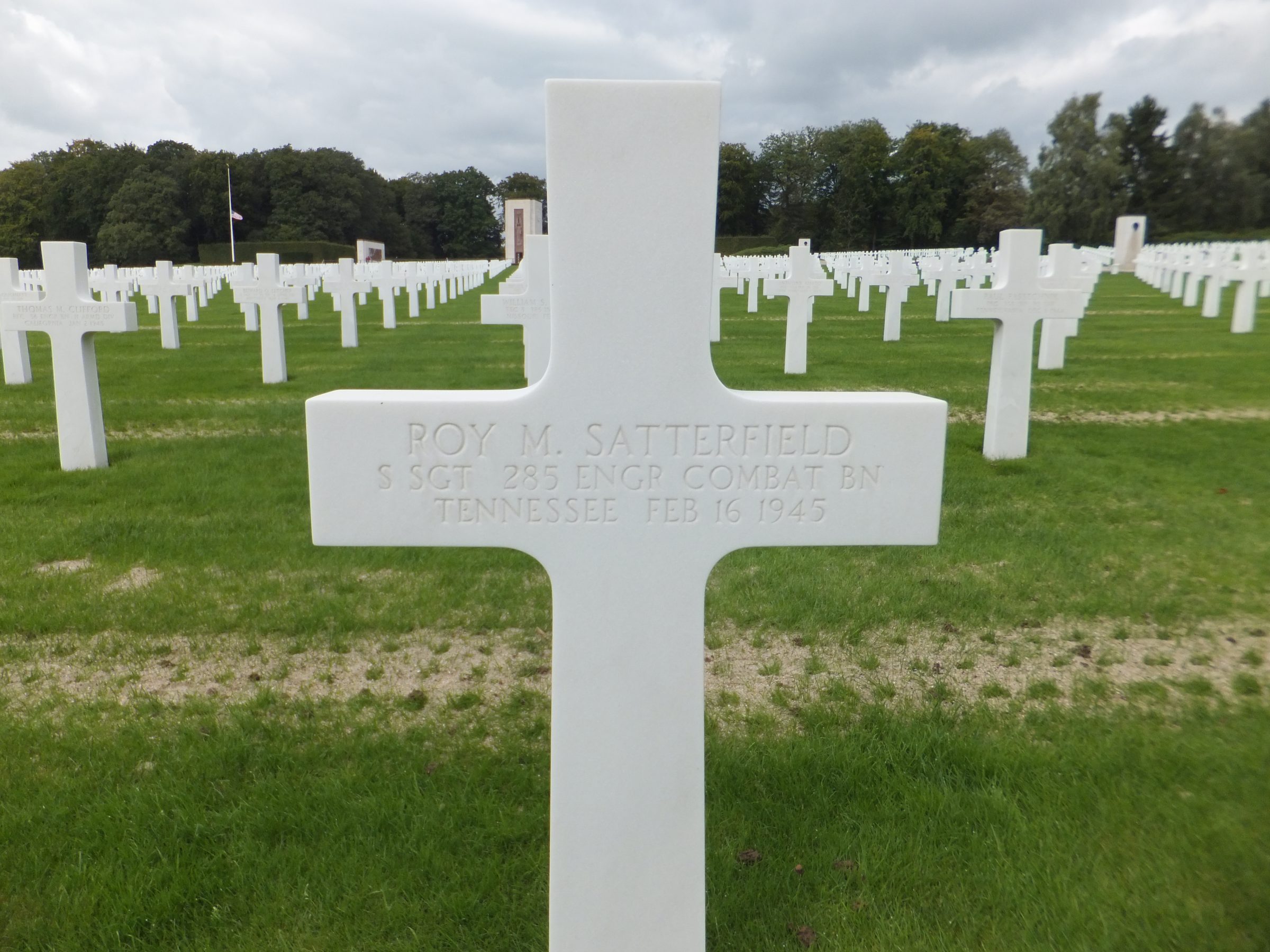