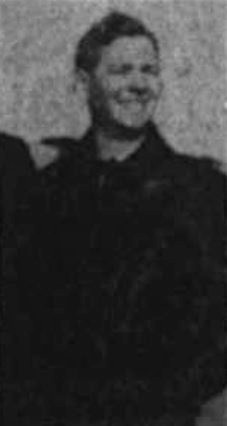 Roy M. Parker was born in 1918 in Tennessee, son of Roy Montgomery Parker and Bertha Carlotta Cain. His father died in 1918 and Roy and his mother resided since 1920 with his grandmother Florance Cain.

Roy M. Parker is memorialized on the Tablets of the Missing at Manila American Cemetery, Fort Bonifacio, Manila, Philippines.

Roy Parker was the pilot of aircraft B-24D-1 with serial number 42-41117. On 8 May, 1944, 117, one of a six ship formation of B-24’s was shot down during a Recce over Efman Island.  While being attacked by Zeros after leaving Efman Island, No. 3 engine was smoking and a large hole could be seen on top of the engine. When No. 1 engine of this plane was shot out, Lt. Parker feathered it and tried to hold his altitude with 2, 3, and 4. Lt. Parker said he was losing power slowly on No. 3 engine and he began to lose altitude as his No. 3 engine gave out. Everything loose in the airplane was thrown out before the water landing. The tail and waist of the plane were torn off and never seen after they hit the water. The nose went under water immediately and the wings slowly rolled over until only the flaps were seen. It was just 72 seconds from the time the plane hit the water until the whole plane was out of sight.
Before leaving the scene of the water landing two men were seen on a bomb bay tank floating on the water. Some of the oxygen bottles and both bomb bay tanks could be seen twenty minutes after the landing.

The Knoxville Journal, May 20, 1944
First Lt. Roy M. Parker, Jr., son of Mrs. Bertha C. Parker, 300 Glenwood Street, has been missing in action in the Pacific theater since May 8, his mother was notified by the War Department yesterday.
Lieutenant Parker, an AAF bomber pilot, was graduated from the University of Tennessee in 1942. He was commissioned a second lieutenant in the air force upon graduation and was given his wings as an Army bomber pilot in March 1943 at Moody Field, Ga., Mrs. Parker had received a letter from her son last Saturday, dated April 25, she said last night. 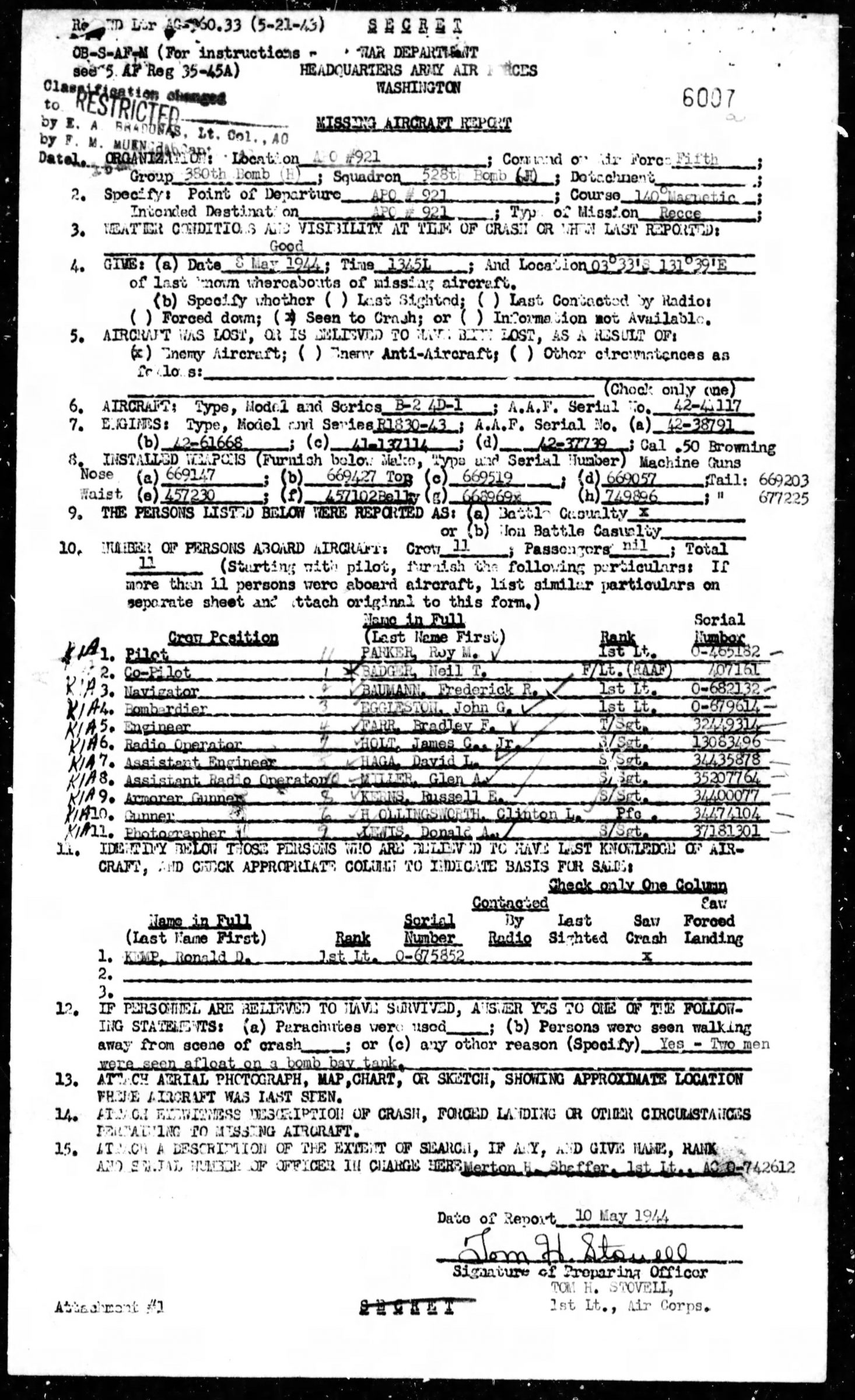 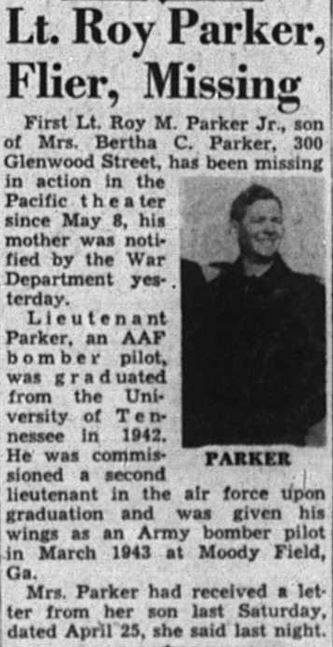