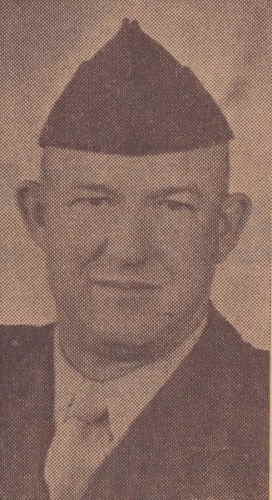 Roy Maurice Brooks died of Multi-Fragment Wounds in Military Region 1 – Quang Tri
S/Sgt Roy Brooks was killed in Vietnam at the age of 36. He volunteerd for service in the Marines in March, 1952, and received his basic training at Paris Island, S.C. He was shipped to Korea in December, 1952.  He was wounded in Korea and awarded the Purple Heart and the Bronze Star for herioic achivement in the Korean conflict. He had been in the Marines 14 1/2 years. He was sent to Vietnam in April 1966 in his fourth Far East assignment.
The Gold Star citation read: For heroic achievement with Company E, 2nd Battalion, 4th Marines during Operation Jay in the Republic of Vietnam. During a sweep-and-destroy mission of a village, the company received heavy small arms and mortar fire from a large North Vietnamese Army force. Sgt Brooks was platoon commander of the company´s lead platoon which soon become pinned down and received heavy casualties.
For approximately one and a half hours while Sgt. Brooks´platoon was under fire, he constantly exposed himself to enemy fire while directing the fire of the platoon, calling in supporting arms and supervising the evacuation of the dead and wounded. His complete disregard for his on personal safety and heroic example of fire direction was an inspiration to all who saw him.
Sgt. Brooks imaginative and courageous actions were in keeping with the highest traditions of the Marine Corps and the United States Naval Service.