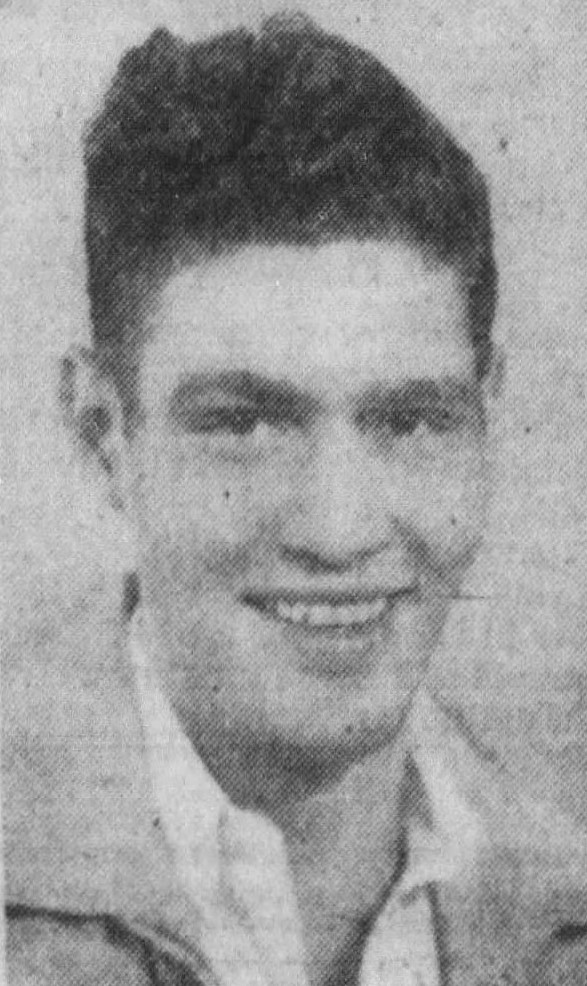 Roy Kenneth Coppenger was born on 30 August 1922 in Tennessee. He was the son of Fred Coppinger and Stella Harris.
Enlisted on November 10, 1942, in Fort Oglethorpe, GA

He drowned in the Chattahoochee River at Fort Benning, Georgia after an assault boat capsized during maneuvers.

The Knoxville News-Sentinel, March 14, 1944
Four infantry soldiers, including Pfc. Roy K. Coppenger, 21, of 215 Tenth Street, Knoxville, are believed drowned today in the Chattahoochee River at Fort Benning, Ga., after an assault boat capsized during maneuvers. The parents, Mr. and Mrs. Fred Coppenger, received a telegram last night informing them their son is missing since the boat overturned. The bodies of the four missing men had not been found. “I can’t believe he is drowned,” the grief stricken mother said today. “He was a good swimmer and always enjoyed going to the swimming pools here. He was home a little over a month ago for a few hours on a week-end pass.”
Pfc. Coppengeer worked for Graybar Electric Co., before he was inducted into the Army a year ago last November. Two weeks ago he sent word he was having a large picture of himself made for his mother, but she had not received it.
A brother, Fred Coppenger Jr., is with the Army in Italy. Names of the other missing soldiers, according to United Press, are: Pfc. Earl J. Murphy, Gary, Ind.; Pfc. Milton I. Brumbaugh, Martinsburg, Pa.; and Pfc. William T. Radcavage, Old Forge, Pa. 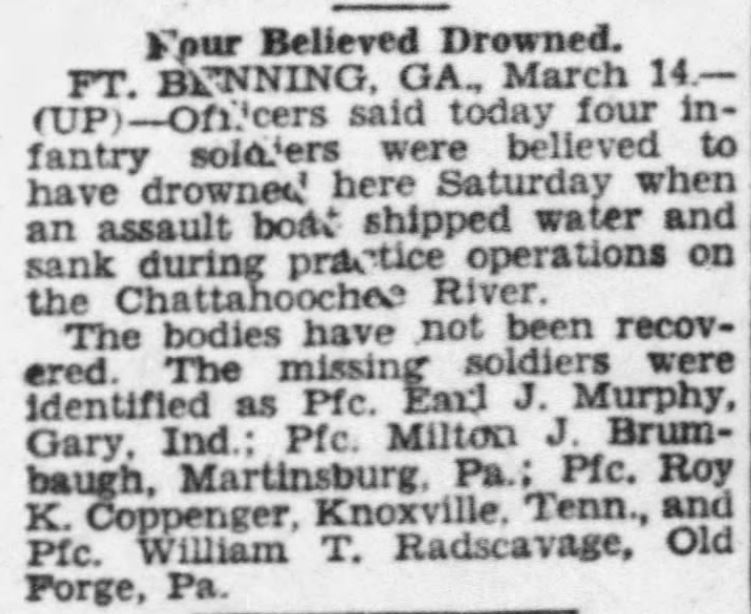 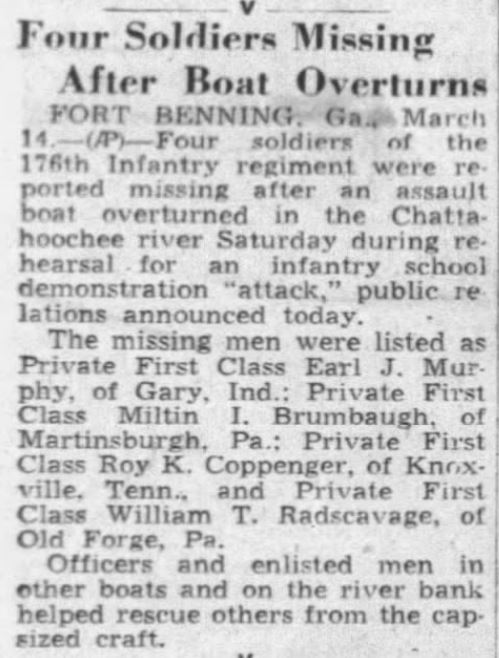 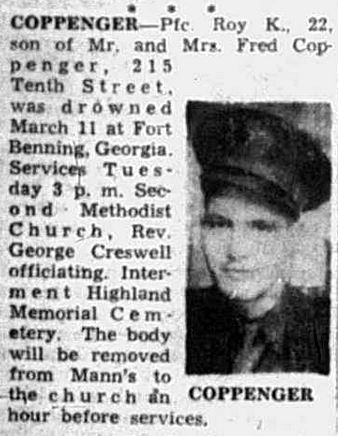