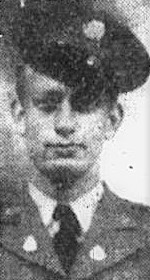 The Knoxville Journal, September 16, 1944
Roy J. Newman, son of Mr. and Mrs. George W. Newman of Jefferson City, was killed in action in France, June 27, according to information received by the War Department. Newman had been in the service since 1941, and overseas since December, 1943. Additional survivors include one sister, Mrs. Albert Cockrum of Jefferson City; three brothers, Howard Newman of Jacksonville, Ill., and Ralph and Billy Newman of Jefferson City. Before entering the service, Newman was with the TVA. 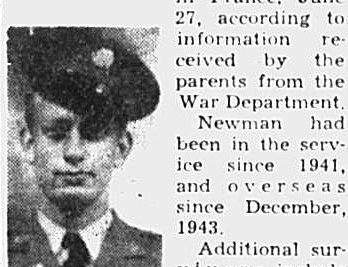