Corporal Roe was a member of the 38th Infantry Regiment, 2nd Infantry Division. He was Killed in Action while fighting the enemy in North Korea on September 12, 1951.

A Silver Star was presented to Mrs. Ruth A. Roe, of Goin, for her husband, the late Corporal Roy E. Roe, in front of the courthouse at Tazewell on January 30, 1952. Corporal Roe distinguished himslf for gallantry in action on September 12, 1951, near Taeusan, Korea. The presentation was made by Colonel Jonathan H. Michael, ROTC professor of Military Science and tactics at the University of Tennessee. 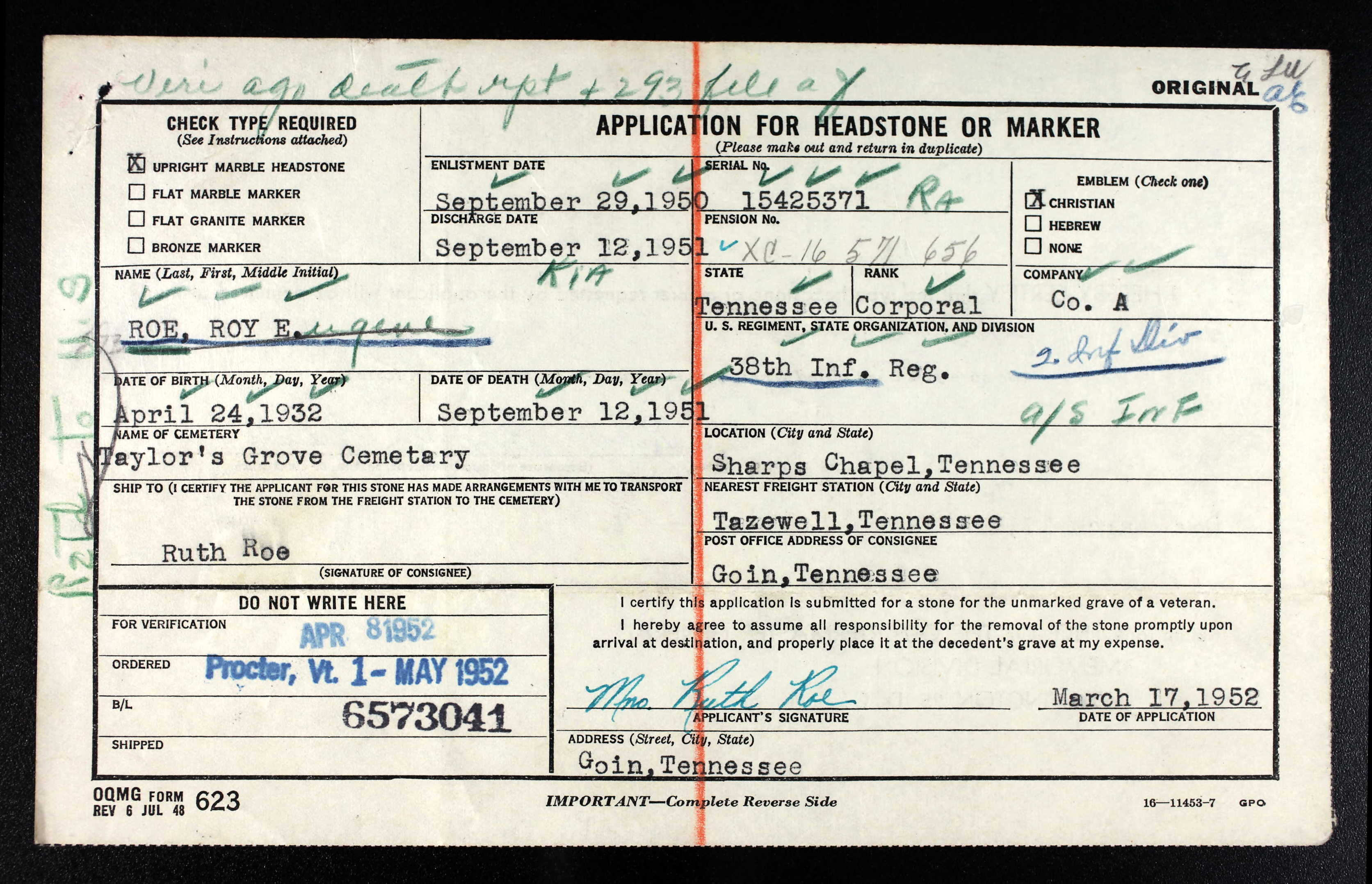 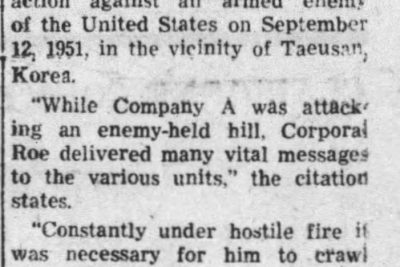