The Knoxville News-Sentinel, August 22, 1943
Pvt. Roy E. Clayton died Aug. 13 from injuries received in an accident in the South Pacific area, his parents, Mr. and Mrs. T.A. Clayton, of 201 West Louisiana Avenue, were informed last night by the War Department. Details of the accident were not given. Pvt. Clayton, who was 21, was overseas for about a year. He was in Australia for several months. He entered service June 18, 1941. Before enlisting, Pvt. Clayton was a student at Christenberry Junior High School. 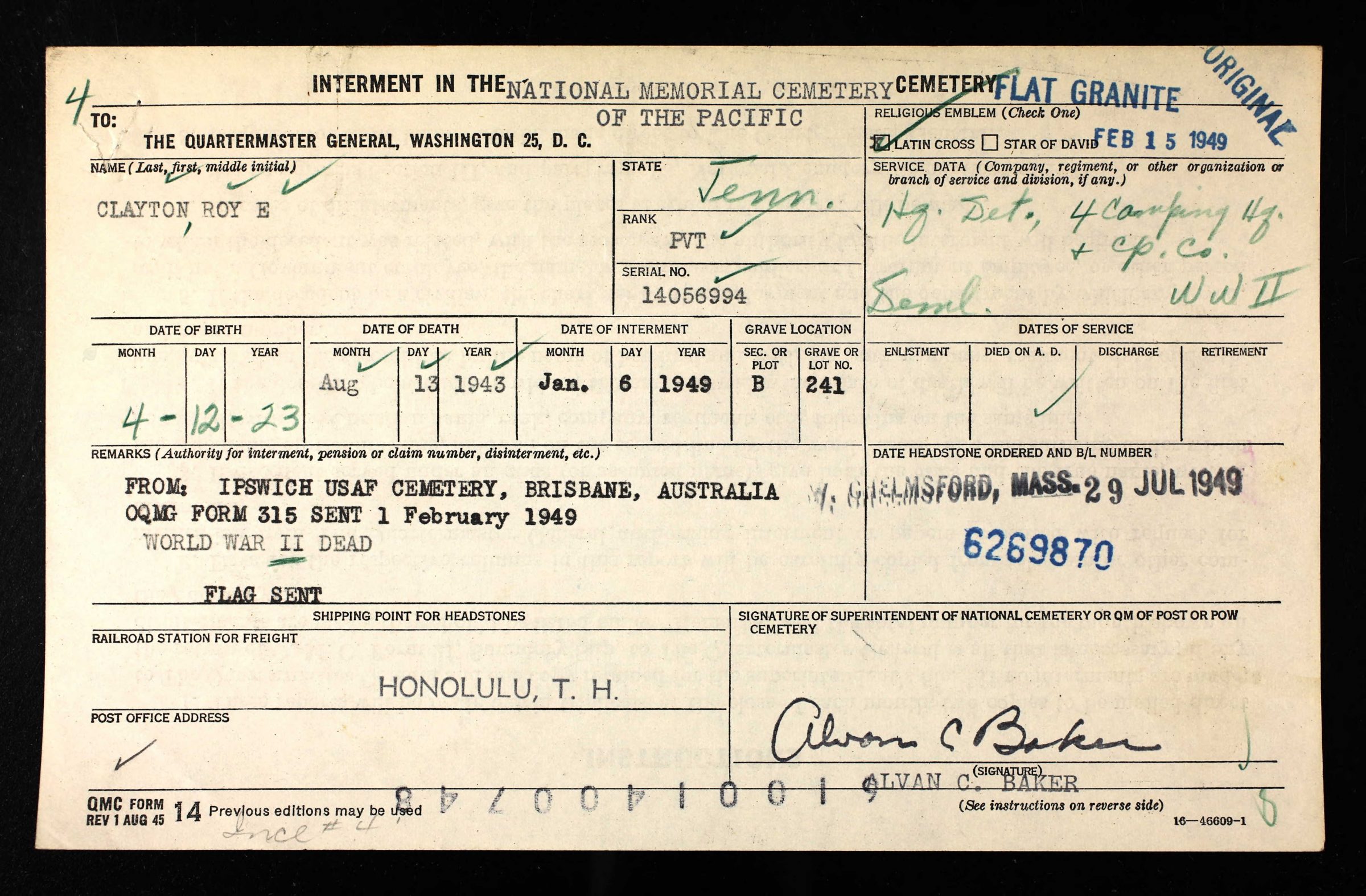 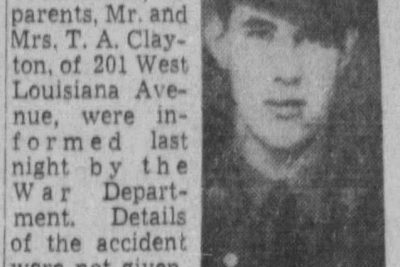 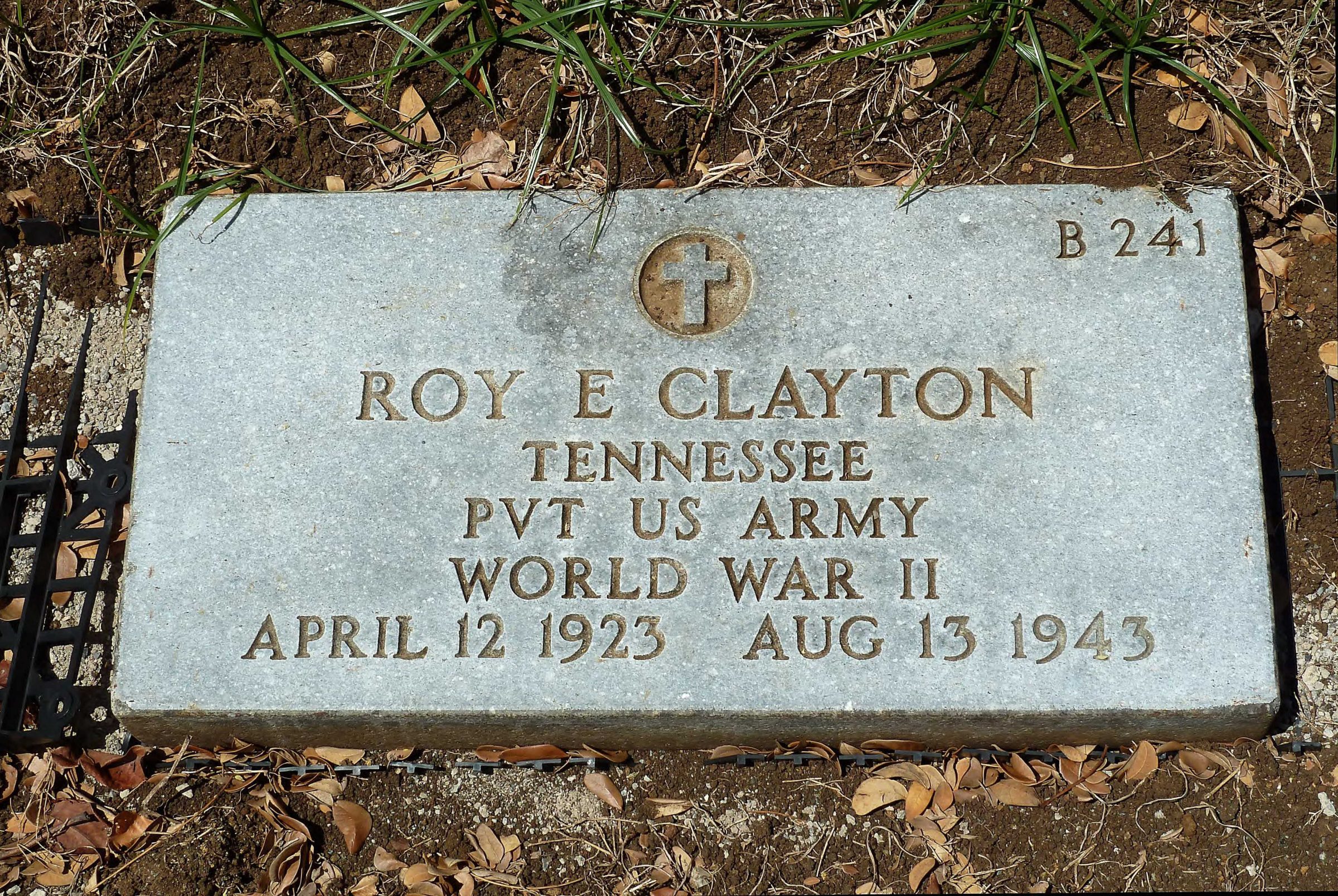