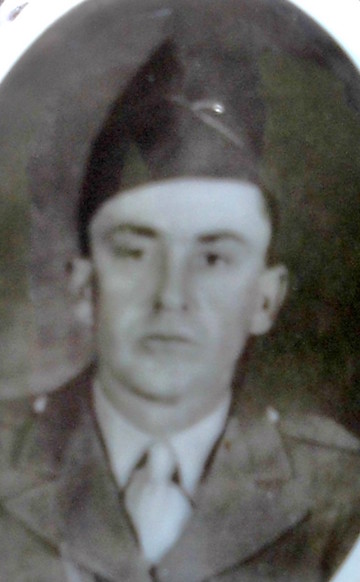 Private Roy D. Steele was born in 1908. He was the son of Arthur Bee Steele and Lula Brewer Steele. He had three brothers, Murriel Steele, Claude Steele, Louis Steele, all of whom served in the military during World War II. He had two sisters, Hettie Steele and Annis Steele.

Private Steele enlisted in the military on December 9, 1942 in Fort Oglethorpe, Georgia. He served in the European Theater of the war as a rifleman with Company A, 38th Infantry Battalion, 7th Armored Division. His last duty was in Sillegny, France. He was reported missing in action on September 22, 1944. Eventually, the War Department reported that Private Steele was killed in action on September 18, 1944 in Sillegny, France. He is buried in the Luxembourg American Cemetery in Luxembourg City, Luxembourg (Plot E, Row 10, Grave 23). 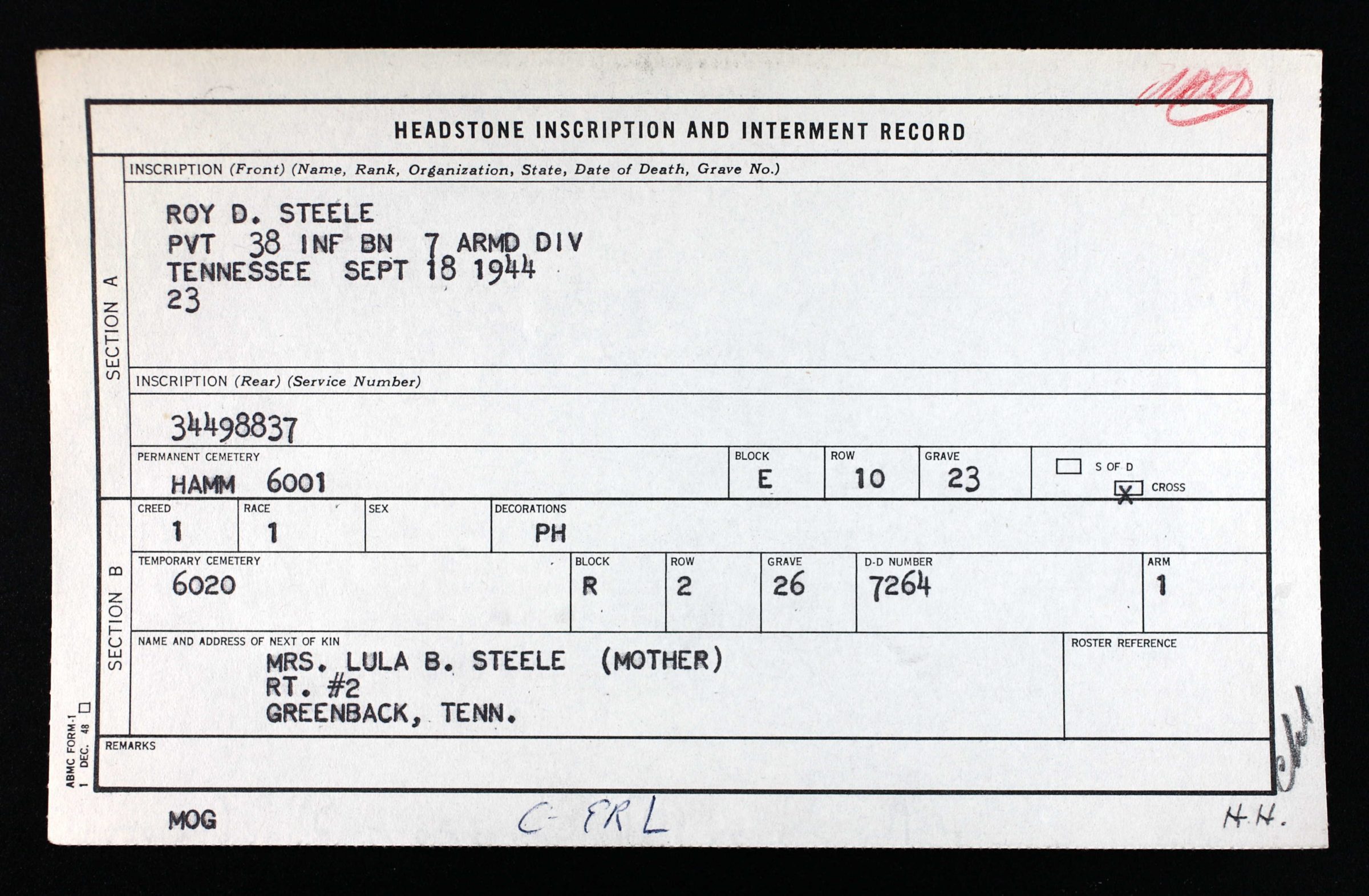 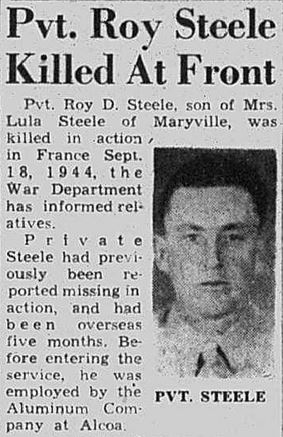