On 1 August 1943 the 98th flew the infamous Ploesti Romania Raid, Operation Tidal Wave, to bomb 9 oil refineries around Ploesti. The B-24’s were flown in at 200 feet in hopes of surprising the defenders. 53 B-24’s where shot down with 660 crewmen.

SSgt Carney was the Tail Gunner on board a B-24D with serial number 41-11886, Nicknamed Lil’ Joe, shot down during this mission.

He is listed on the Tablets of the Missing, Florence American Cemetery, Florence, Italy. 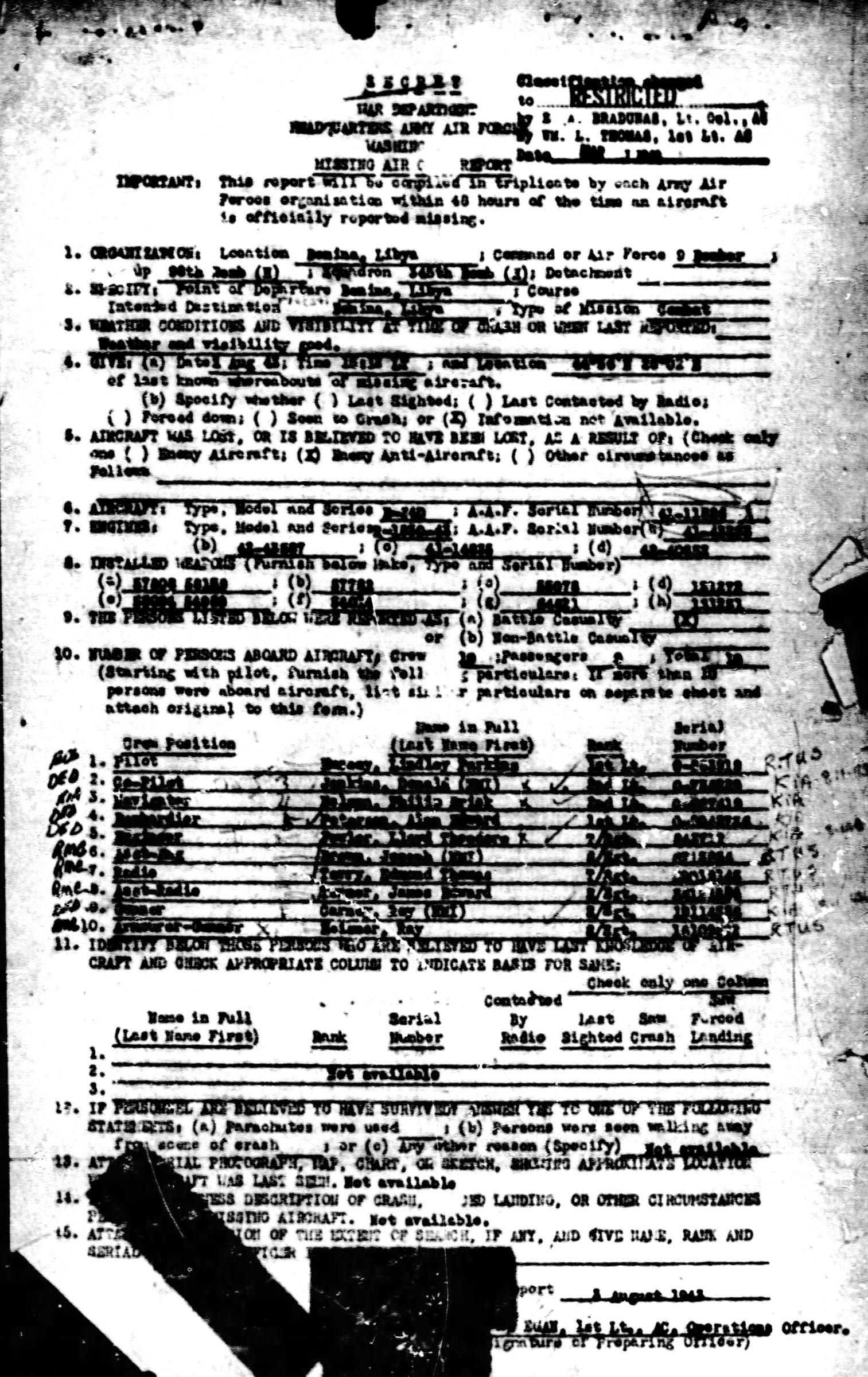