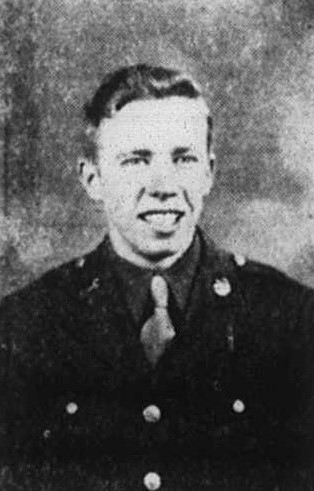 Private First Class Rowe Cullom Eager was born on September 15, 1925. He was the son of Lelan R. and Margaret A. Eager. He had three brothers, Lelan R. Eager Jr., Richard K. Eager, Charles F. Eager. He enlisted on September 20, 1944 in Fort Oglethorpe, Georgia. He served in the European theater of the war in the 54th Armored Infantry Battalion, 10th Armored Infantry Division. He was killed in action in Germany on March 8, 1945. He is buried in Sunset Cemetery in Clinton, Tennessee.

Clinton Courier News, March 29, 1945
On March 8, 1945, somewhere in Germany there passed out of this incarnation one of the finest youths ever to have lived in Clinton. The War Department regretted to give this information to the family of Pvt. Rowe Cullom Eager last Friday, March 23. This was shocking news to them and to a host of friends throughout this area where he was born and had spent most of his 19 years. He had been on the continent less than one month so was spared the experience of the hazards of real war. Immediately after graduation from Clinton High School in May, 1943, he entered the University of Tennessee for pre-medical training until he was drafted into the Army in September, 1944. Assigned to the Infantry, he was sent to Fort McClellan, Ala., fora n accelerated 13 weeks basic training period and then overseas. Surviving are his parents, Mr. and Mrs. L.R. Eager and three brothers; S/Sgt Lelon R. Eager Jr. in the Pacific area; 1st Lt. Richard Eager with the Allied Air Forces in Belgium and Frank a high school senior here in Clinton. 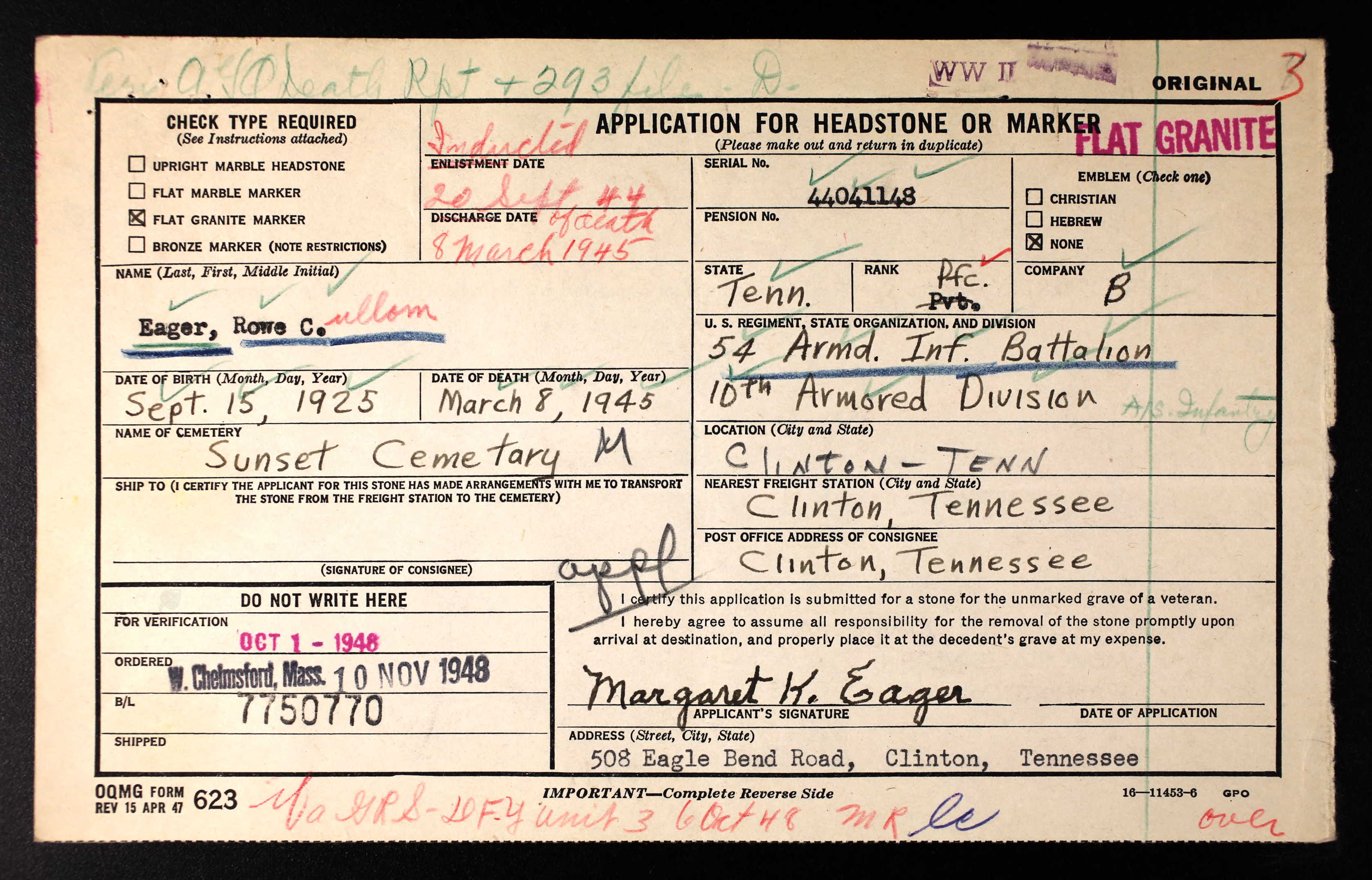 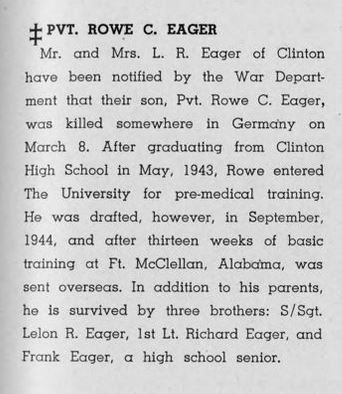 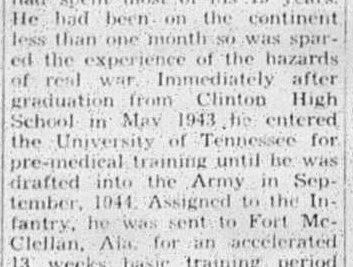