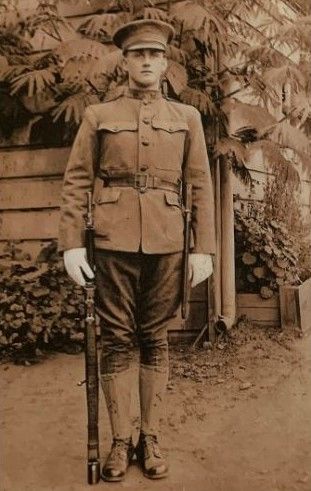 Technical Sergeant Ross H. Thompson was the son of Samuel Thompson and Hester Jane Davis. He was the brother of Mable G. Thompson, Samuel K. Thompson, Robert Lee Thompson, Earl E. Thompson, and Mary C. Thompson. He was married to Mae Williams in Monroe County, Tennessee on 24 December 1920 but had become a widower with dependents at the time he entered the service.

Ross Thompson enlisted on August 5, 1913. According to the 1920 census, he was assigned to Camp McAllen in Texas in 10 January 1920. He was honorably discharged on 4 June 1920.  Since 1922 he was attached to the Finance Department at Fort Douglas, Utah,Washington D.C. and at Fort Stotsenburg on the Philippine Island. He worked for 14 years on the Philippine Islands until he enlisted again on July 10, 1940. He served in the Pacific theater of the war with U.S. Army, Finance Department. When Major General Wainwright surrendered to the Japanese on May 6, 1942, Technical Sergeant Thompson was taken Prisoner of War on May 7, 1942. He died as Prisoner of War on December 10, 1942. He is memorialized at the Manila American Cemetery in Fort Bonifacio, Manila, Philippines.

Technical Sergeant Thompson entered the U.S. Army from Tennessee and was a member of the Finance Department stationed at Fort McKinley in the Philippines during World War II. He was captured by Japanese forces following the U.S. surrender at Bataan on April 9, 1942. TSgt Thompson was taken to the Cabanatuan Prisoner of War Camp, where he died of pellagra and beriberi on December 10, 1942. TSgt Thompson was buried in Common Grave 917 at the camp cemetery. His remains could not be individually identified when they were recovered from Communal Grave 917 after the war, and they were buried as unknown remains at the Manila American Cemetery in the Philippines. In March of 2018, the unknown remains associated with Communal Grave 917 were disinterred from the Manila American Cemetery and accessioned into the DPAA Laboratory for reexamination. Laboratory analysis led to the successful identification of TSgt Thompson’s remains.

Technical Sergeant Thompson is memorialized on the Walls of the Missing at the Manila American Cemetery in the Philippines. Thompson’s grandson chose to have him buried at the Tahoma National Cemetery in Kent, Washington. 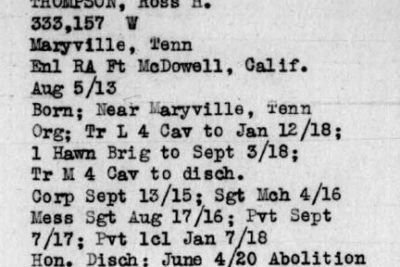 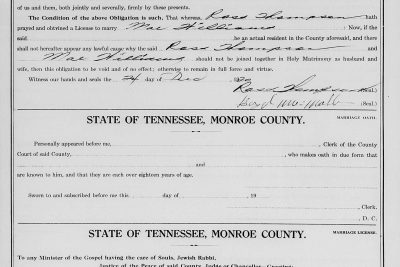 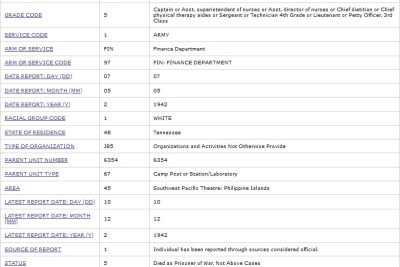 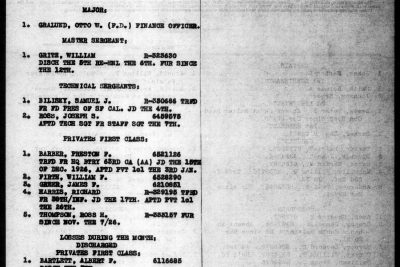 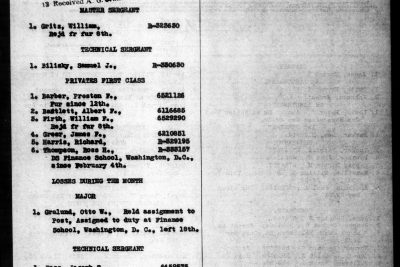 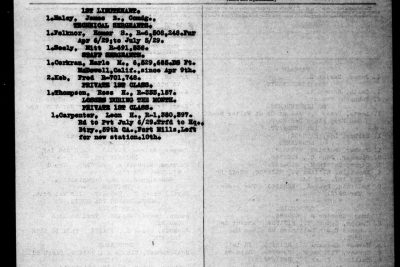 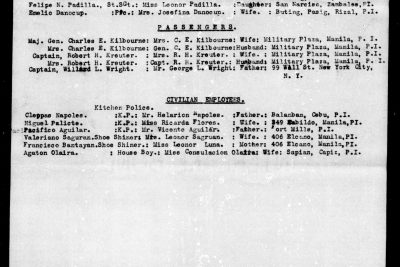 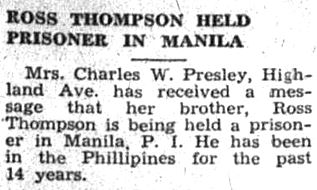