Newspaper account:
On what is believed to have been his 50th bombing mission over Germany (and so probably the last one before coming home), Staff Sgt. Ross H. Peterson was killed.

The later notification said the death message was received from the German Government through the International Red Cross.

The adjutant general has further informed Mr. Peterson that the Fourth Service commanding general, Atlanta, will send an officer here soon to formally present the father with the Air Medal and three Clusters that were awarded the son.

Two brothers are PO John Peterson, 25, who has made several Atlantic crossings on an escort destroyer; and Cpl. Charles Peterson who is in Italy and has had several visits with Sgt. Peterson there before the latter’s death. Sgt. Peterson was engineer and waist gunner on a Liberator with the Fifteenth Air Force in Italy.

Eyewitness Statement from Sgt Ward L. Gerowe, 746th Bomber Squadron (H):
I was flying in Baker 4 Box, ship 089 as a photographer. Aircraft 256, piloted by Lt Goodall was hit by flak after rally from target. Pilot lost control over ship immediately. Ship rolled over to its back and was on fire. Flames came out from wing and bomb-bay. Shortly afterwards, a/c blew up. No parachutes seen opening.

The body of Ross Peterson was recovered at Steinbirn on 22 August 1944. He was initially buried at the local cemetery at Mechnitz, District Neustadt, Germany on 24 August 1944. 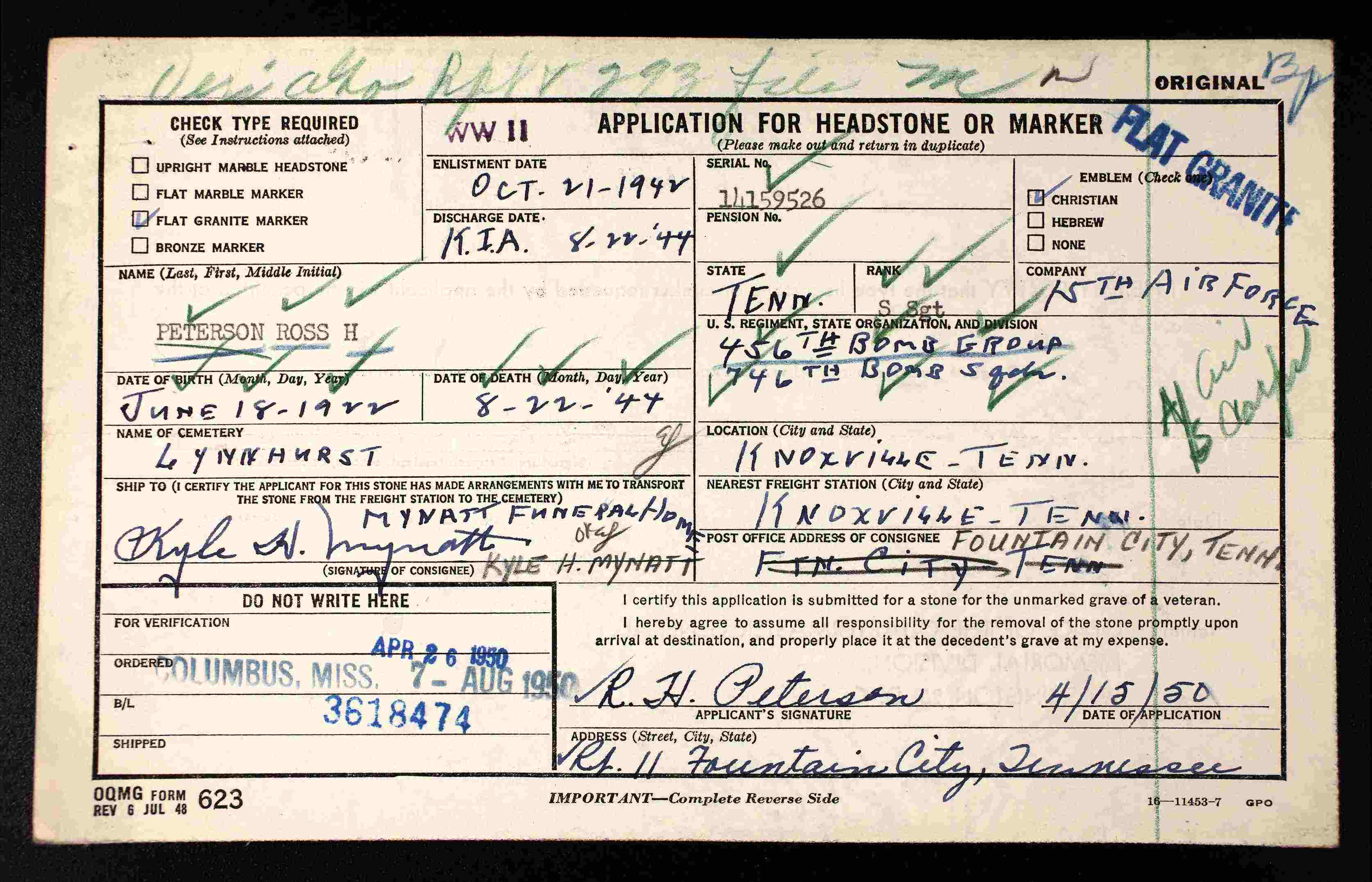 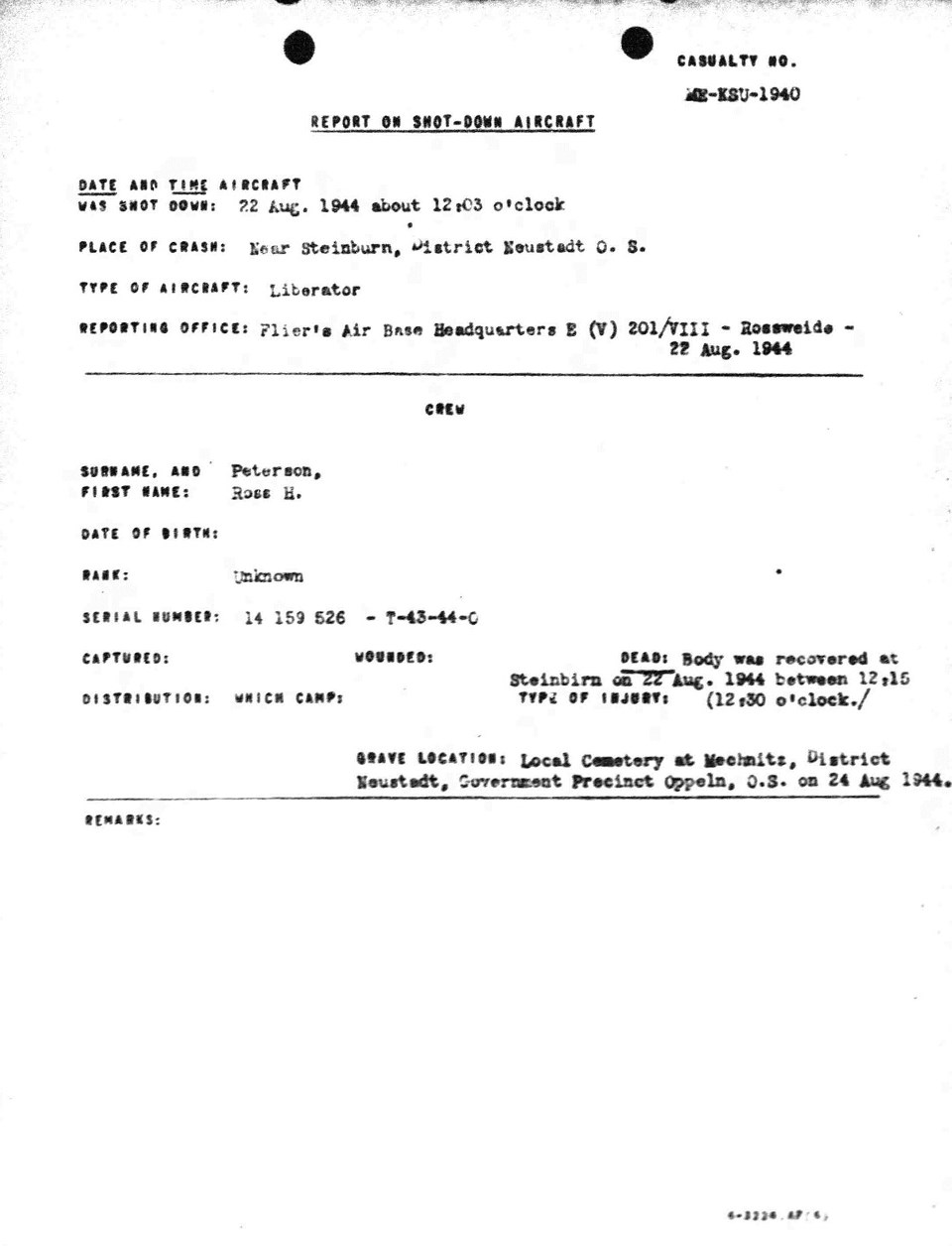