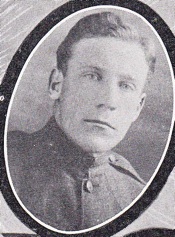 After enlistment on June 5, 1917, Ross Tucker was sent to Camp Sevier, SC, for military training. As a member of Company D, 117th Infantry, 30th Division, sailed for France on May 11, 1918. As a member of the American Expeditionary Force, participated in all battles of his command until October 8, 1918, on which date he was killed. He was in action at the time of death near Prémont, France.
Pvt Tucker was initially buried at the American Cemetery, Bony, Aisne, France. Buried at Knoxville National Cemetery, B-16, 3663. 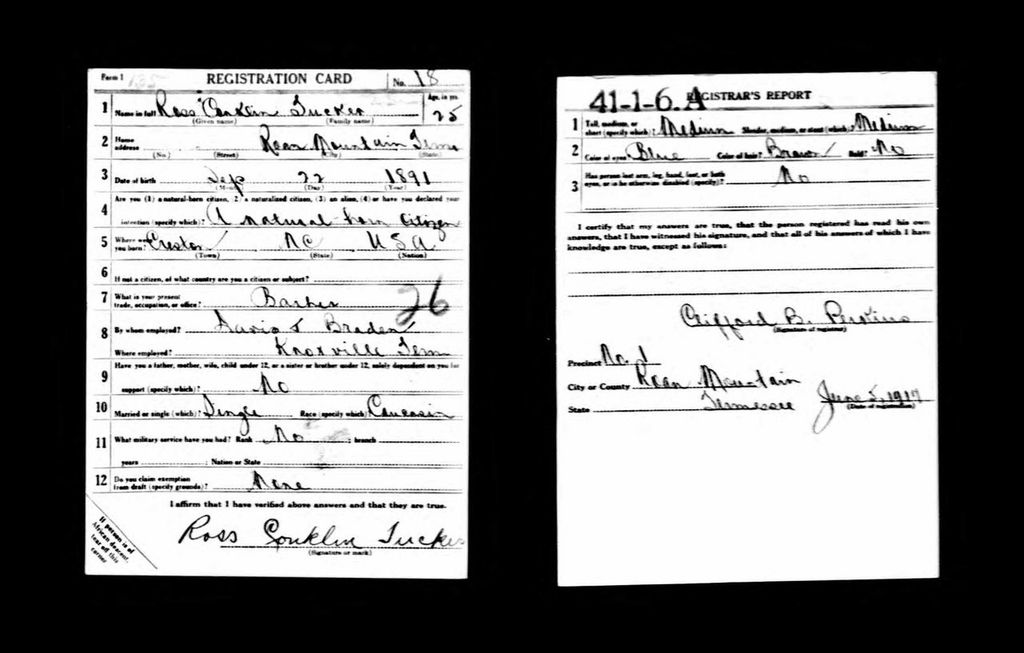 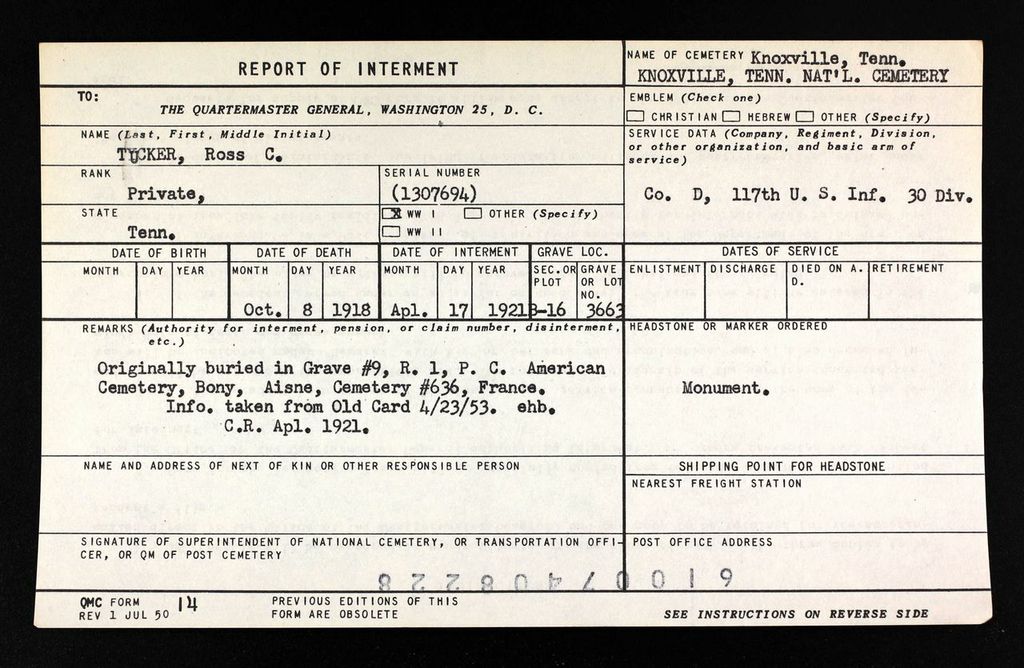 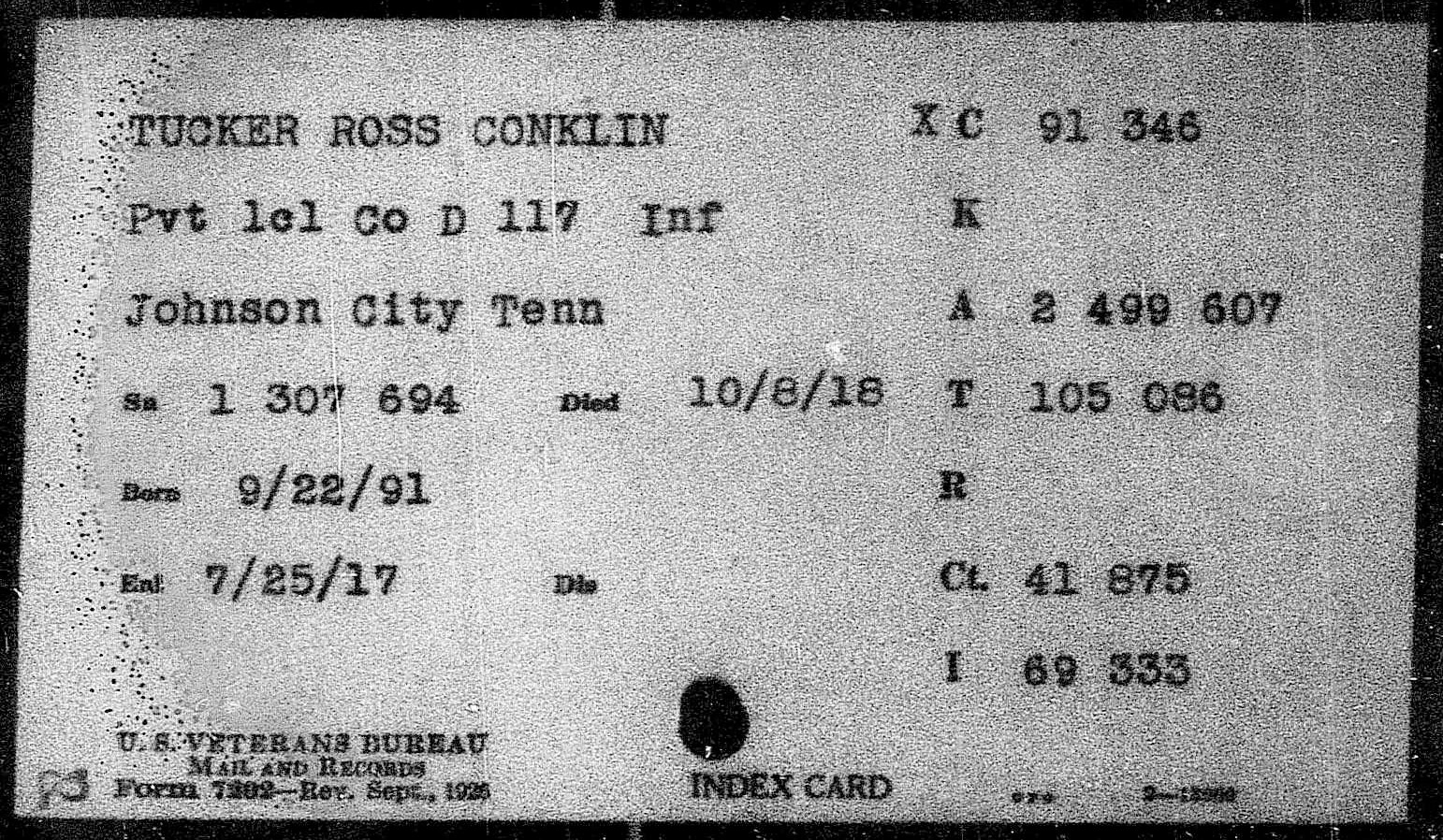 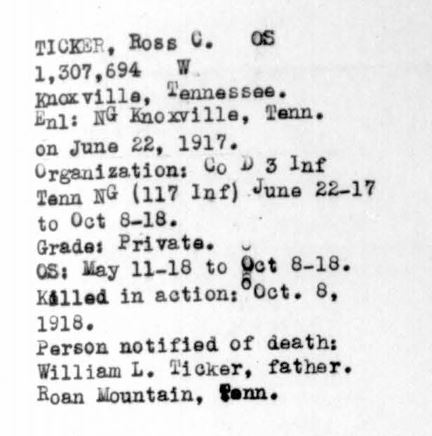 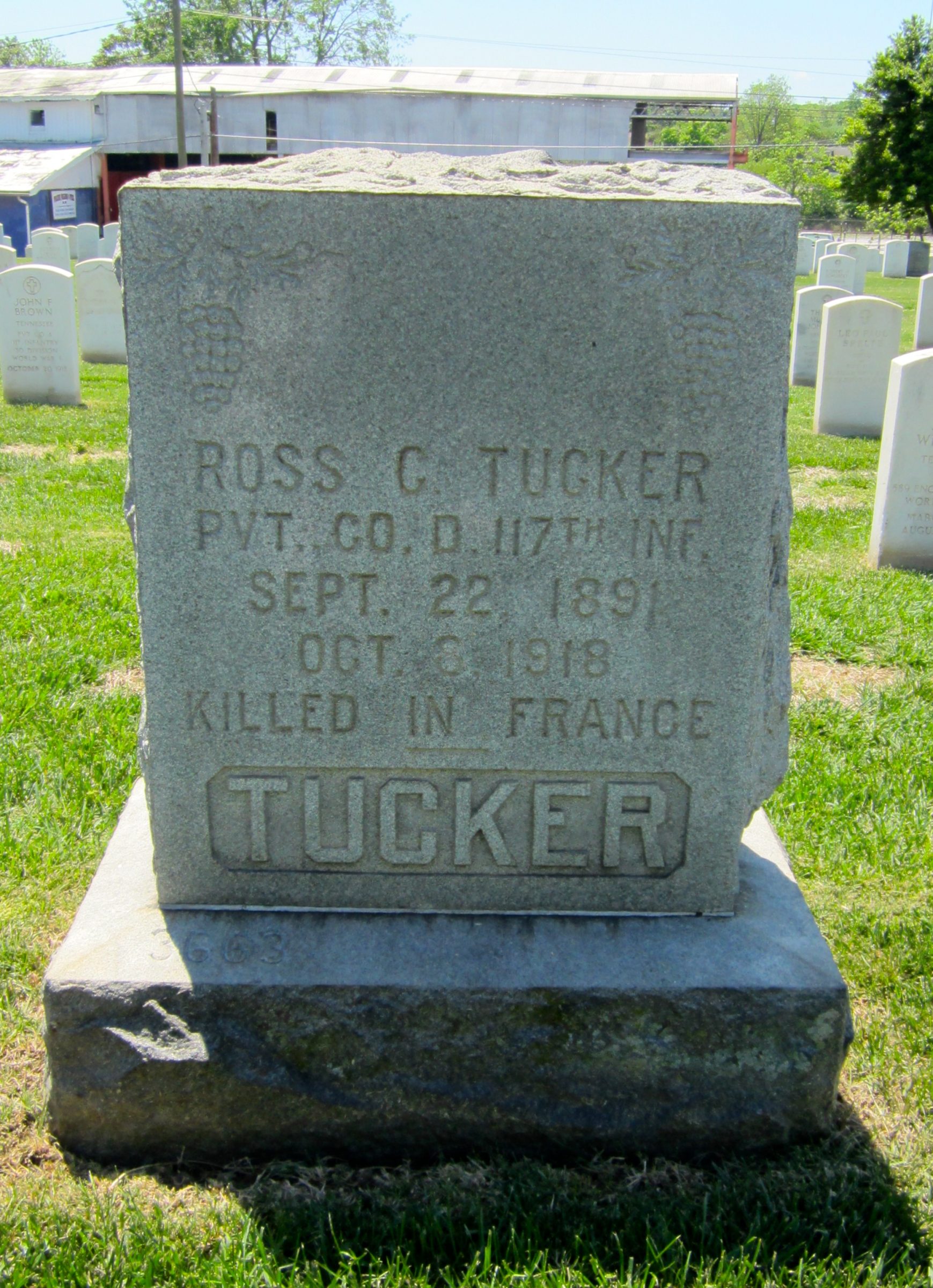