T/Sgt Best was crew chief onboard a C-47 with serial number 41-18525. His unit participated in Operation Husky II (11 July 1943) in Sicily, dropping paratroopers of the 82nd Airborne Division. The airplane was shot down by friendly fire.

The Knoxville Journal, September 5, 1943
Greenback, Sept. 4 – Roy Best, already notified by an Army chaplain that his son, Tech. Sgt. Roscoe Best, was killed in an airplane crash in North Africa, last week, received a notice from the War Department that Sergeant Bestis “missing in action.”
The War Department reported that the youth had been missing since July 11. The family, however, had alreadyn received the letter from the chaplain in North Africa, who told them of the death of their son, and stated that he had been buried beside his crashed plane. Sergeant Best attended Friendsville High School for three years and was graduated from the Southern Military Academy.nHe was employed by the Aluminum Company in America before enlisting in the service in January 1941. His family resides at Route 2, Greenback. 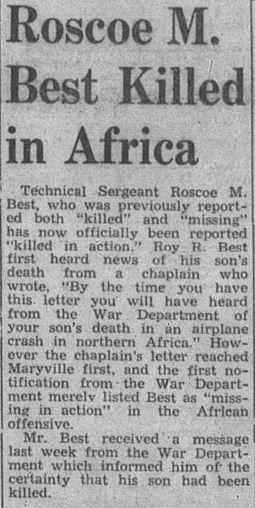 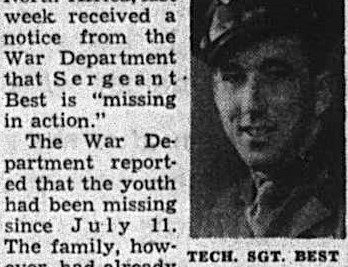 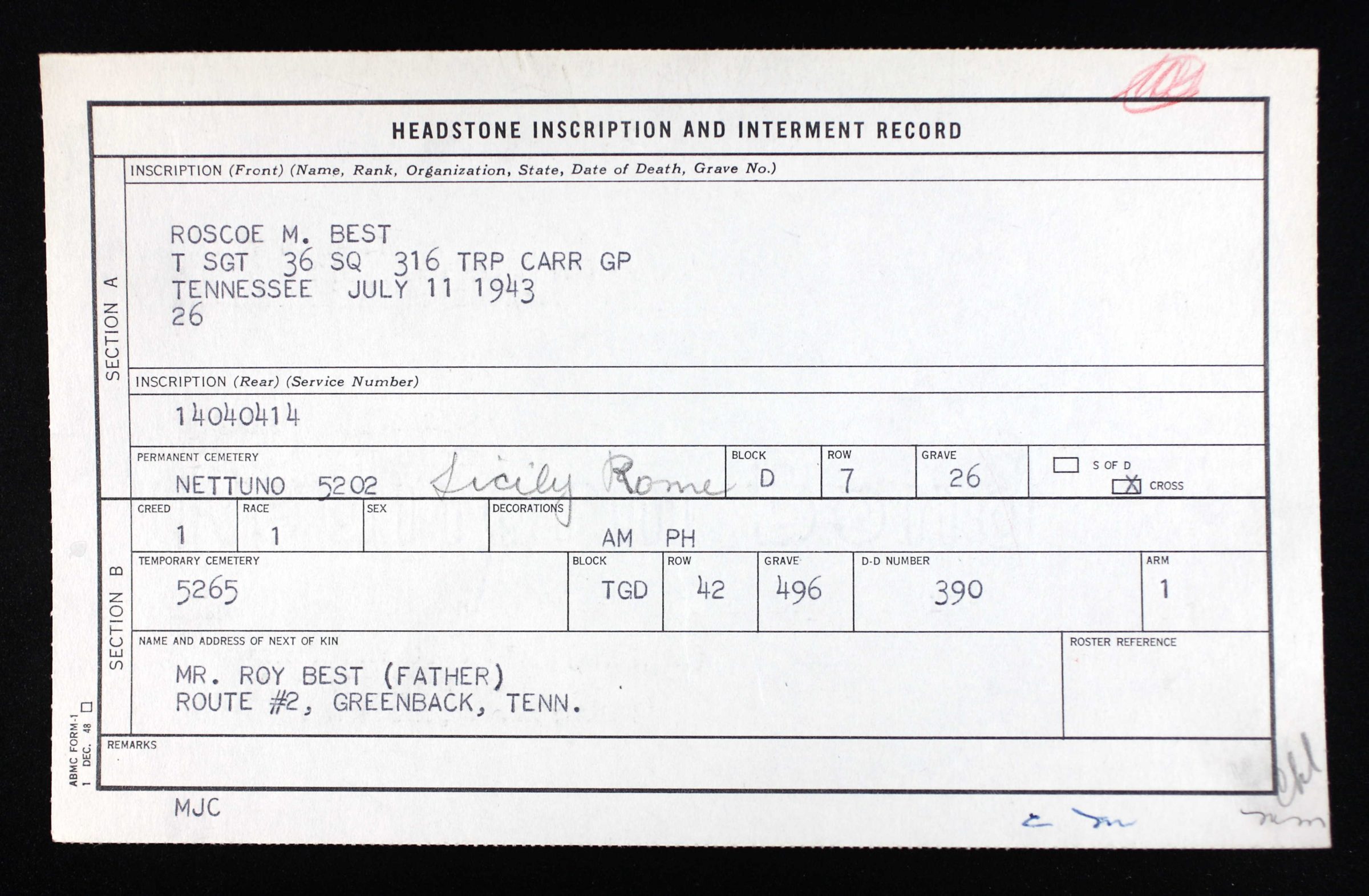