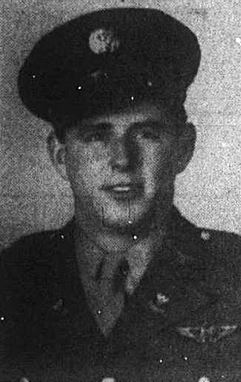 Roscoe Lee Ottinger was born 31 January 1923, son of Ross Roscoe Ottinger.
Missing in action since 29 October 1944 in the Adriatic Sea

Statement from Captain Charles H. Foote, 779th Bomb Sq, 464th Bomb Gp (H).
On the 29 October 1944 we were on our way to bomb a target in Germany. I was flying number 22 position in Able Box. At about 1110 number 11 position rolled into a turn to the left. I followed him in this turn, and as I was flying wide, had an opportunity to alternately watch him and my instruments. I stayed in the turn which seemed to increase in bank and speed until I was in a 45 degree bank and was indicating 225 MPH. When I saw this condition, I rolled out and returned to straight and level. I then watched position 11, 13 and 21 continue their turn. Position 11 rolled over on his back and split-essed out of sight into the clouds. At no time did I see anyone parachute from the aircraft.

On 29 October 1944, the mission leader on the Munich/Augsburg bombing run was flying 42-50867 at 22,500 ft.altitude. See macr 9465. He ordered the mission cancelled and began a turn to return to base for all in the formation (790 bombers) and at that moment the aircraft rolled over and went into a spin into the undercast. A few minutes elapsed while Major Burton and Captain Sheldon and the the flight engineer tried to regain control of the ship, which was brand new and on it’s first mission; they continued to fall through the formation following on and scattered at lower altitude. It slammed into Stinky Avenger, 41-28996. See macr 9582 and witness statement in full where witness states yellow tailplane plainly visible, making it a 55th bomb wing b-24. In nmr 29 Oct. 1944, Major Francis Elder’s report noted a vapor trail was observed 10 miles to the west, growing larger and turning into dark smoke but no aircraft at the end. This was likely 41-28996 trying to reach Vis after the collision, but was also possible to be smoke from 42-50867 after cutting starboard throttles and running 1 and 2 at full war emergency to overcome hard pull to port side followed by collision with Stinky Avenger in the clouds. 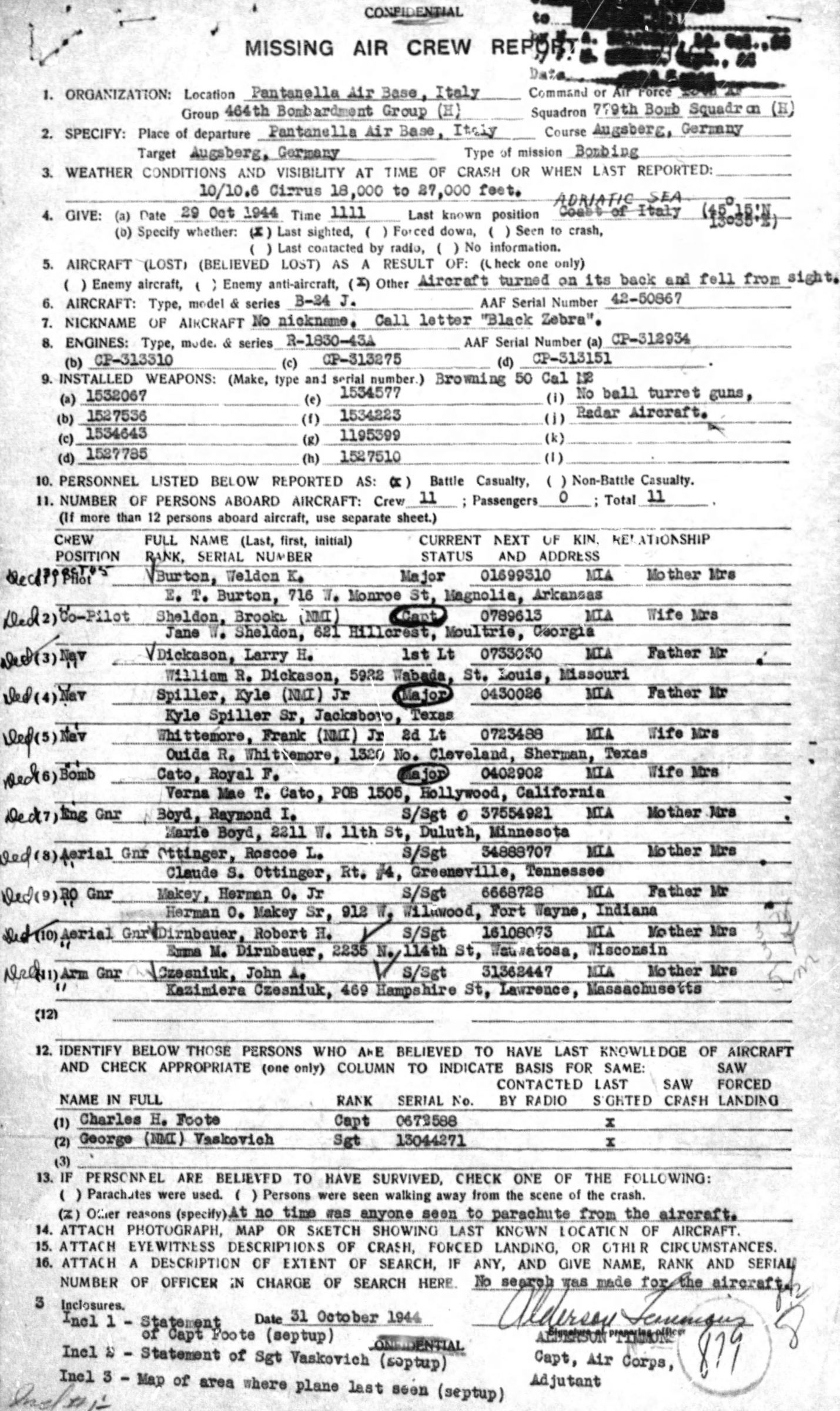