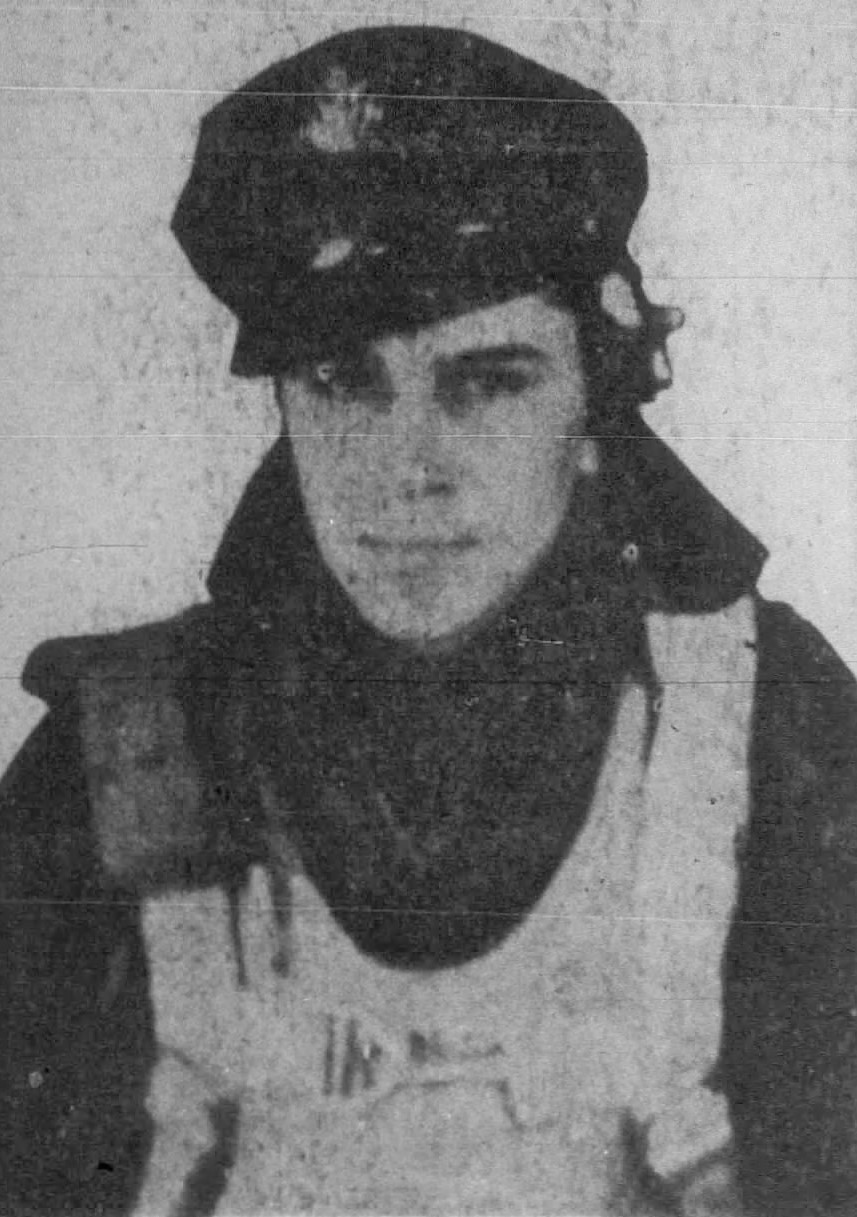 Aircraft B-17G with serial number 42-102581 was on an operational bombing mission to Dessau, Germany. The aircraft was shot down 36,5 km east of Burg by Magdeburg, south of Glienecke, Germany by fighters and crashed with the bomb load.

The Johnson City Press-Chronicle, December 19, 1944
Two upstate men are listed by the War Department as having been killed in action. They are Staff. Sgt. Roscoe D. Tomlinson, 21, son fo Mr. and Mrs. Carl C. Tomlinson of Johnson City and Pvt. Arthur L. Rutherford. Tomlinson, reported missing since midsummer, was listed as killed in action in the European area. A waist gunner of an Eight Air Force Flying Fortress crew, Sgt. Tomlinson was awarded the Air Medal last April for ëxceptionally meritorious achievement while participating in combat missions over continental Europe.”
In civilian life he was employed by American Bember Corporation as a process worker. He was graduated from Whitesburgh High School in 1940. Shortly after enlistment in the Air Corps in October, 1942, he was graduated form armament school at Lowry Field, Denver, Colo., and later had aerial gunnery training at Tyndall Field, Fla.
An older brother, Pvt. Henry Tomlinson, is witht he famous field artillery in France. 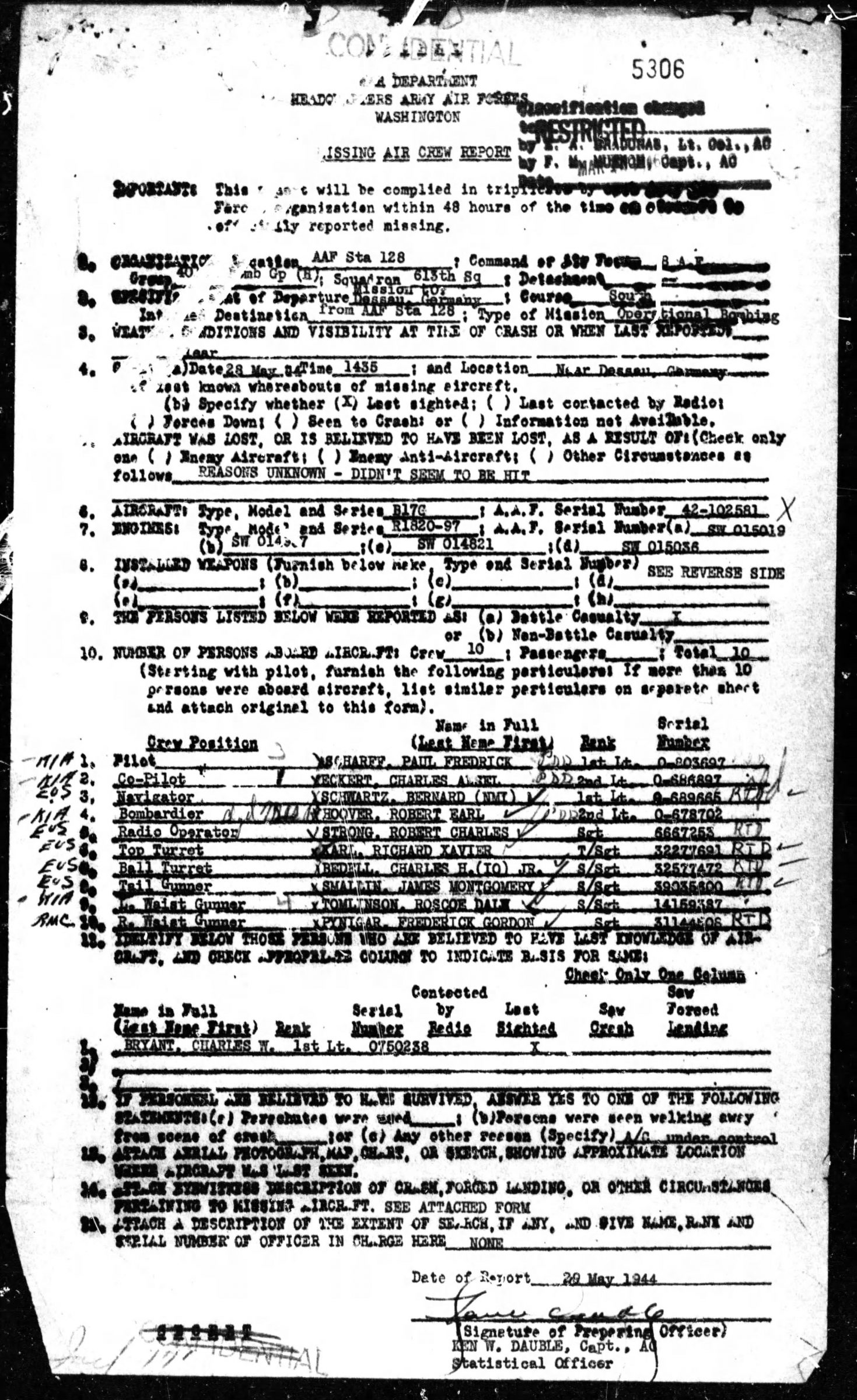 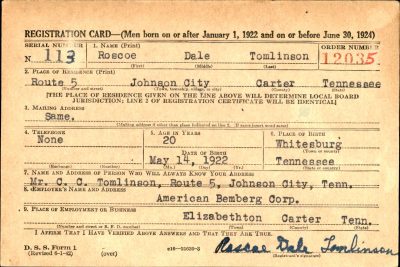 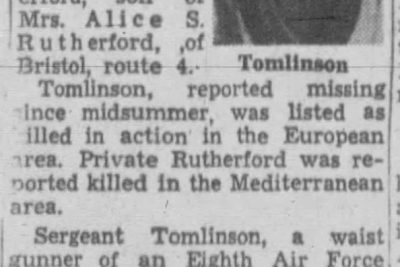