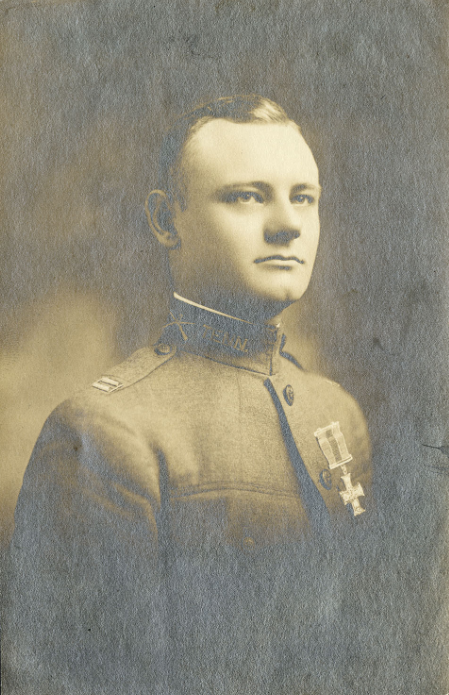 He entered the service June 26, 1916, as a member of the Third Tennessee, from which he was transferred to the Supply Company, 117th Infantry at Camp Sevier, SC. Later assigned to the command of Company I, 117th Infantry. Embarked for France on May 11, 1918. Was engaged with his company in the battles of Ypres, Hindenburg Line, Bellicourt, Nauroy, and Busigny, where he was severely wounded on October 7, 1918. Died on October 9 in a German hospital. He is buried in plot A, row 25, grave 13, Somme American Cemetery, Bony, France.

The President of the United States of America, authorized by Act of Congress, July 9, 1918, takes pride in presenting the Distinguished Service Cross Posthumously to Captain Infantry Rolf Moody, United States Army, for extraordinary heroism in action while serving with 117th Infantry Regiment, 30th Division, A.E.F., near Beaurevoir, France, 7 October 1918. Captain Moody was in command of his company on the left flank of the assaulting battalion, when withering machine-gun fire from an old factory building held up the advance of the entire left flank. Realizing the gravity of the situation, he took two squads and led them in an attack on the machine-gun positions over ground swept by machine-gun and shell fire. After a personal encounter in which he used his pistol and hand grenades, the machine guns were silenced. From there he started toward another machine-gun post, but was mortally wounded before reaching it, dying on the field. War Department, General Orders 87 1919 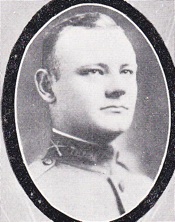 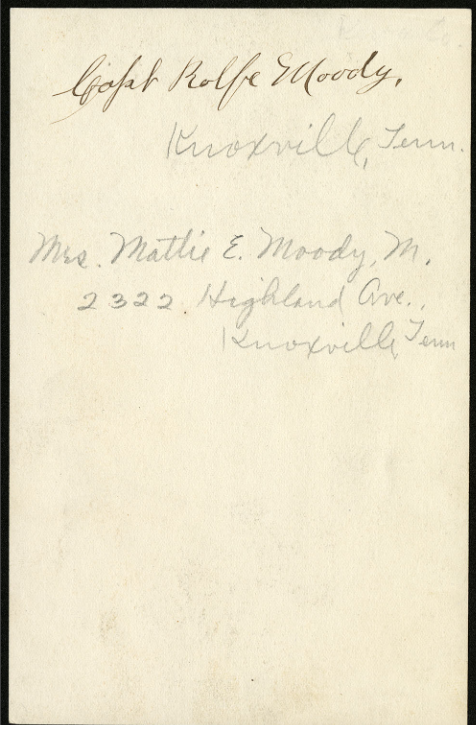 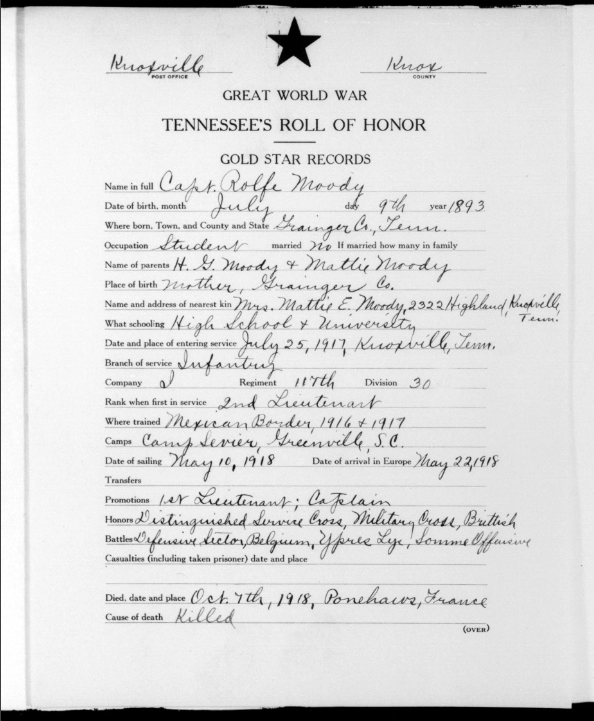 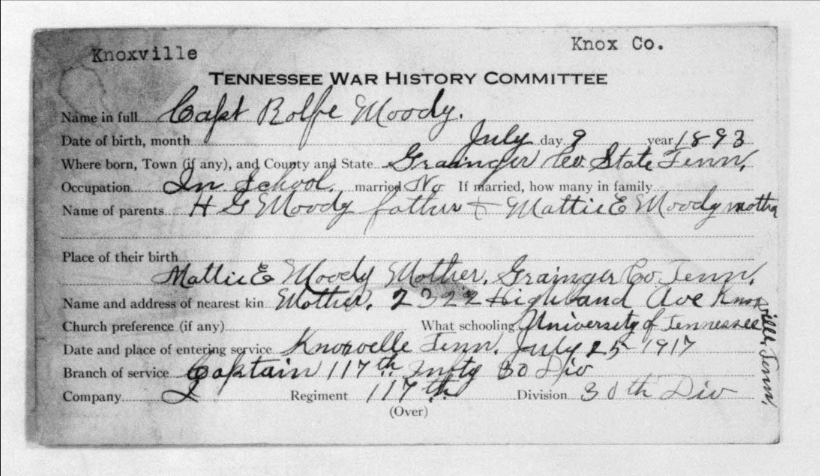 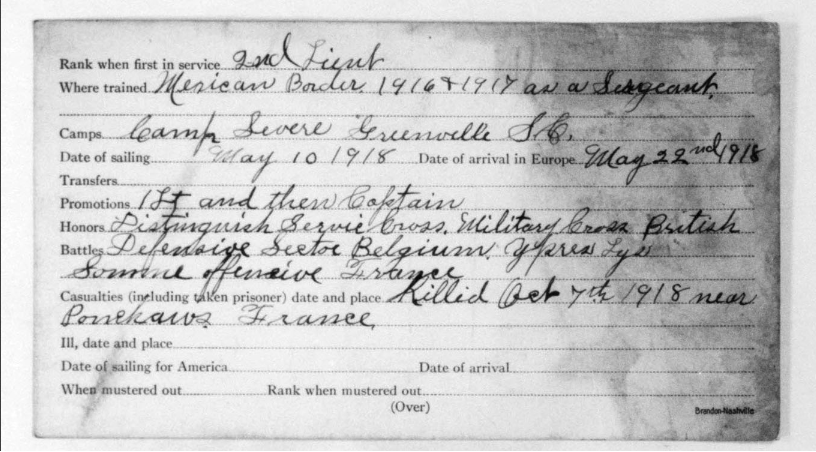 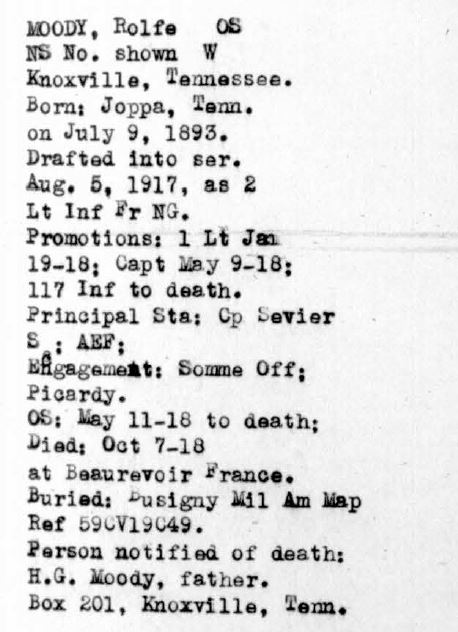 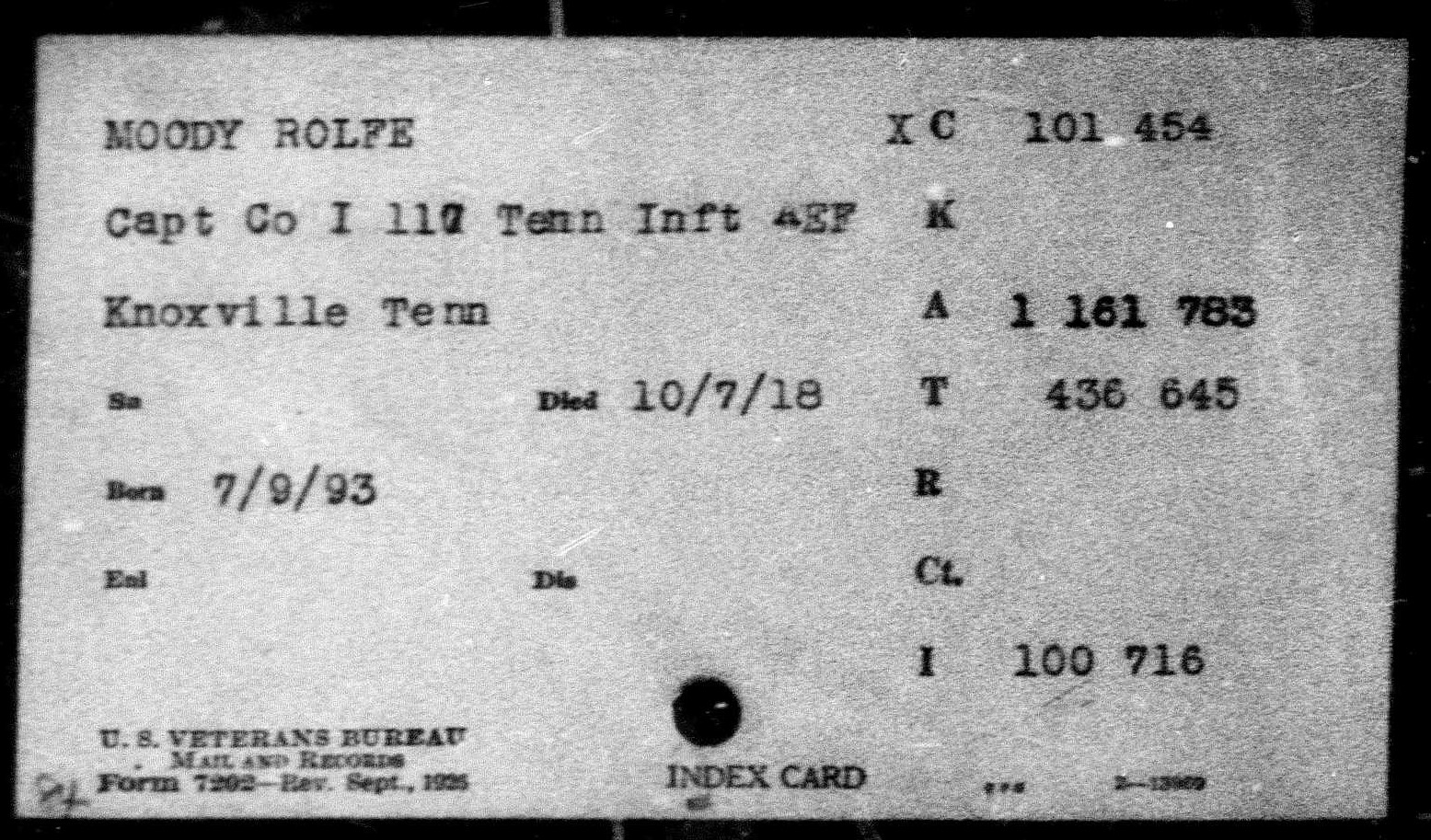 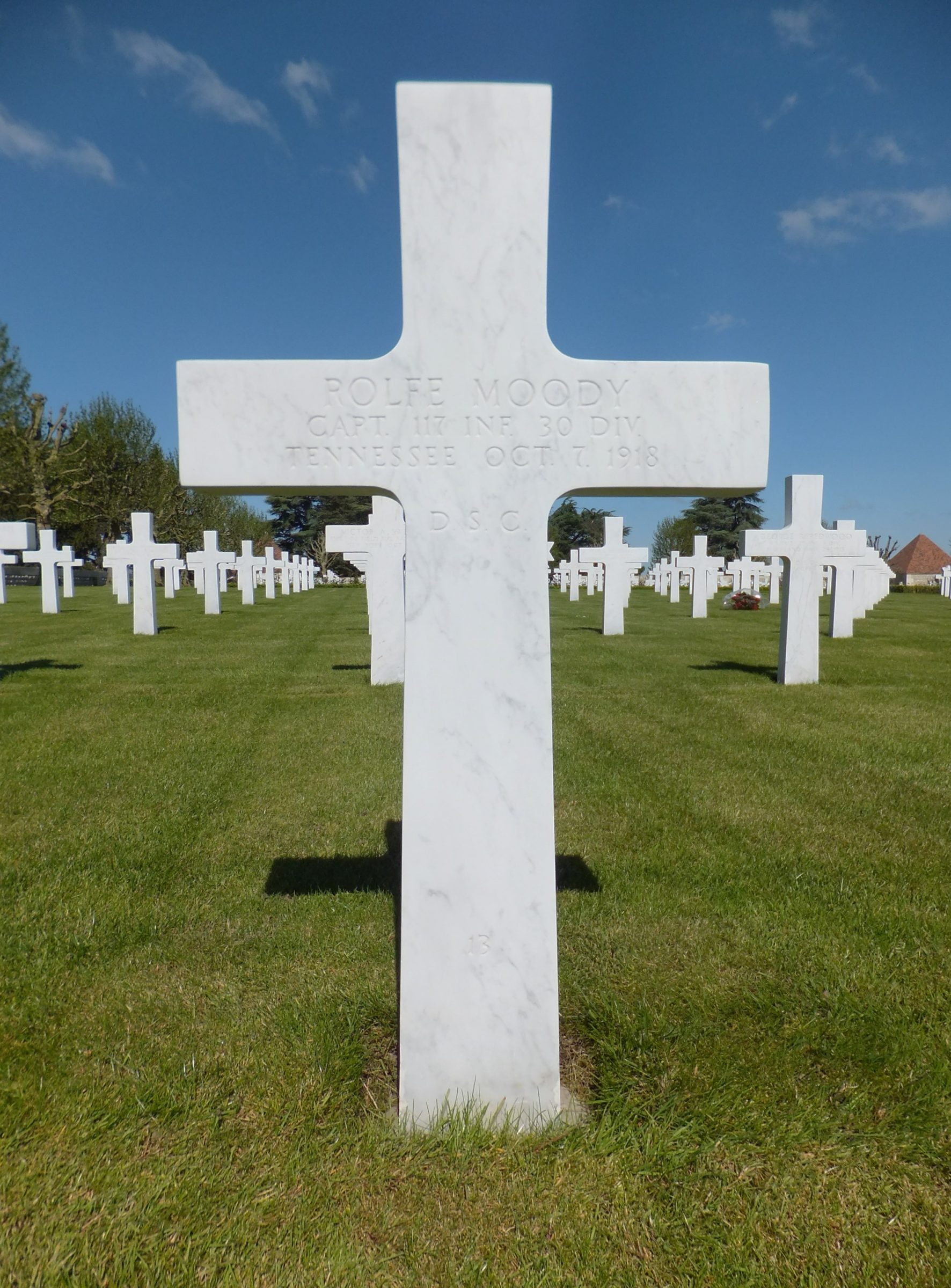