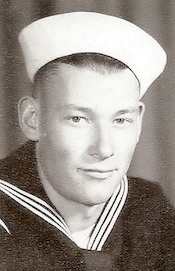 Served on the USS Palmer (DMS 5)
On 7 January 1945 at 1840 the USS Palmer was attacked by a Japanese bomber. Two bombs were dropped from an altitude of about 50 feet which hit the port side in the vicinity of the D Tanks and the forward after living compartment. A huge fire began burning which immediately threatened the after magazines. It was evident within a frew minutes that the ship was going to sink as the stern began to settle rapidly. Due to the imminent danger of the after magazines exploding and the rapidity with which the ship was sinking, very little first aid was administered aboard ship. The wounded were put into the water and were aided in reaching life rafts. The fire was extinguished when the stern was low in the water and the oil on the water neer burned thereby reducing the possible number of wounded. The ship sank at 1846.

Roland O. Rich was seriously wounded. He had 2nd degree burns in face, neck, arms and upper chest anteriorly. He was transferred to U.S.S. Doyen (APA-1) FFT and disposition. 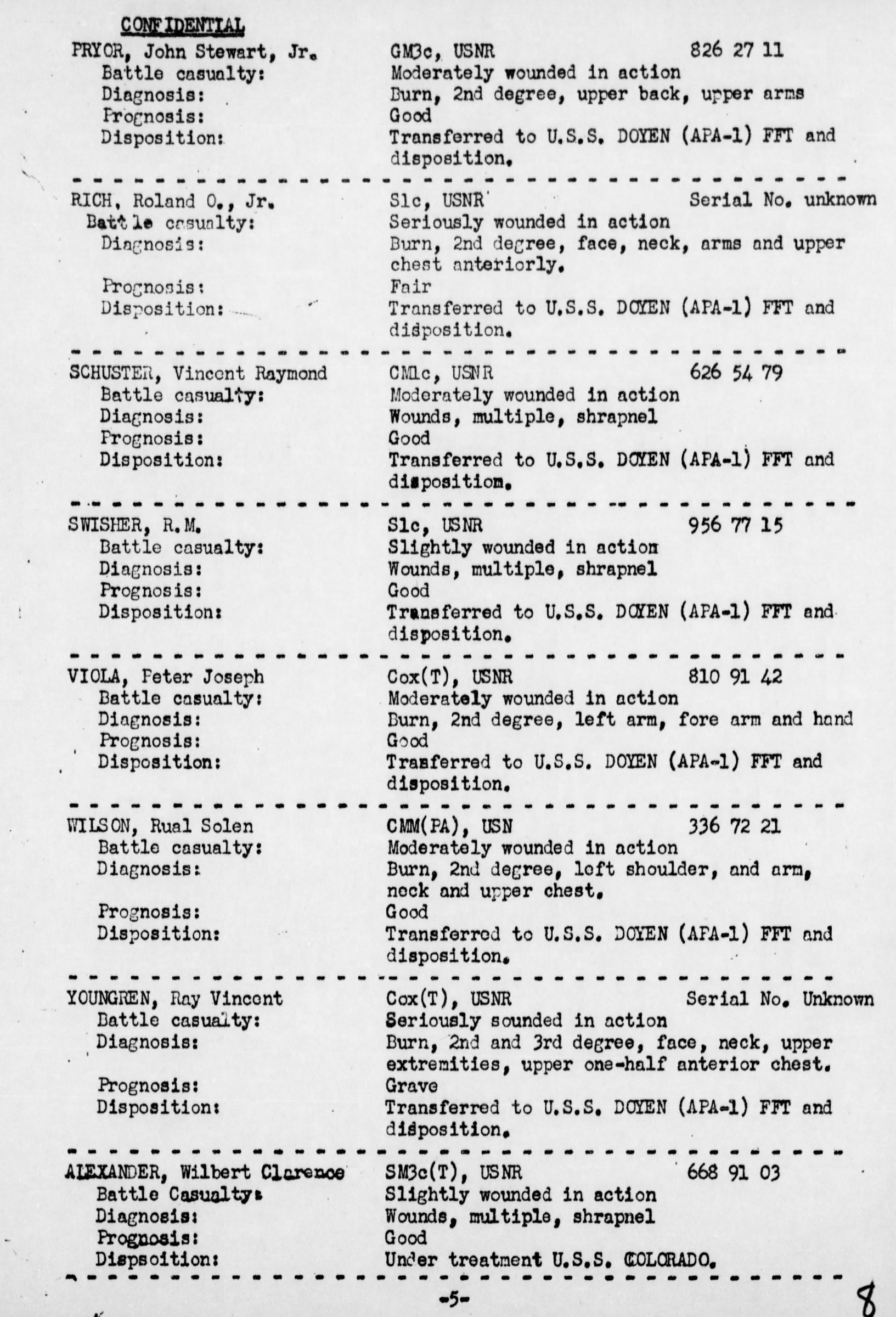 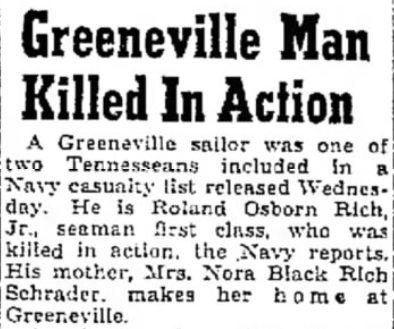