2nd Lt Hickey was assigned to the Headquarters Squadron, V Air Service Command.
He is memorialized at Manila American Cemetery.

Aircraft B-17 with serial number 41-2464, departed from Strip 1, Nabzab Airfield No. 1 on an administrative mission to Mokmer Drome, Biak. On board were 5 crewmembers and 14 passengers. There was no contact with the plane after takeoff and was never heard from again.

Statement from John H. Small Jr., Major, Air Corps, Rescue Officer.
On July 10, 1944 this office was notified that a B-17 of the Fifth Air Force Service Command was missing on a flight from Nadzab to Biak with preposed stopover at Tadji since early July 8. No record of the plane landing at Tadji could be established. The Rescue Office notified its Advanced Operational Headquarters at Hollandia and the Rescue Catalina in the coastal areas concerned. An immediate search was instituted by them along the coast from the Ramu River to Noemfoor Island for the next several days. Thru Fifth Bomber Command Rescue Service searches by B-24’s and B-25’s were arranged for a similar length of time. Group intelligence parties of NGF and Air Sea Rescue in the middle Ramu and Sepik River areas as well as to the West of Wewak were notified by radio of the loss of this aircraft and the possibility of its crashing in their areas. Negative sightings and reports were made. 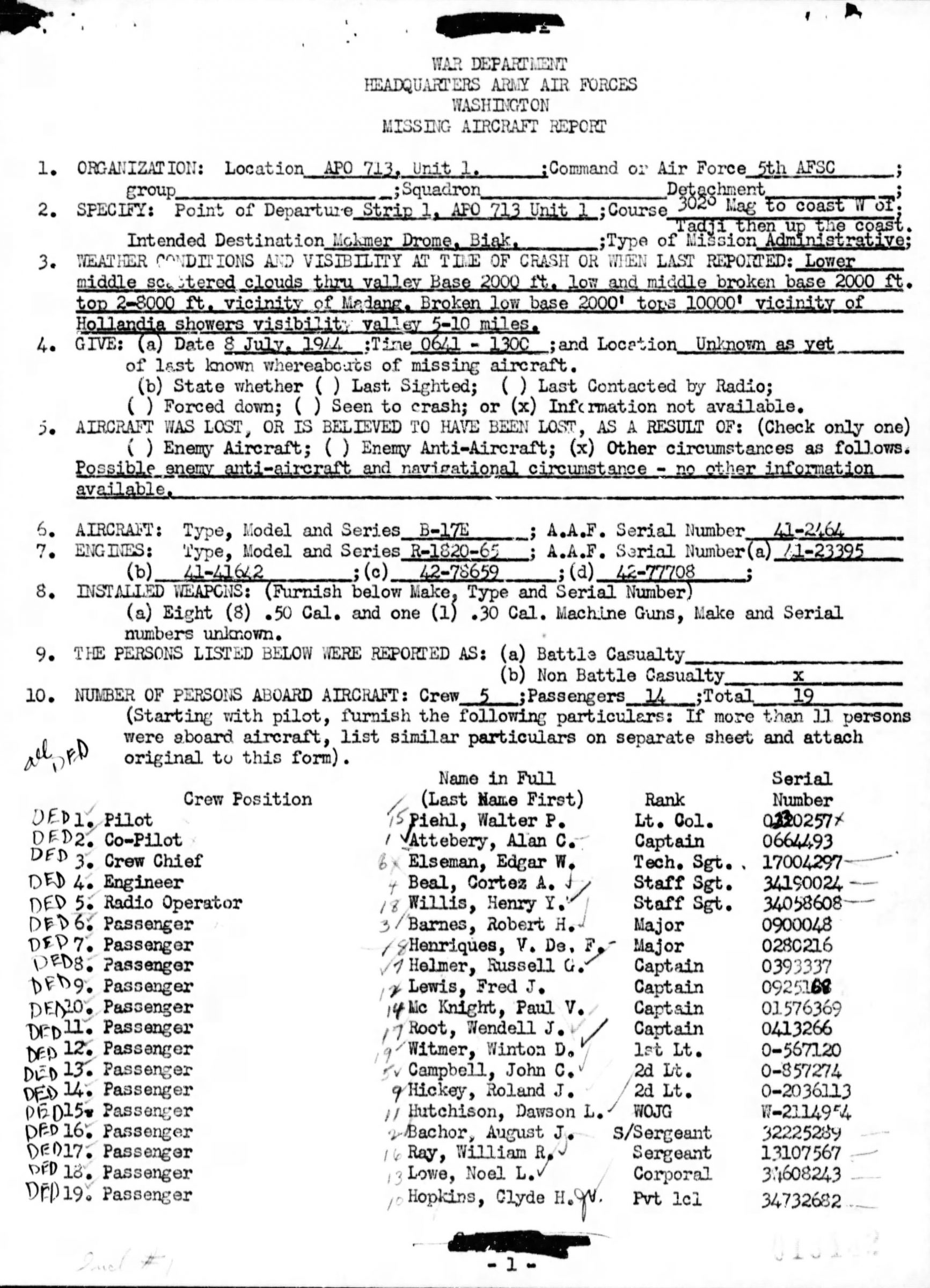 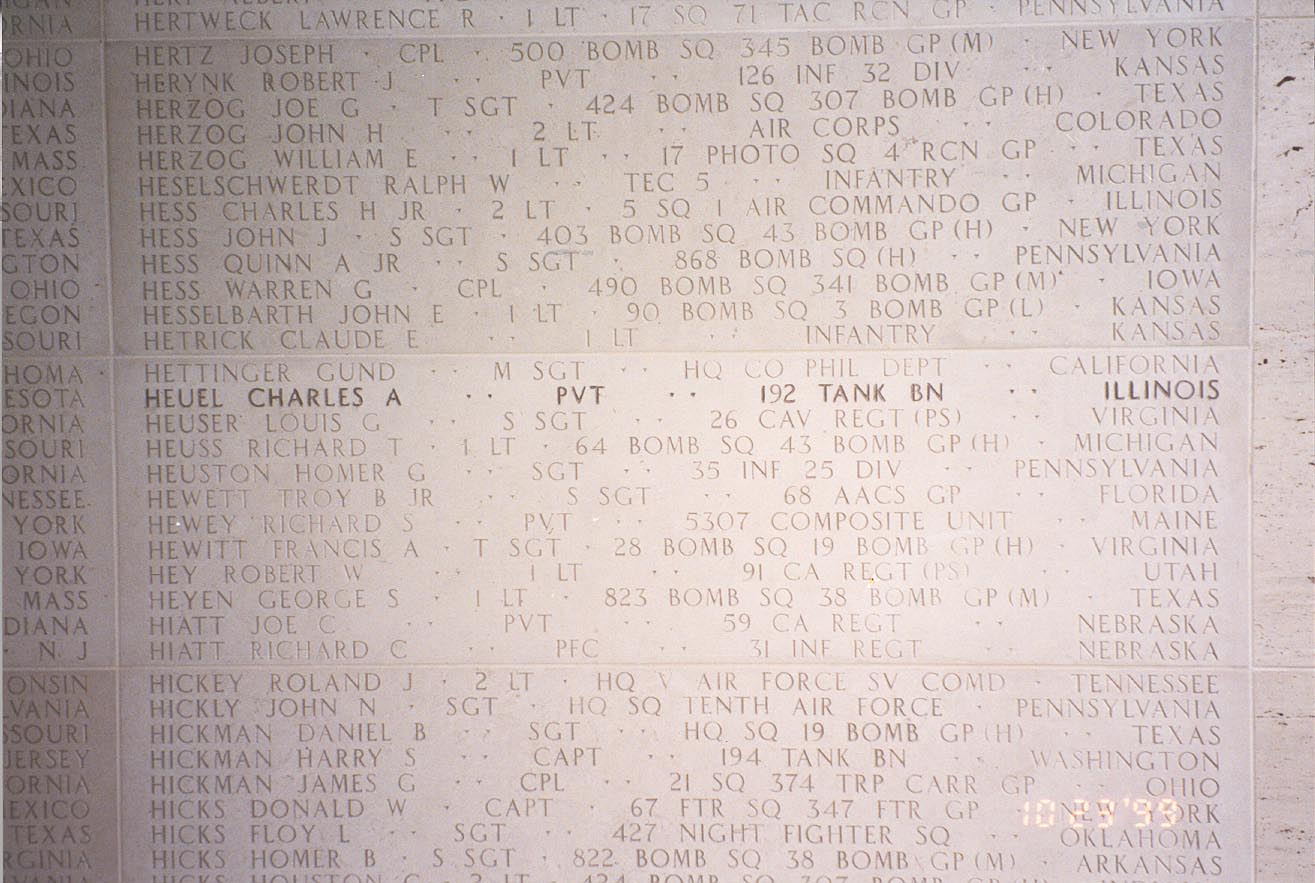