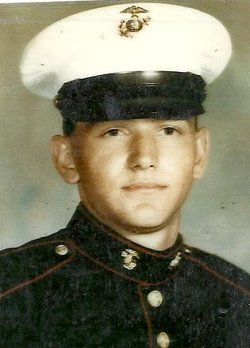 Private First Class Roger Minett Lay was born on May 9, 1948, and was originally from Milford, Ohio. He served his country in the Vietnam War in the United States Marine Corps, as a rifleman in 3rd Platoon, D Company, 1st Recon. Battalion, 1st Marine Division. His tour in Vietnam began on November 29, 1967. Less than two months later, on January 25, 1968, PFC Lay was killed under hostile conditions in Thua Thien province, South Vietnam; he was 19 years old at the time of his death. PFC Lay was the recipient of the Purple Heart award. He is buried at Douglas Cemetery in Oswego, Campbell County, Tennessee, and is memorialized on the Vietnam Veterans Memorial on Panel 35E, Line 33.

The following is an online tribute left for PFC Lay:
I was much too young to remember you, but I spoke to your father only a couple of weeks ago, and he told me of the time when you left us. He spoke of how proud he was and how sad as well. It touched me that he remembered in such detail, the kind of person you were even before you enlisted, and the things that were spoken between you while still serving in the conflict. I wish now that I might have known you during your life, yet I’ve been given the opportunity to know you a little through your Dad who is also a wonderful person. At least we have shared in this life, a couple of great brothers who happen to be our Dads.Thank you and rest, Cousin Roger.
–Jeffery Lay

Story submitted by Chuck Nowotny:
I had occasion to insert the eight (8) man Quizmaster Team of the 1st Btn. 4th Platoon, Company C Force Recon into a small valley near the Grid YD 780950 which is just west of the ‘Sông Ta Trach’ River (aka) the South Branch of the Perfume River just after 10:00 Hrs.   The insertion was uneventful except that due to the very dense elephant grass that prevented the rear ramp from deploying on my CH-46A helicopter, ergo, I had to egress the team from the Starboard side hatch. As the team departed and since we were not taking fire and the team deployed directly beneath and in front of my .50 Cal, I grabbed my camera and snapped some photographs of the insertion and as we lifted from the L.Z. After engaging in two other extractions elsewhere and after sustaining a fair amount of damage to the forward rotor blades during one of the emergency extractions and after about two hours of flying, we were low on fuel.  After dropping off the last recon team at the Recon Pad at the 3rd Mar Div. we flew to the Phu Bai Airbase to refuel my now damaged and out of sync. helicopter.

As I hot refueled my bird, a mission was radioed informing us the initial team Quizmaster was in serious trouble with WIA’s and needed an emergency extraction.  We attempted three times to pull the team out each time received extremely heavy fire from large and small caliber weapons, only succeeding on the third attempt to locate the team and effect their successful extraction .  Roger Lay was hit in the upper left chest area by a single shard of grenade shrapnel during the initial ambush laid by the NVA. The team held was heavily outnumbered and the LZ we’d dropped the team off in was teaming with hundreds of PAVN Soldiers apparently on their way to attack Hue city on January 31, the beginning of the TET Offensive.  All Marine and Naval air assets had been called in to support the team and on our arrival there were F-4’s and A-4’s on station and were bombing and strafing the valley floor and NVA infested hillsides. There were two Huey’s from VMO-3 there giving rocket and M-60 support in between the sorties of the Fast Movers.  The Huey’s were also providing Coordination with the Air Assets as the Team on the ground only had a short range PRC-25 and could not communicate with their base of operations. (See the radio on Radioman Bob Rininger’s back in the photo with Roger who is looking at me.)

After 43 long years I was able to finally contact the Lay Family and put them in touch with the other men in his team and gave them the photos of Roger’s Last Mission.  There were four WIA’s including Roger, Bob Rininger, Jim Ortega and the patrol leader, Lt. Lloyd Phelps.  In October of 2012 the surviving team and I had occasion to reunite in Hilton Head S.C. where we dutifully remembered Roger’s contribution and sacrifice for America with the honor and respect due a fallen Brother Marine.

Picture 1: Team Quizmaster shortly after take off, headed to the insertion zone.
Picture 2: Roger Lay is looking in my direction as the team deploys from my aircraft.  Bob Rininger, the Radio operator (to Roger’s left rear) said that Roger had a premonition the night before and mailed a letter to his parents just before leaving on the mission.  Bob said that Roger was a religious sort and a good kid!
Picture 3: The remaining team five (5) in this photo deploy from my bird via the starboard hatch.
Picture 4: As we lift off, the team deploys into the dense bush.  Unbeknownst to all of us was that the zone and the surrounding hills is warming with Hundreds of PAVN (NVA)  soldiers.  Tet began just five days later. 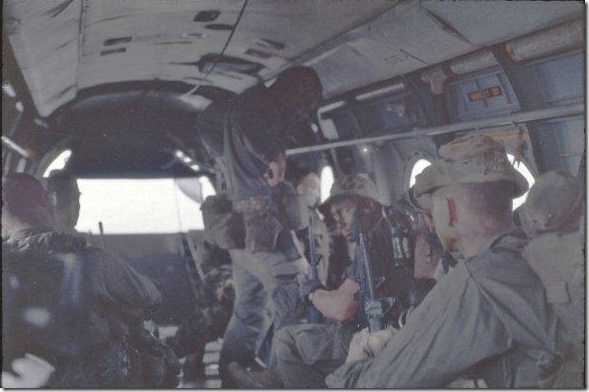 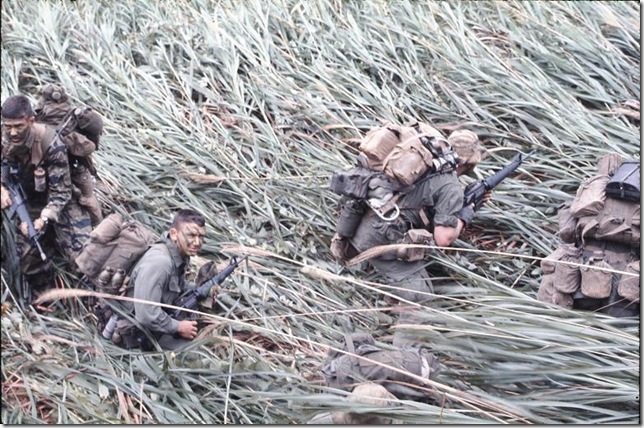 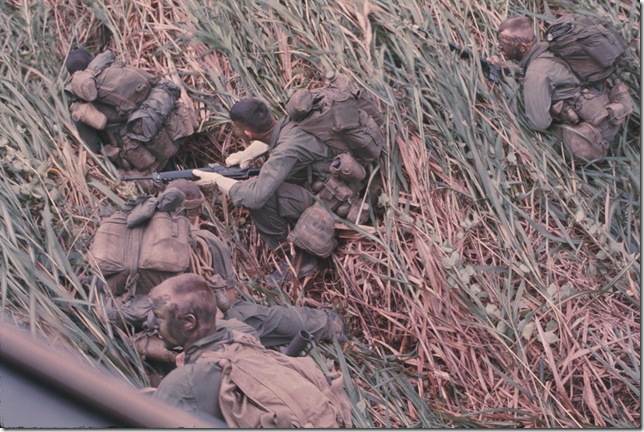 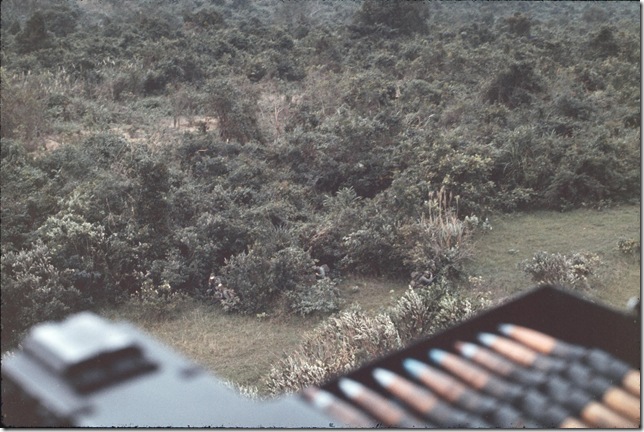 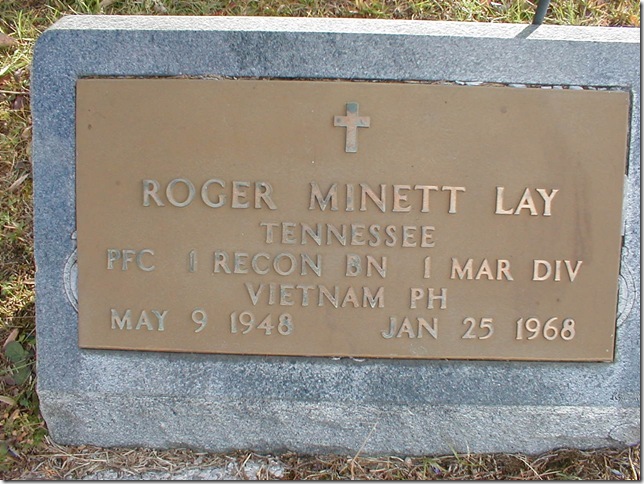