The Bristol Herald Courier, 5 March 1949
Funeral services for Pfc. Roderick B. Horn, who died February 14, 1944, of wounds received in action in Italy, will be conducted at the local Presbyterian Church, with burial to follow in the local cemetery.
The body of Pfc. Horn will arrive in Bristol on Southern Railway Train and will be met there by members of the family and of the local veterans organizations. Horn, son of Mr. and Mrs. Robert Horn of Mountain City, was born June 29, 1943. He had been a member of the Free Will Baptist Church of Shouns, Tennessee, since the age of 13 years. He entered service May 13, 1943, and after going overseas the following October he participated in three major battles.
Surviving, in addition to the parents, are the following brothers: Herbert, Billy, Joe and Otis, all of Mountain City and Rayburn L. Horn, now in service and stationed in Bermuda. 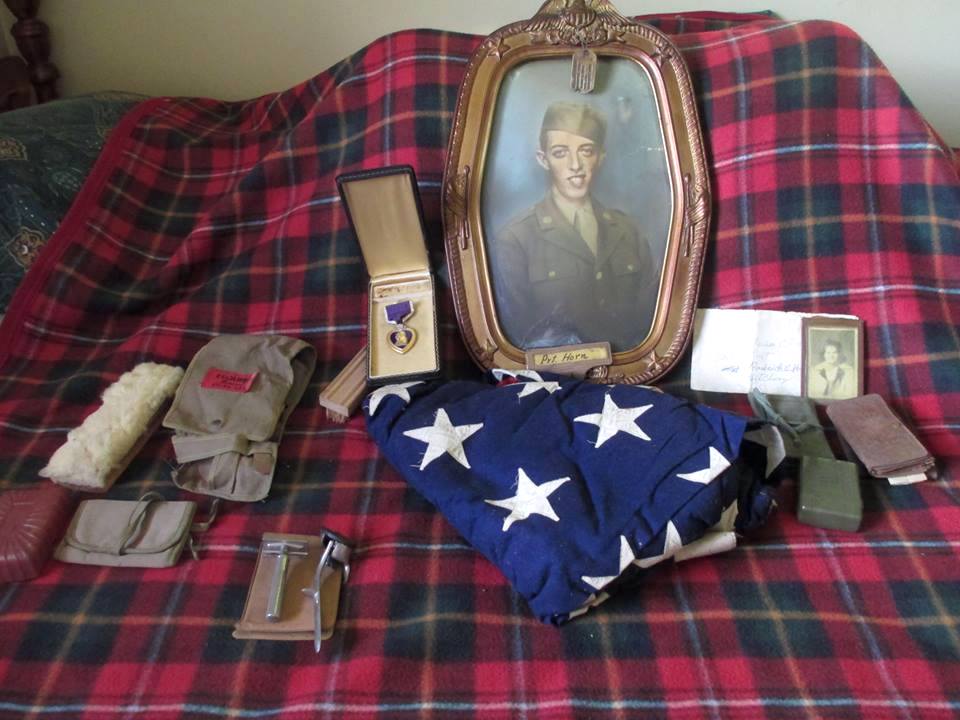 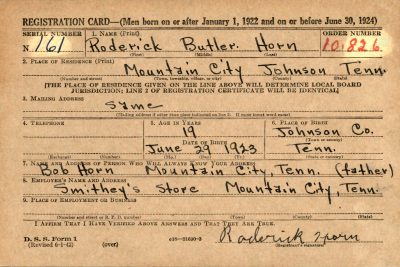