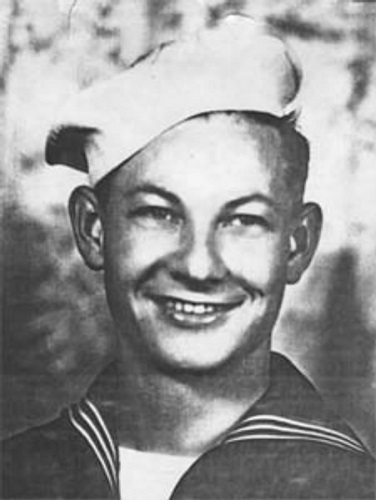 Killed in action 25 October 1944 at the Battle of Leyte Gulf. Shipped aboard the USS Gambier Bay CVE-73. On 25 October 1944 Gambier Bay was attached to Task Unit 77.4.3, known as Taffy 3. Was giving air support to the landing force retaking the Philippine Islands. While steaming off Samar they were suddenly suprised to see a Japanese Task force appear out of the mist. With most of the American heavy units diverted elsewhere, the small Task unit of destroyers and escort carriers attacked the superior Japanese force of cruisers and battleships. Gambier Bay launched her planes and fired her one 5-inch gun against the Japanese cruiser that was shelling her, while her destroyer escort attacked at point blank range. Gambier Bay went dead in the water and three enemy cruisers closed to point blank range. With the ship on fire she capsized and sank at 09h07. The majority of her 800 survivors were rescued by landing craft from the beach head. Also sunk in the action Destroyers Hoel DD-533, Samuel B. Roberts DE-413, and Johnston DD-557.
Memorialized at Manila American Cemetery, Philippines 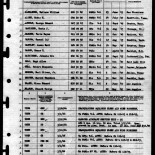