Aircraft B-17G with serial number 44-6702 departed from Calone, Italy on an aerial bombing mission to Berlin, Germany. The aircraft left the formation north of Crux, Czechoslovakia. According to the surviving crew members, Robert Creighton didn’t bail out as he was pinned to the floor because of the spin that the plane was in. Sgt Creighton was taken prisoner of war by the Germans and died the same day. He had completed 9 missions.

Statement from 2nd Lt Ray M. Griffits:
I saw ship #44-6702, flying in number 2 position, feather an engine and drop back in formation. He started to straggle and the tail gunner called in that he had been hit by a jet plane. His tail was shot off and he spun down. We did not notice any chutes. 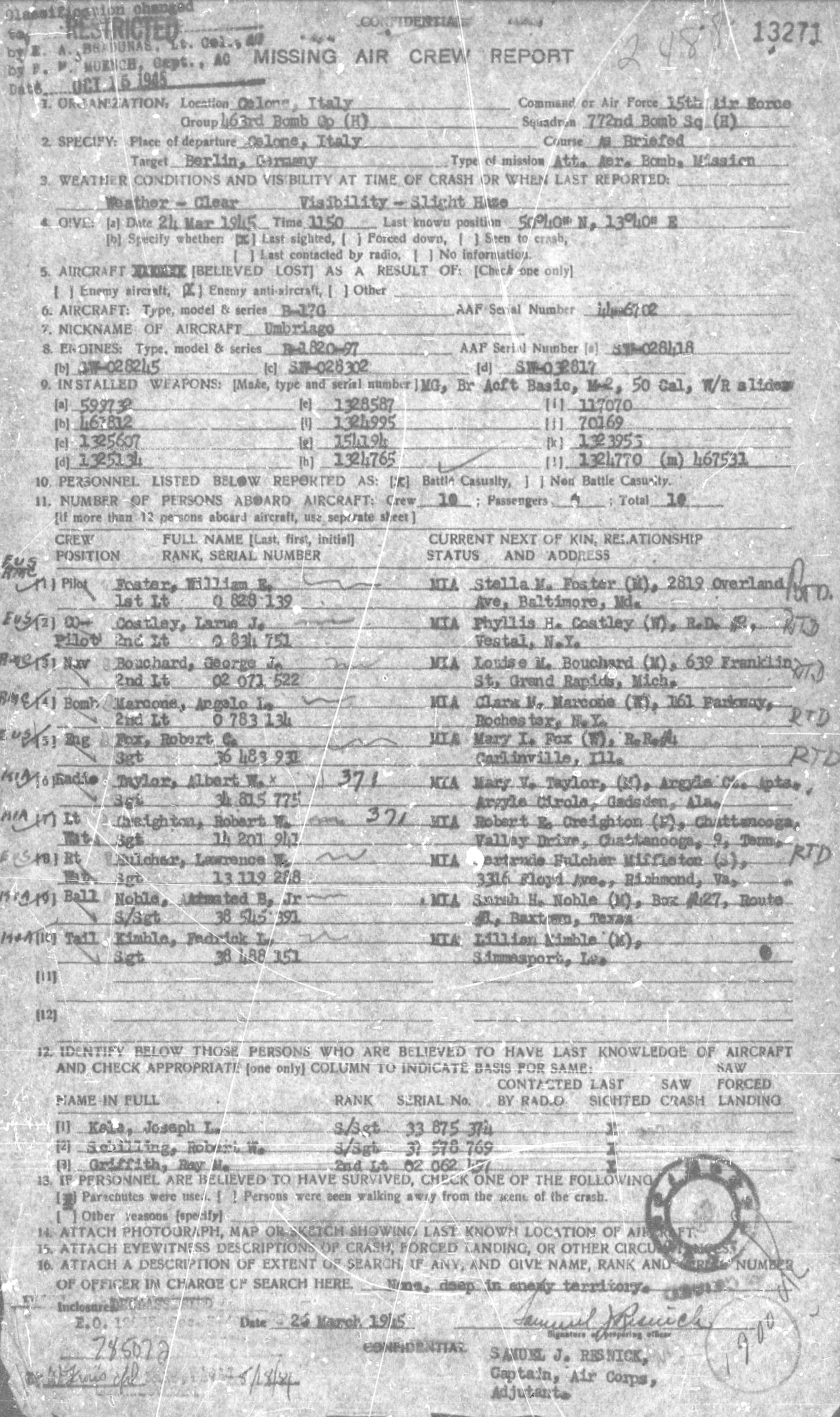 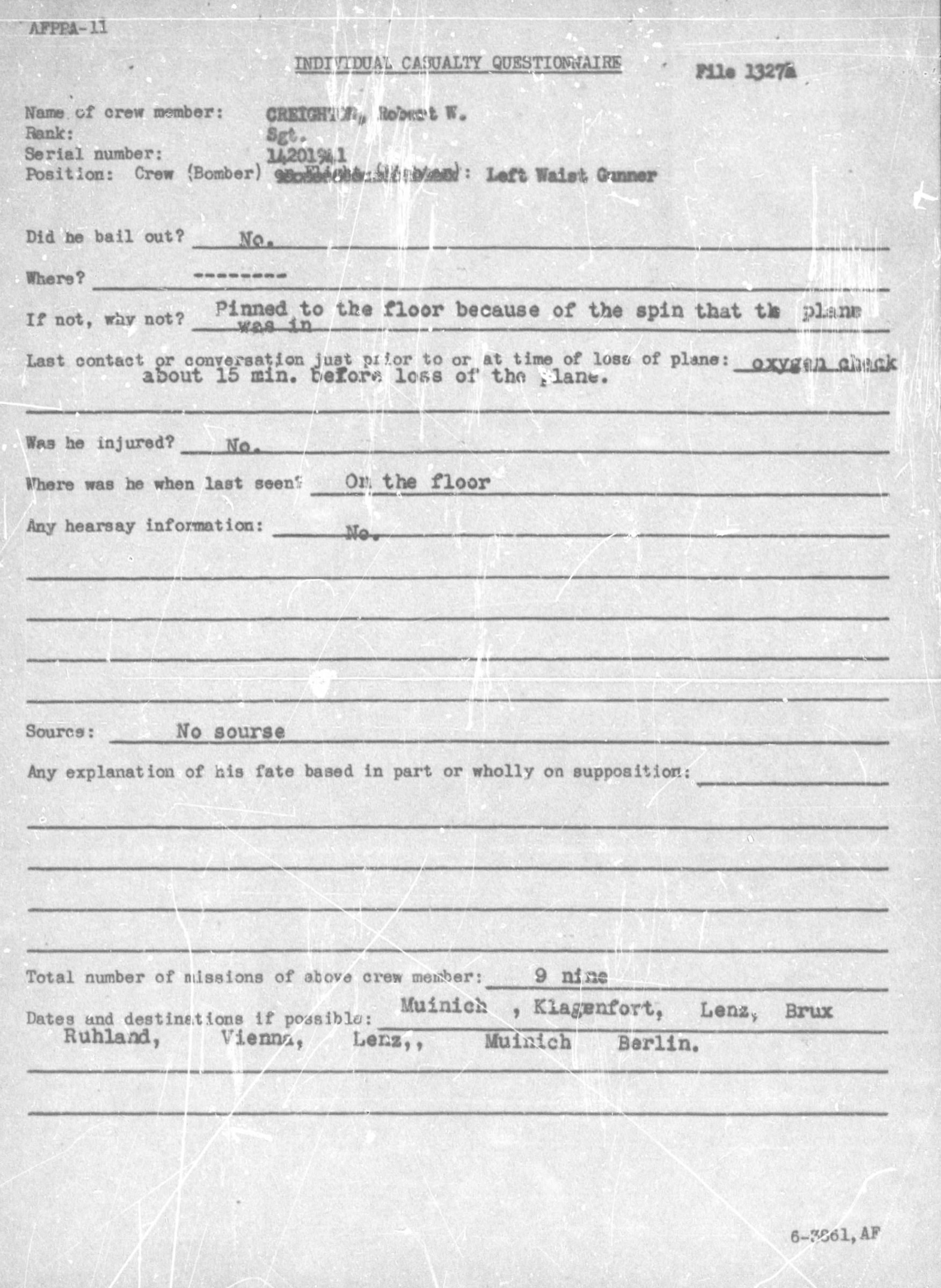 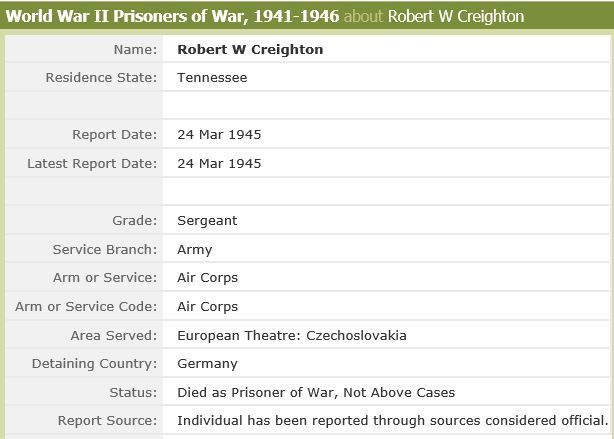