A Bronze Star Is Presented Father of Pfc. Romines at Fort Ceremony.
A Bronze Star posthumously awarded to a Chattanooga youth, Pfc. Robert S. Romines, Jr., was presented by Col. John A Hoag, commanding officer at Fort Oglethorpe, to Romines’ father, Robert S. Romines, Sr., in a simple ceremony at the post chapel yesterday afternoon.
The elder Romines is an employee of Cavalier corporation and lives at 627 East Terrace Street. The son, before he entered the army Nov. 10, 1942, also was employed at the Cavalier Corporation. He died in battle May 16 of this year on Okinawa.
The presentation of the medal to Romines was preceded by the reading by Capt. G.A. Martin, post adjutant, of the citation. It recorded two deeds performed by Pfc. Romines, an infantryman, in the following words; “By direction of the President, the Bronze Star Medal has been posthumously awarded to Pfc. Robert S. Romines for heroic achievement against the enemy on the island of Leyte, Philippine Islands, on Dec. 8, 1944, and on Okinawa on May 16, 1945. On Dec. 8, 1944, in the vicinity of Ipil, Pfc. Romines’ company was the assault company in an attack against heavily fortified enemy positions. Advancing across exposed terrain the company suddenly met extremely heavy enemy machine-gun and rifle fire delivered from carefully camouflaged pillboxes and bunkers. Private Romines’ platoon received the heaviest fire and suffered numerous casualties, necessitating its reorganization.
Pvt. Romines volunteered to go forward to a position from which he could cover the rescue party attempting to reach the wounded. He dashed forward, reached his position, and with well directed automatic rifle fire, neutralized the enemy positions while the wounded were being evacuated. His aggressiveness and devotion to duty reflected great credit upon him. Again, in the vicinity of Shuri, Okinawa, on May 16, Pvt. Romines was taking part in an assault against Flat Top Hill, a strongly entrenched enemy position, defended by machine guns, mortars and artillery. Fighting their way up steep slopes, our troops gained the summit but, because of heavy casualties inflicted by enemy fire, they were forced to re-establish their positions below the crest. Pvt. Romines, however, had moved far in front, and, observing several seriously wounded men attempting to crawl to the rear, he remained in his position covering their withdrawal with his automatic rifle. In this action he was mortally wounded. His self-sacrifice and courage were an inspiration to all.”
Colonel Hoag, in a few earnest words, expressed his personal sympathy and appreciation, then pinned the medal on the breast of the father’s coat. A color guard stood at the right of the altar during the ceremony, which ended with playing of national anthem and a brief benediction.
-The Chattanooga times Saturday, November 10, 1945

Private First Class Romines had enlisted at Fort Oglethorpe, Georgia on October 27, 1942. He was single, semiskilled in the fabrication of medal, and was a member of the Catholic Church. He was serving with the 307 Infanty Regiment, 77 Infantry Division.

He was returned to his hometown of Chattanooga after the war and laid to rest on February 9, 1949 at Chattanooga National Cemetery.

I have a document signed by the War Department, The Adjutant General’s Office in Washington 25, DC dated 31 January 1945 that says my Uncle was also awarded The Purple Heart Posthumously. The letter is signed by Major General Edward F. Witsell, Acting The Adjutant General.
-Submitted by Ernest Biddy, nephew 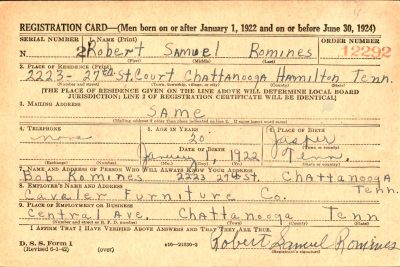 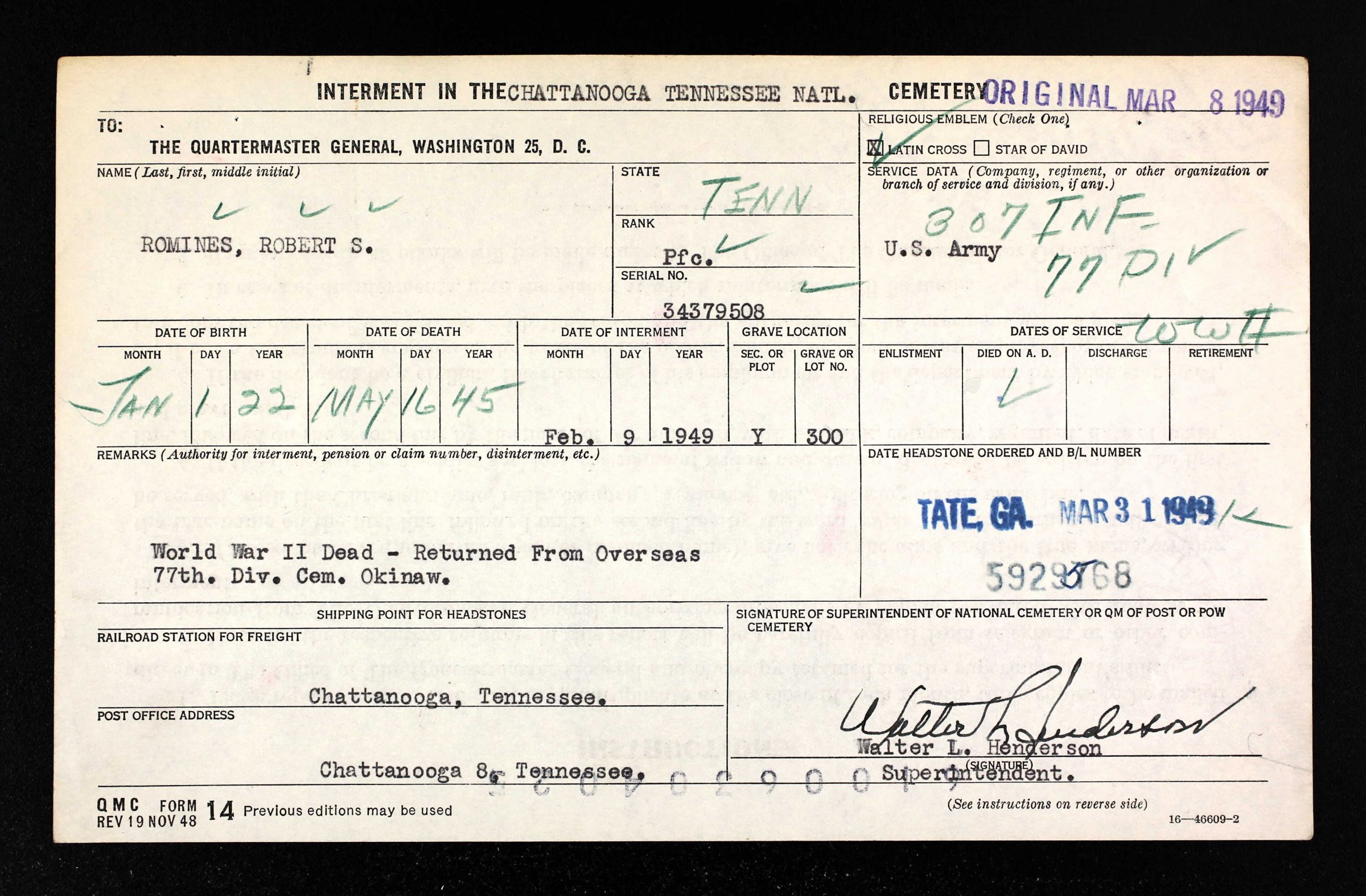 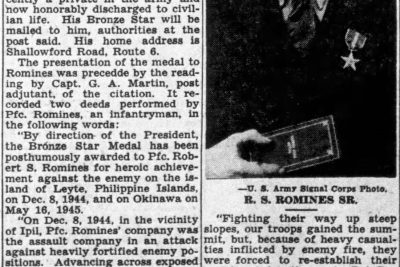 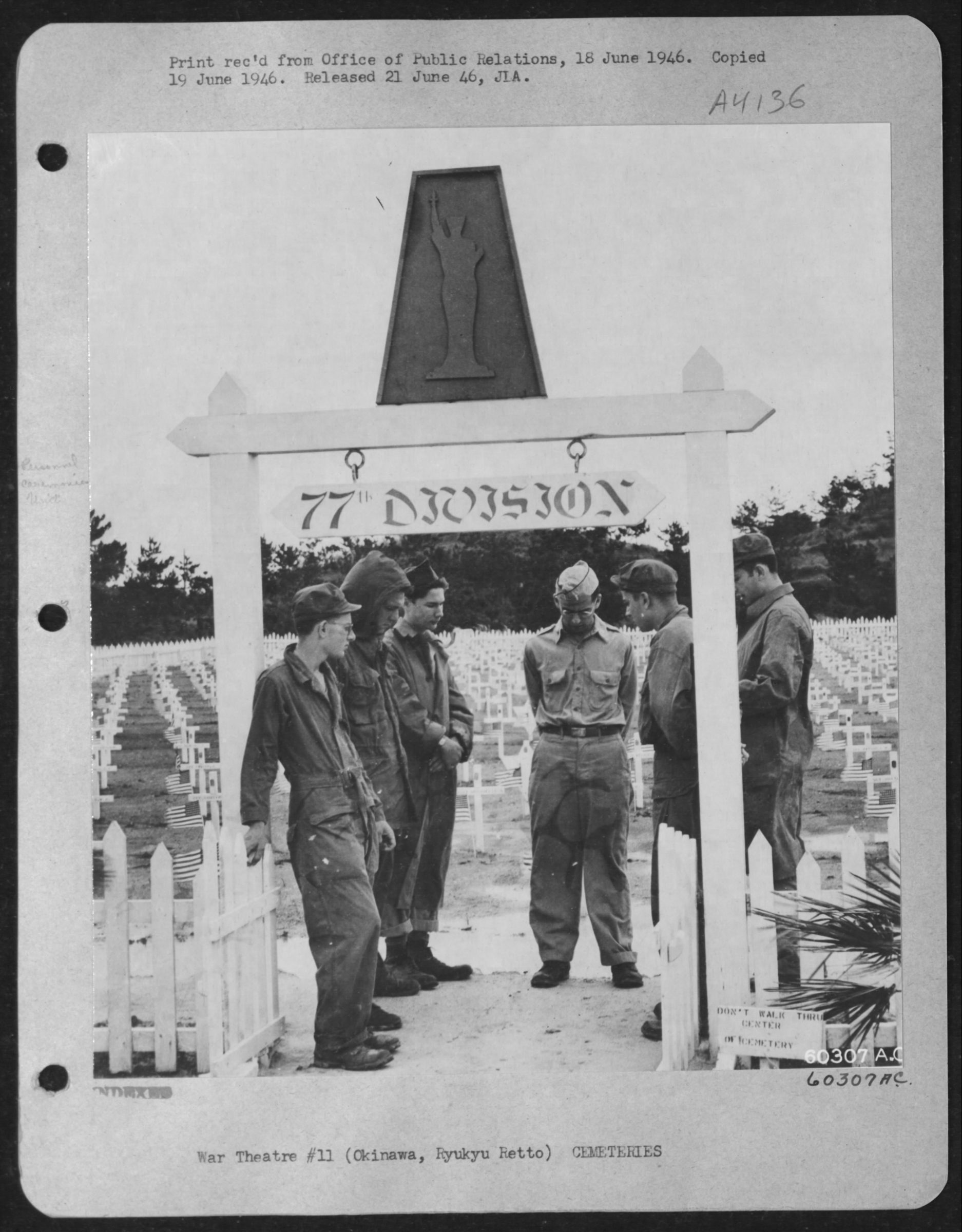 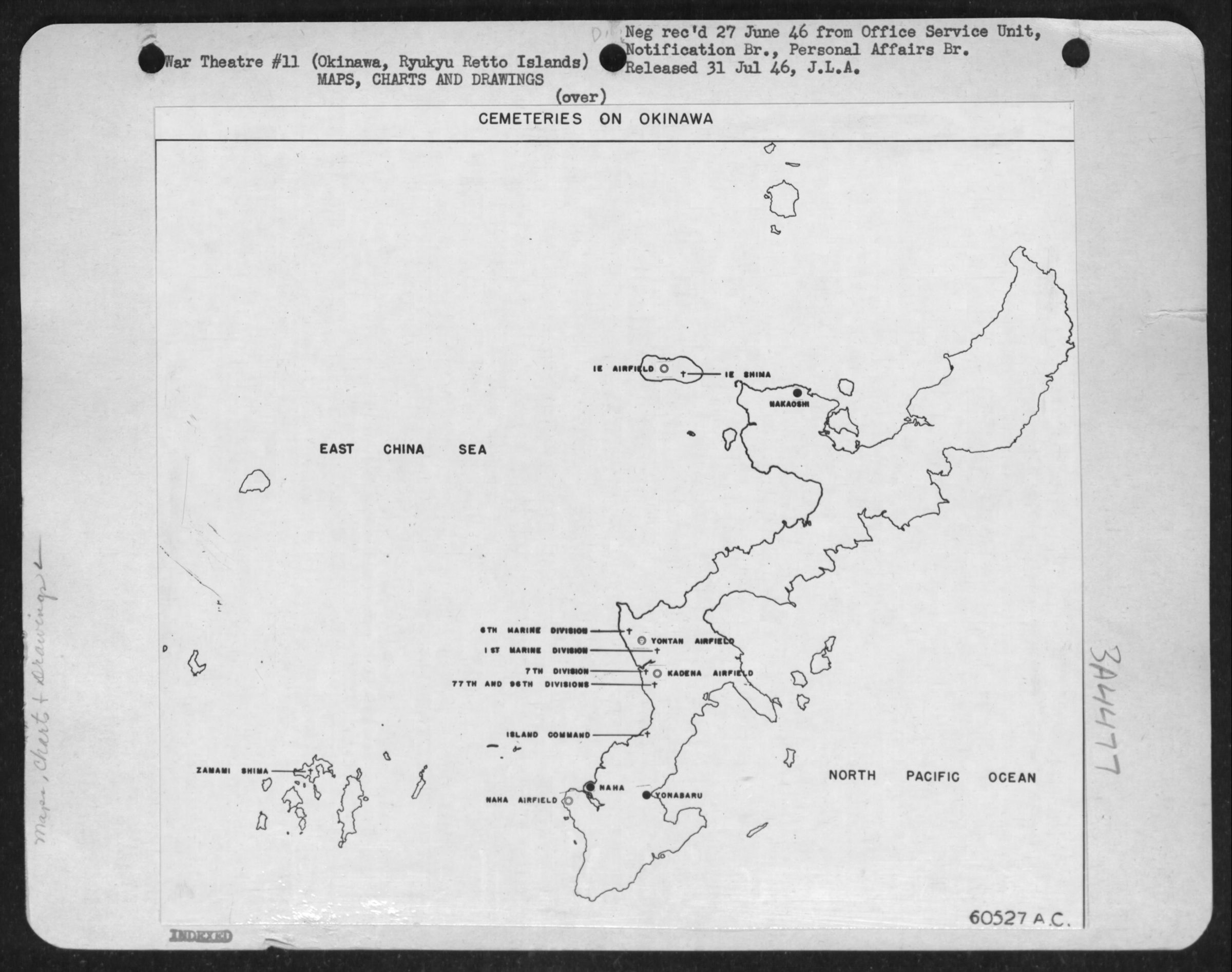 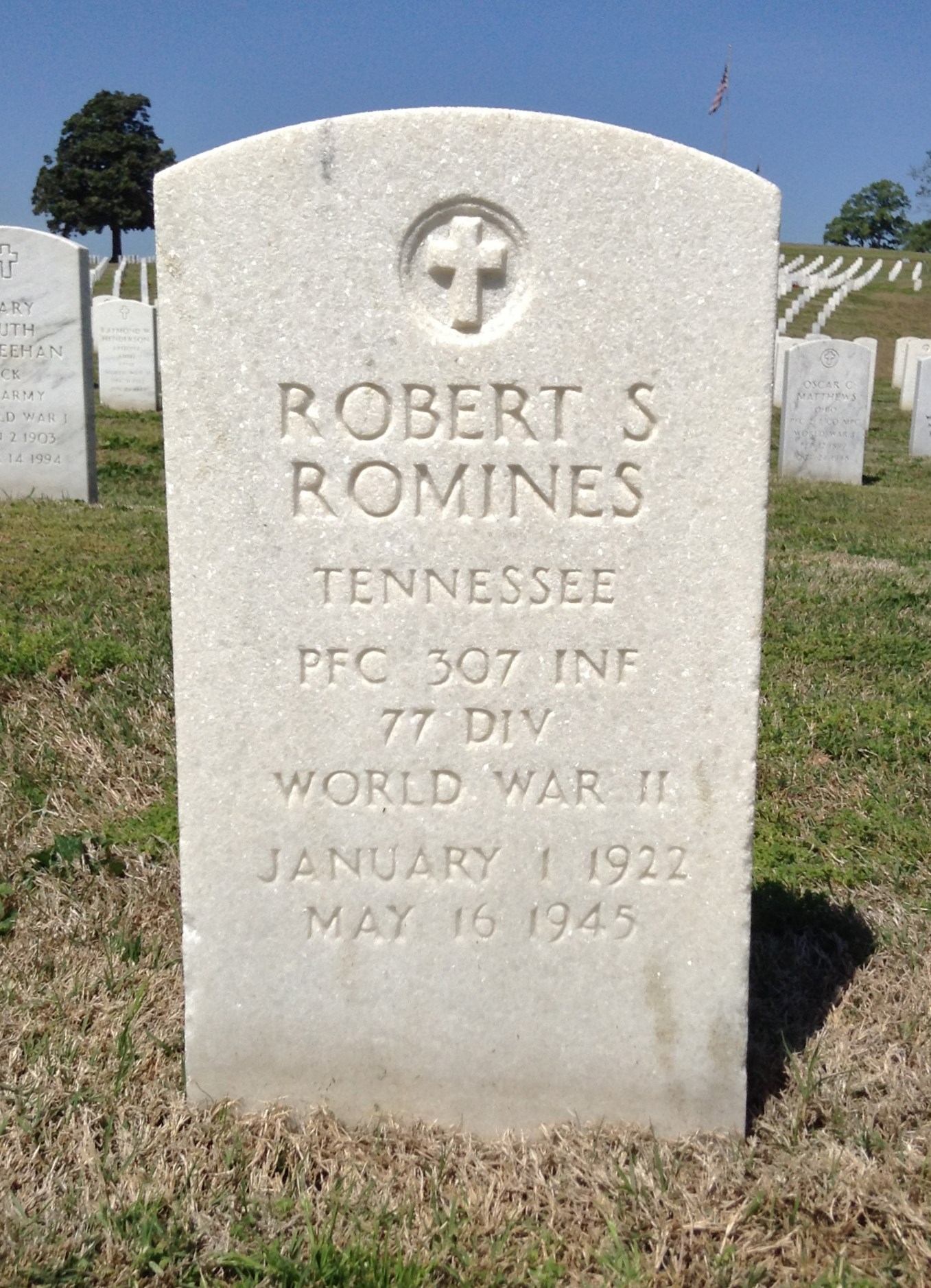