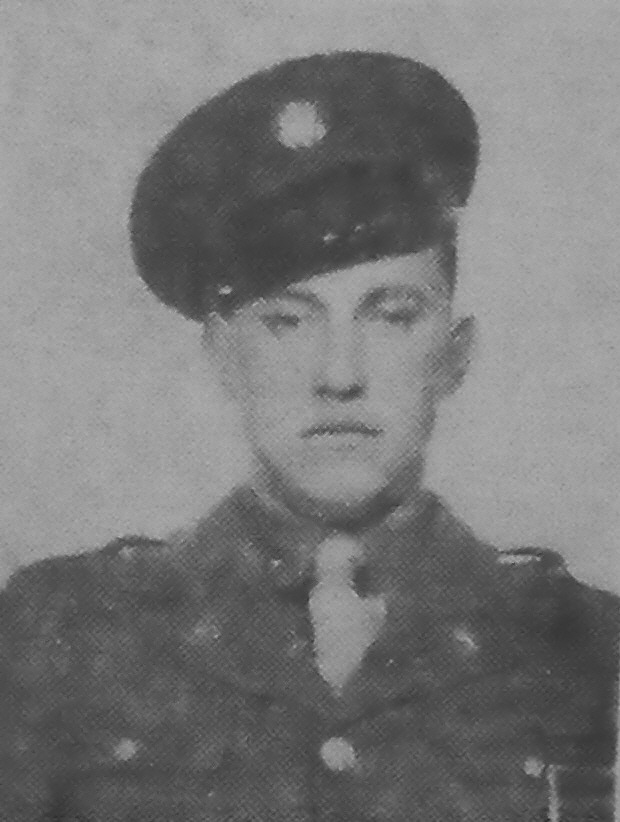 The Greenville Sun, October 20, 1944
Pfc. Robert S. Haren was killed in action on September 14th in Southern France, his parents, Mr. and Mrs. C.C. Haren of Afton, Rt. 2 have been notified. Pfc. Haren was in the heavy artillery. Before going overseas he was in the Coast Guard and spent nineteen months in the states serving in that capacity. He had been in the service twenty-two months.
Surviving in addition to his parents, are four brothers, Roy and Bill of Limestone, Rt. 4, Herman and Grover, of Kingsport and two sisters, Mrs. Arte Brown, of Afton Rt. 2 and Mrs. Fannie Kate Taylor of Baltimore, Md. 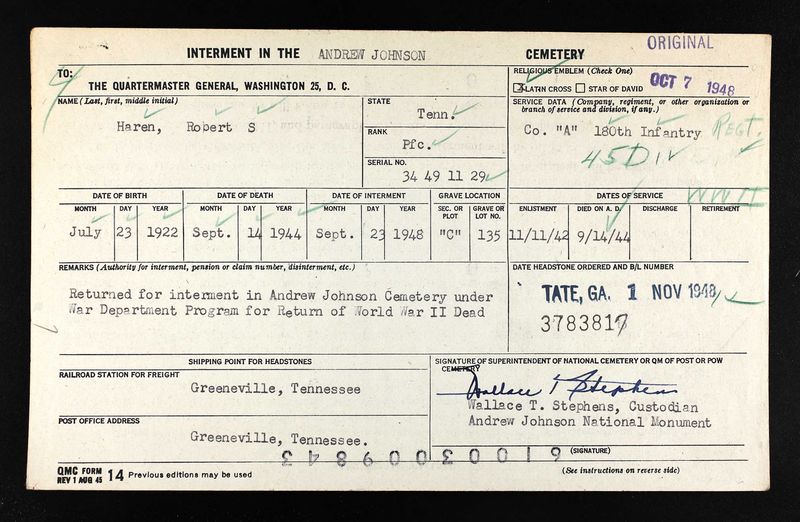