Aircraft C-47B, serial number 43-16350, nicknamed Able Baker, departed on 28 September 1945 from Hsian on an administrative mission to Liangshan AB, China. Bad weather and rain caused shorting out of radio equipment. The aircraft went missing between Liangshan and Peishiyi. Search was made by C-47 and L-5 on 29 September 1945. Weather prohibited flying on 30 September. Search was made in Liangshan area with no results.

On headstone with Frederick Patterson 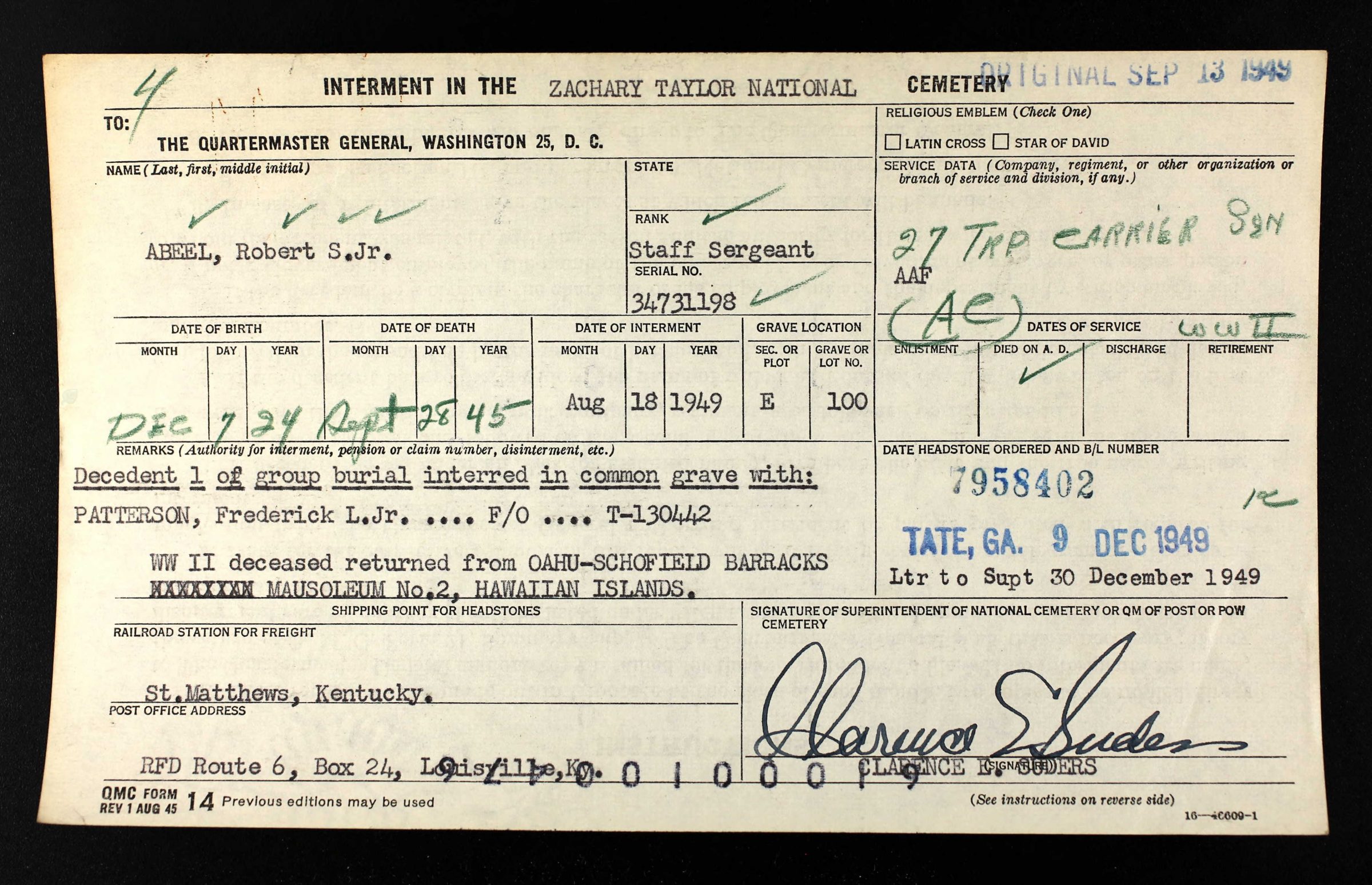 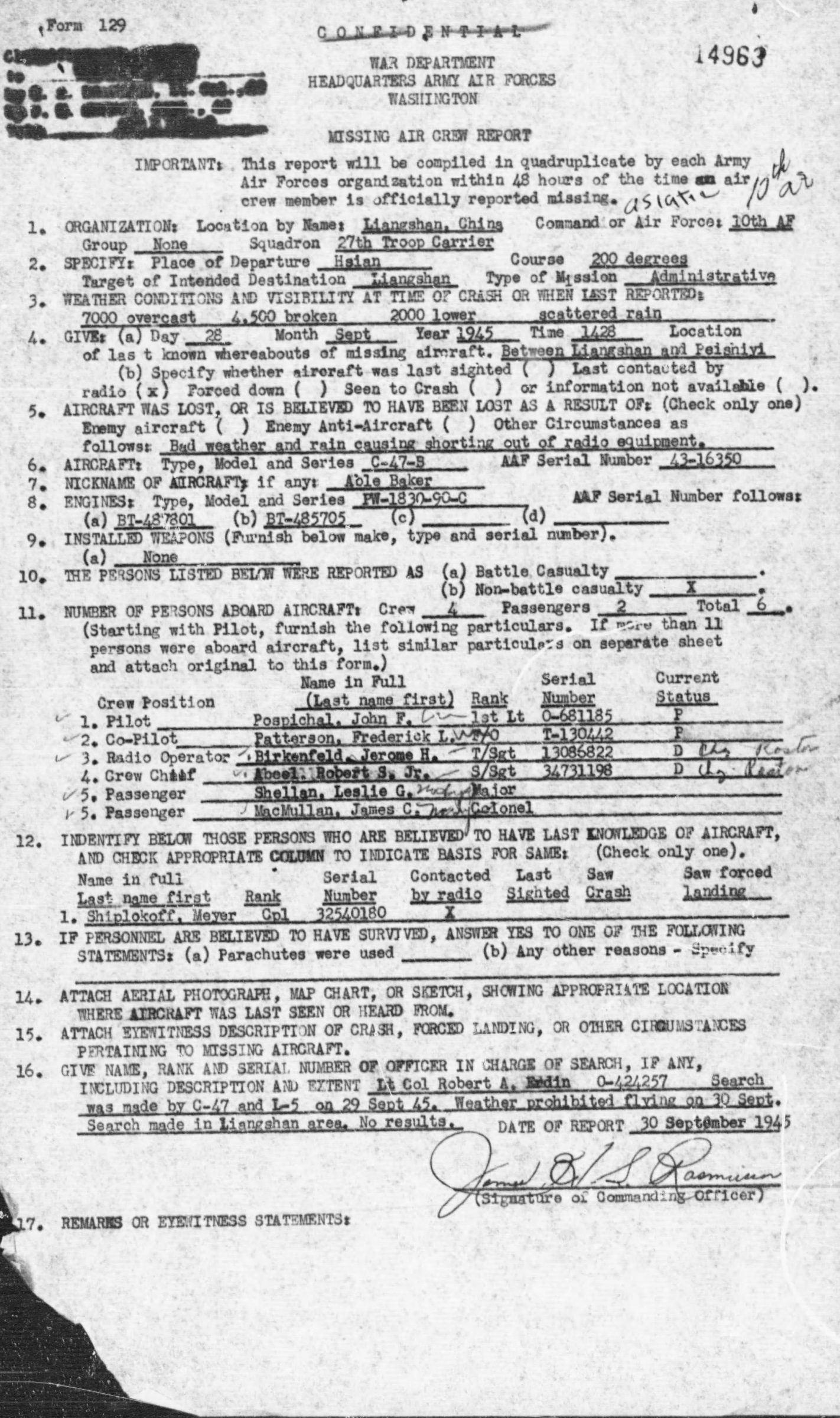