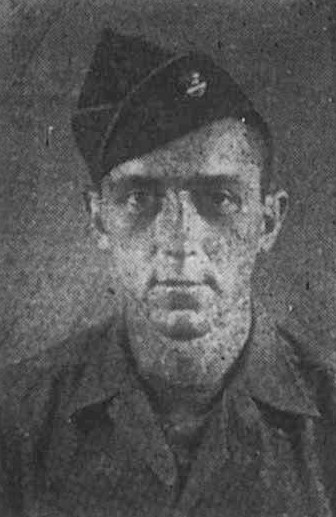 Rogersville Review, December 7, 1944:
Pfc. Robert R. Caldwell, son of Mr. and Mrs. George Caldwell of Church hill,Rt. 2, was killed in action Sept. 25, 1944 in Italy. He was 21 years of age. Robert entered service in May, 1943 and had been overseas since Dec. 4, 1943. He was employed at Tennessee Eastman before entering service. A brother, Pfc. John E. Caldwell, is somewhere in the South Pacific. Robert was with an outfit that fought almost continously for five months in driving the Germans to the Arno River before August.

Kingsport Times-News 24 November 1948:
The body of Pfc. Robert Ray Caldwell, son of George M. Caldwell, Church Hill, Route 2 will arrive at Clinchfield Railroad Station at 2:13 p.m. Wednesday accompanied by military escort. An honor guard of DeWitt Byrd Post, Veterans of Foreign Wars will meet the train and escort the body to Hamlett-Dobson Funeral home.
Private Caldwell, a mortar gunner, was killed in action in Italy September 25, 1944, at the age of 21. He was a member of the 351st Regiment, 88th Infantry Division of General Mark Clark’s Fifth Army.
His regiment was the first to arrive overseas, first to enter combat, first to arrive in Italy, first to earn a Distinguished Service Cross and first to receive a battlefield promotion. Private Caldwwell wore the Combat Infantrymans badge among other decorations.
He was born and lived in the McPheeters Bend section of Hawkins County, attended grade school there and was graduated from Church Hill High School, where he was a member of the basketball team, in the class of 1942. Prior to entering the service May 10, 1943, he was employed in the Tennessee Eastman Corporation yarn plant. In addition to his father, he is survived by a brother, John E. Caldwell, also of Church Hill Route 2. Funeral services will be held at 3 p.m. Sunday at McPheeter´s Bend Baptist Church, with burial in the City Cemetery. 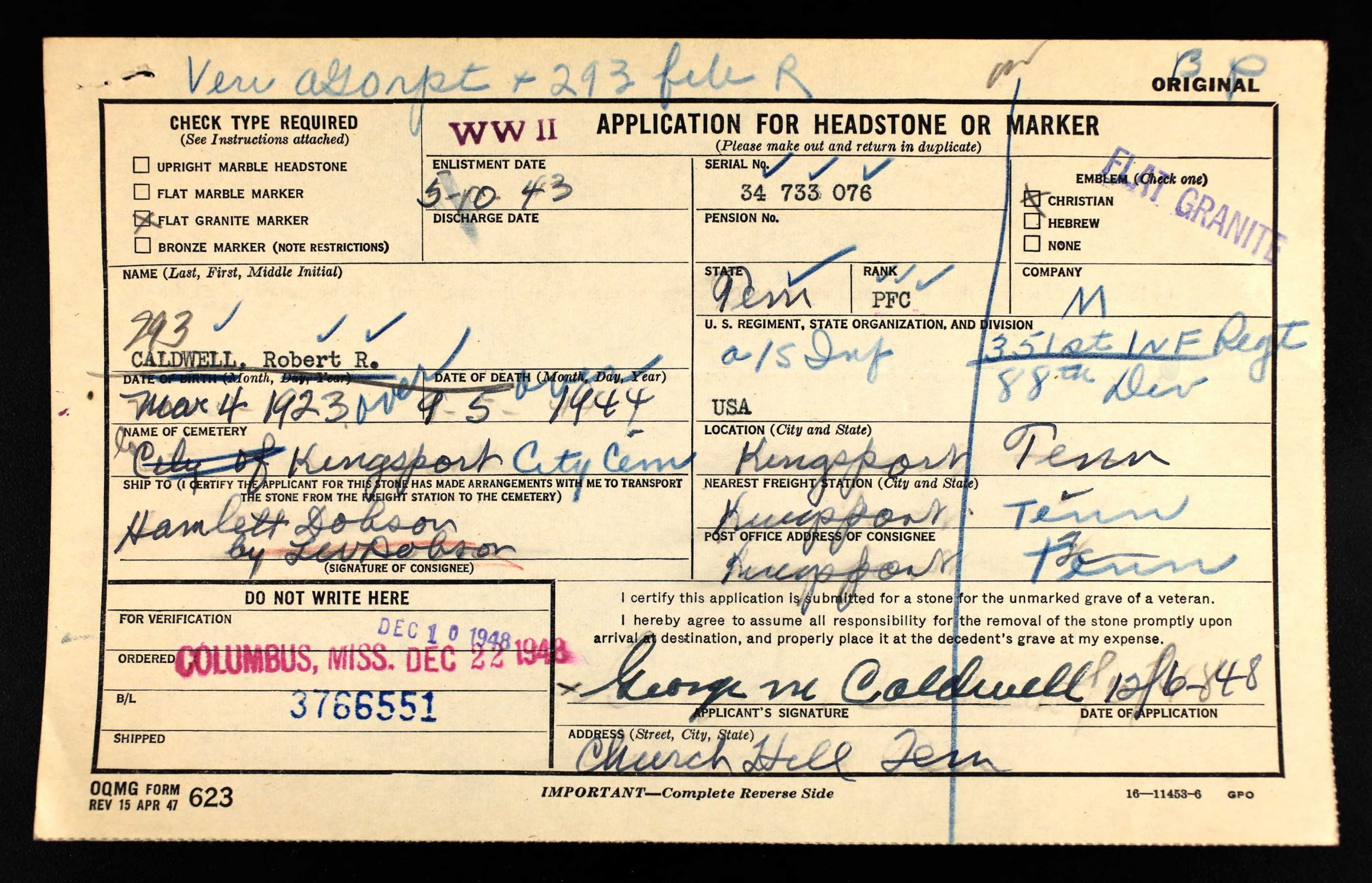