Mr. and Mrs. Robert Y. Wilson of Sweetwater have been notified by the War Department that their son, T-5 Robert Paul Wilson, died at Cabantuan Prisoner of War Camp on July 6, 1942. Until they received this telegram, no official word had been received since June, 1942, when he was listed as missing since the surrender of Bataan on April 9, 1942. Cpl. Wilson enlisted in the Air Corps in October, 1940. He survived the infamous “death march” to O’Donnell Prison Camp and back to Cabantuan, his parents learned from the only surviving officer of the 84th Material Squadron, to which he belonged. Besides his parents, he is survived by four sisters and one brother-Miss Ruth Wilson, Washington, Miss Mary M. Wilson, Chattanooga, Misses Minnie Sue and Nancy Wilson, Sweetwater, and Edd V. Wilson of Sweetwater. 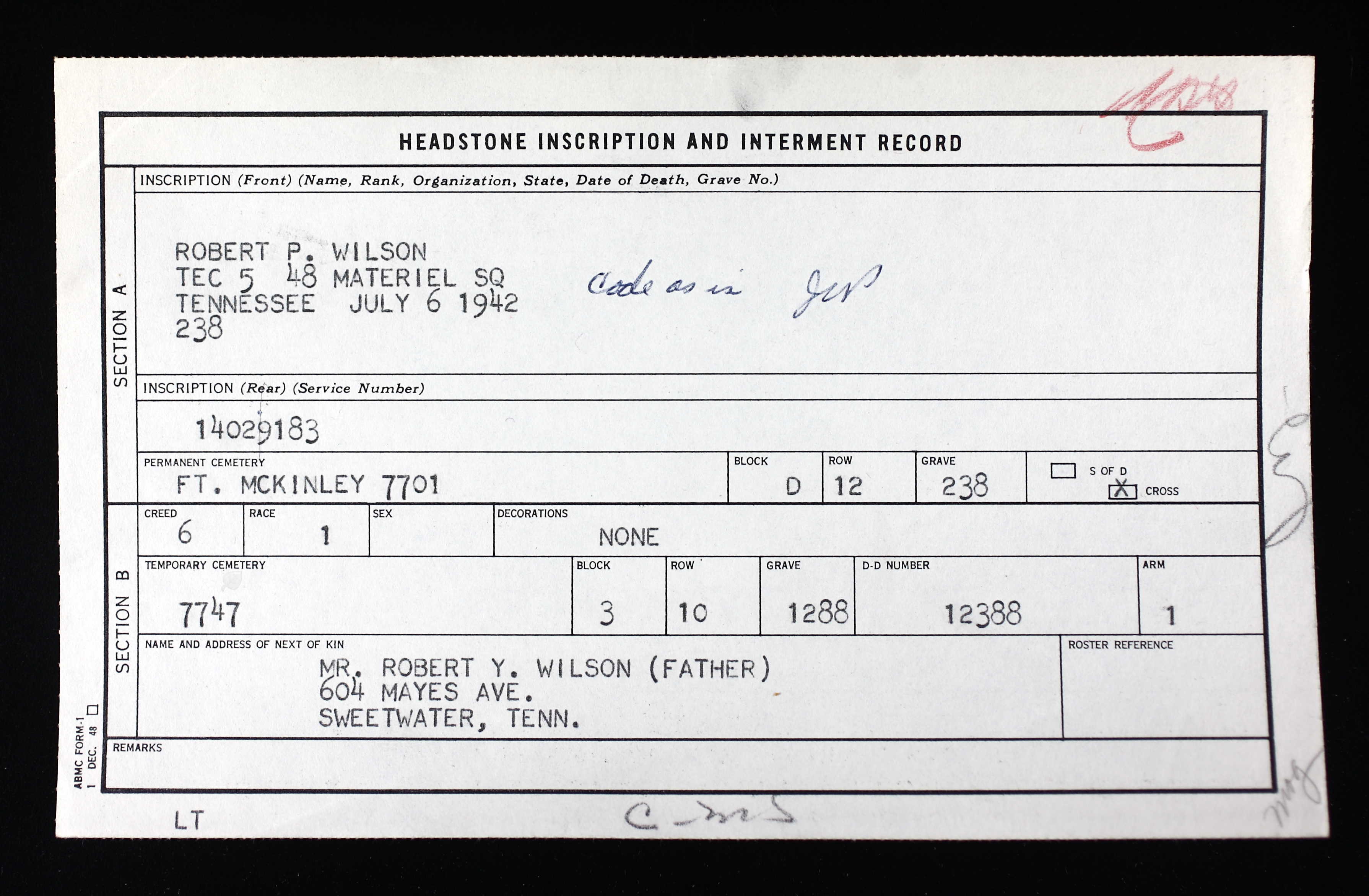