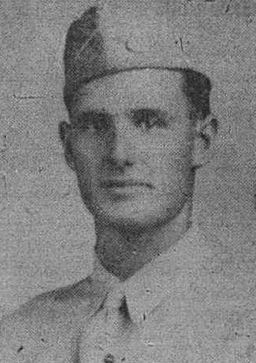 Newspaper account:
Staff Sgt. Robert Oscar Dotson is reported missing in action since July 26. Sgt. Dotson entered the service in 1941 and had been overseas since January 19th. He is the son of the late Rev. O.R. and Mary Jane Dotson. He also has a wife and child, four brothers and one sister. It is hoped he may yet be living.

His widow’s obituary:
Addie Lucille Saffles, age 86, Maryville, passed away Wednesday, Sept. 23, 2009, at her home. She was a member of Broadway Baptist Church and was preceded in death by her first husband, Robert Oscar Dotson, who died during World War 11; and their first baby daughter, Norma Dotson; Harrison Frank Saffles…..

The Maryville and Alcoa Daily Times, August 31, 1945
Memorial services will be held Sunday afternoon at Dotson Memorial church for S-Sgt. Robert O. Dotson, who was killed on July 26, 1944, while serving with the 117th Infantry in France. He is survived by his wife, Lucile Graham Dotson and baby daughter Mildred, four brothers, Rev. Jimmie Dotson, pastor of Everett Hill Baptist church, Henry, Luther and Tip Dotson, all of Maryville, and one sister, Mrs. Nell Shearl of Knoxville. 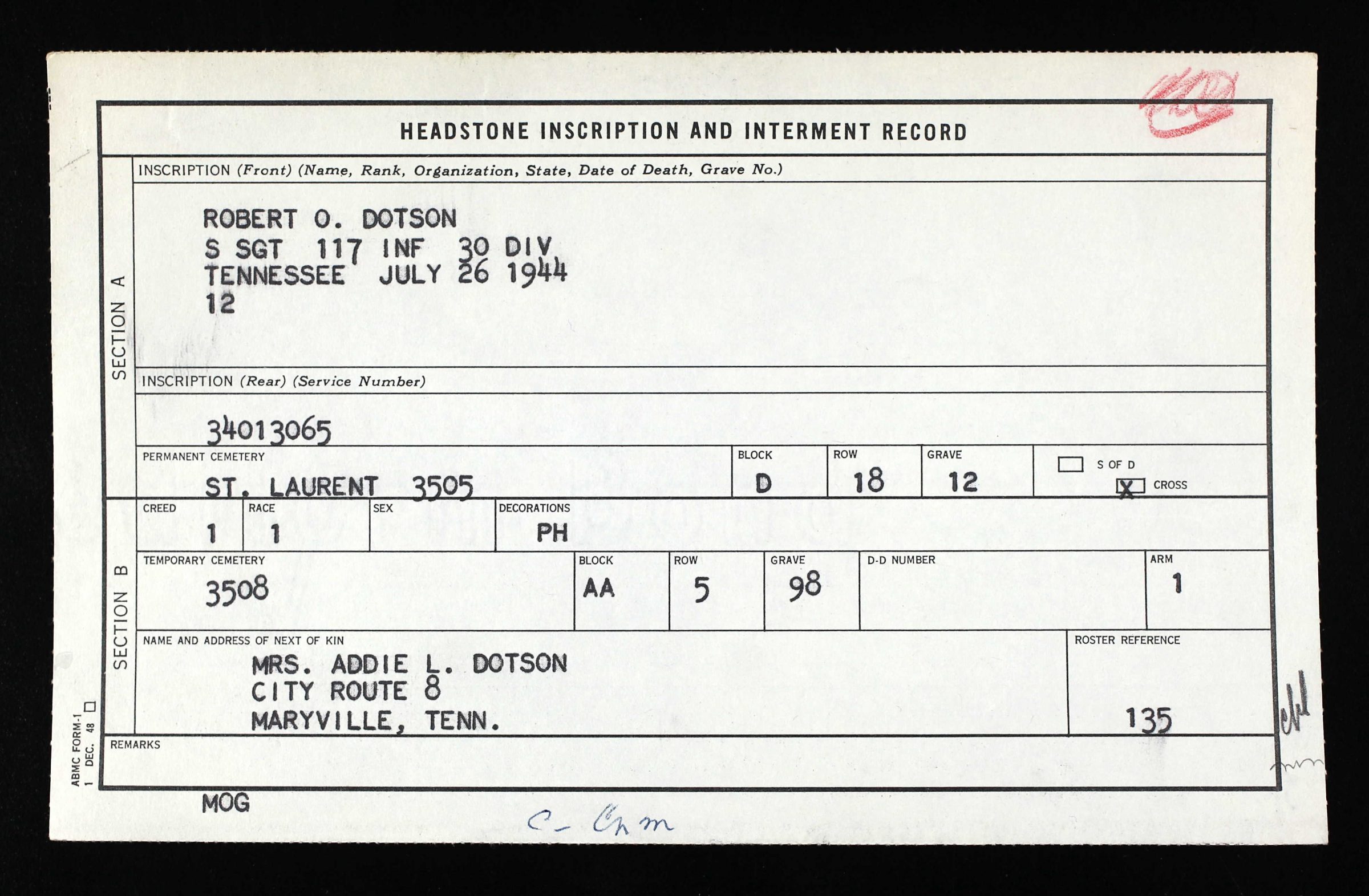 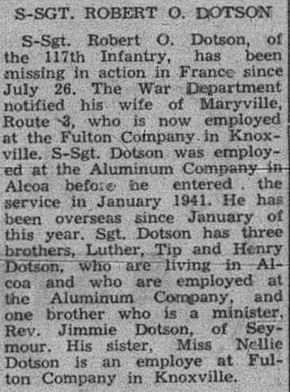 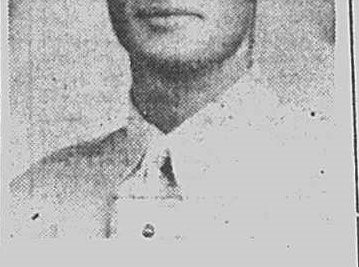